Colin Stone is a production journalist for STV. His job involves chasing stories, live reporting and reading the news on national television.

At just 24, Colin is a rising star within Scottish media. That doesn’t mean he knows how to tie a tie though… 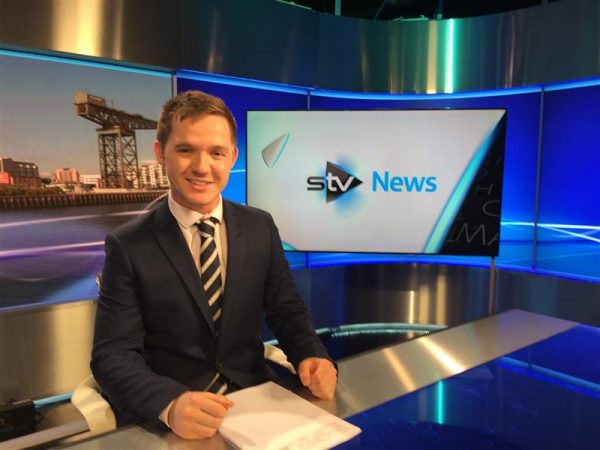 Q: You’re young to be reading the news on national TV! How did you get to where you are today?

I began getting my first freelance radio reporter shifts in 2013; from there, I joined YOUR Radio in Clydebank as a broadcast journalist; then in May 2014 I joined STV Glasgow just prior to its launch. Finally I found my way over to STV News in January this year.

Q: What sort of training did you do?

I grew up in the very far north of Scotland and went to Thurso High School – shoutout to Mr Frame who almost convinced me to be a music teacher – but instead I began studying Multimedia Journalism at Glasgow Caledonian University in 2009, graduating four years later. I couldn’t have asked for a better place to learn: the facilities and lecturers they have are second to none.

Q: What are the most exciting parts of your job?

The buzz you get when you realise what you’re saying is going out on live television is like nothing else. As with most journalists, I also really enjoy covering breaking or developing stories, especially ones with national importance. 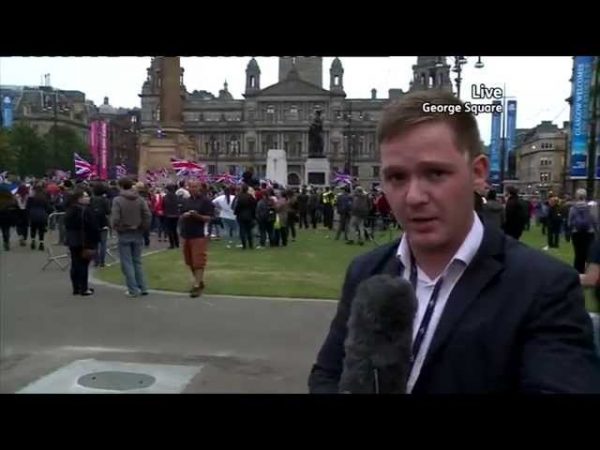 Colin reported live from protests in George Square during the referendum.

Q:What are the worst parts?

It sounds ridiculous but for me it’s having to tie a tie. I honestly cannot do it. John Mackay has given me at least three lessons and I’ve watched endless YouTube tutorials, but there’s always something not quite right with it!

Give me a T-shirt and jeans any day. Although I’m not sure they’d let me report while wearing a faded CM Punk shirt. 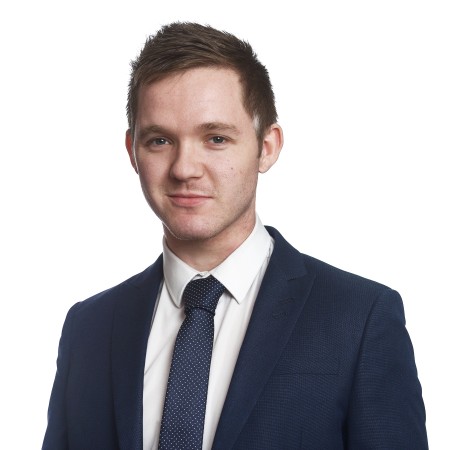 Q:What’s the best thing you’ve ever done at work?

I’ve been extremely lucky to have had some amazing experiences on live TV. I’ve covered the Commonwealth Games in 2014, the Ryder Cup, the independence referendum (and the following night in George Square) – but I think the best/maddest thing I’ve ever done is a live broadcast on a speedboat going 50mph down the River Clyde. That, or abseiling off the Finnieston Crane.

Q:What do people incorrectly assume about your job?

People tend to think that since we’re on TV, we must be absolutely loaded. If only that were true…

Q:What advice would you give up-and-coming journalists who want to get to your position?

Get as much work experience as you can, do student/local radio, start a blog, record podcasts, write for online publications –anything that will enhance your CV. Basically, try everything in the media and don’t pigeon hole yourself because you never know what you might end up enjoying!

You can watch Colin on STV News bulletins throughout the day. If you’re interested in following in his footsteps, why not click here to check out Glasgow Caledonian’s BA course?