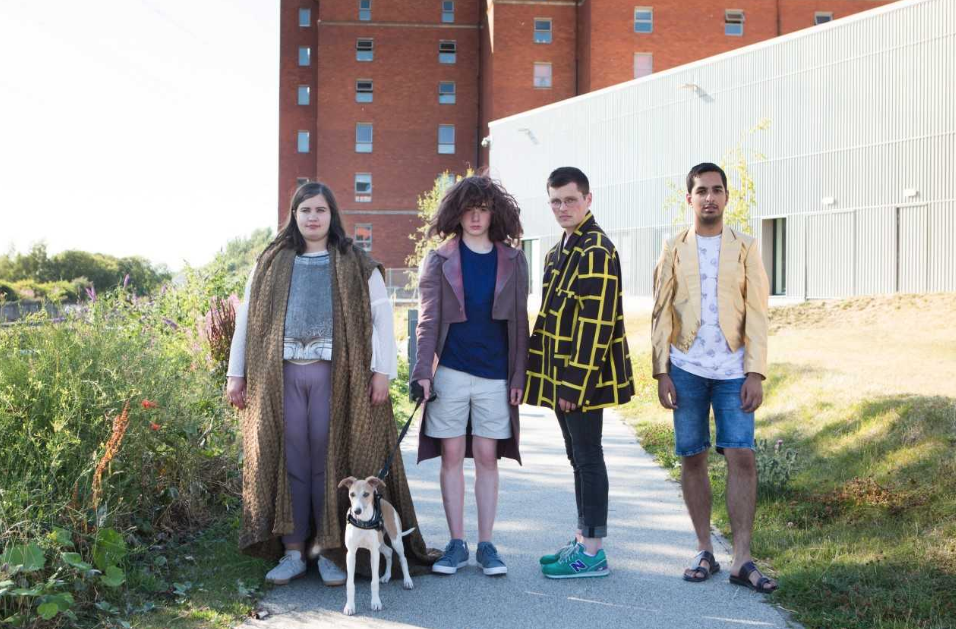 Futureproof, National Theatre of Scotland’s major radical new festival of international performing arts, is opening in ten locations across Scotland. The month long festival, taking place in October, has been co-created and designed by the young people of Scotland to celebrate Scotland’s Year of Young People 2018. Ten international companies, ten locations, ten new productions and all co-created by the young people of Scotland.

The Futureproof festival began back in February when ten leading UK and international companies, specialising in daring new work, came to Scotland, embedded themselves in the local communities and worked with local young groups to co-create, design, develop and stage a new performance in each area. These companies came from across the world to share their audacious ideas with the groups and inspire them to create new and exciting work.  The nationwide festival is co-curated and creatively led by Lucy Gaizely of multi-disciplinary performance company 21Common.

The artists involved include, Rimini Protokoll who works with choirs in Paisley to create Do’s & Don’ts – a truck ride round Paisley like no other. Jess Thom of TourettesHero who works with disabled young people in the Highlands to create Hacks for the Future – an extravaganza of installations, performances and discussions at Eden Court, Mammalian Diving Reflex who is based in Shetland to create The World is a Wedding, the Presentation of Unst in Everyday Life – a sociological experiment with a song or two in Lerwick and Unst. Empathy Museum in Moray brings A Mile in my Shoes  – a giant shoe box located in Forres and Elgin where the audience can walk a mile in someone’s shoes while listening to their story. AKHE in Aberdeen creates reWIND Perspective – a site-specific piece of physical theatre with kites, illusions and sound on Aberdeen Beach.

Junction 25/Glas(s) Performance who have been working closely with young male offenders at HMP YOI Polmont to create MOTION – exploring questions of identity and inheritance and being a young man in Scotland today. Back to Back Theatre has been filming with young people in Dundee to produce RADIAL –a film and music video of a community and landscape in motion being shown at Bonar Hall. Greg Sinclair works with 12 local teenagers in Glenrothes to create Lots & Not Lots –a concert of voice and movement at Rothes Hall giving a glimpse in to their personalities. Campo works in South Ayrshire to create Wild Life FM – a staged live radio show at The Gaiety, Ayr talking about what it is like to be young in Scotland. Project X have been working with young people in Edinburgh to create Chronicles – a new piece of immersive dance theatre which promenades through the National Museum of Scotland.

Young people’s stories, experiences and views on the world will be shared in radical theatrical ways through audio headsets, the flying of kites, film, radio transmissions, installations, songs, truck rides, fashion and dance.

A way of becoming involved in Futureproof is through the Futureproof Passport. If you are aged between 14-26 years old, love theatre and fancy trying something new in 2018 then sign up for free to access £5 theatre tickets across many of National Theatre of Scotland’s performances in 2018. Sign up here.