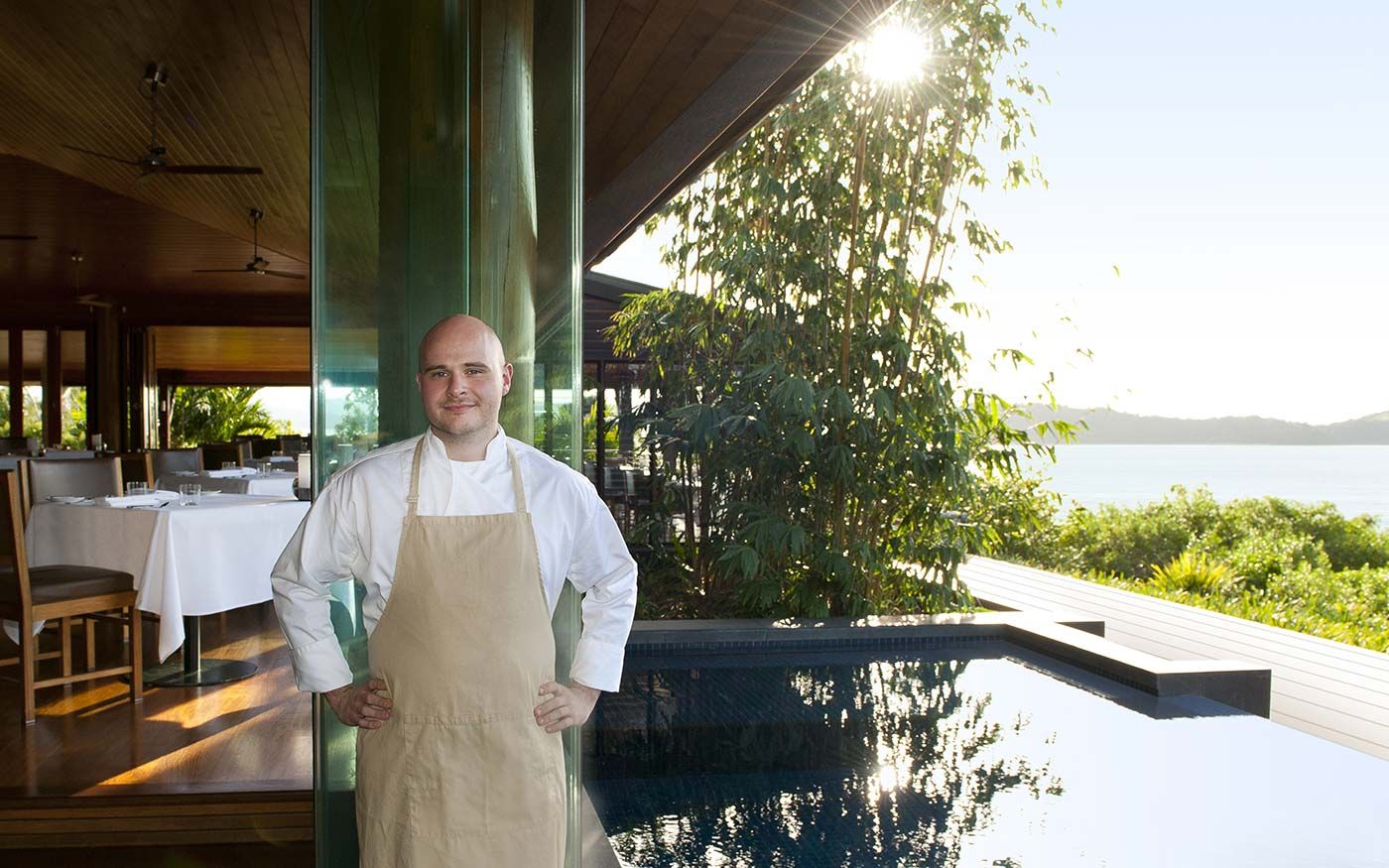 Leaving school is a daunting prospect for anyone, especially if you don’t have a job or further education options lined up. From the east end of Glasgow to the north east of Australia, Alastair Waddell has turned a part-time pub job into an exotic flourishing career in the kitchen. An award-winning Executive Chef at one of the most exclusive resorts in the world, qualia on Hamilton Island, he spoke to Source about his route to the top.

A lot of Source readers are in the process of figuring out what they want to do with their lives – did you have your career path planned out?

To be honest, I had no idea what I wanted to do after I finished school!  My short term goal come fifthyear was to get the best grades possible and look at courses that may open up a few options for me.  I left with eight Standard Grades (seven at credit level) and three Highers – all Cs.

How did you get involved in the restaurant industry?

While in my last year at school I took a part-time job in the kitchen at the local family pub/restaurant (the Springcroft, Brewers Fayre in Baillieston). It was a chain of restaurants which didn’t so much focus on quality, however it introduced me to the world of work in the kitchen which I found to be enjoyable and rewarding.

When did you decide that was what you wanted to do permanently?

At some point throughout that year I decided I was going to give it go as a career. There was no thought on cooking as a career before that. Quite simply, I had found something that I enjoyed being a part of and seemed to have potential at. Choosing to become a chef as a career path often raises a few eyebrows because it is a demanding profession with long hours and little glamour (contrary to what TV shows may have you believe!) and a few colleagues and family members made me question if it was the right decision, but I think I knew it was. It was the first time I had felt enthused and inspired about work.

What is it you enjoy the most about your job?

The best part about the job is it is a profession that allows you to travel – if you have qualifications and reasonable experience, the world is your oyster. Amazing opportunities exist the world over for young chefs looking to move about. Creativity is another. It doesn’t always exist at the lower level but working on new dishes, ideas, and concepts is what keeps driving me forward.

Downsides could be the hours and demands. The hours never bothered me as I accepted when I was young that if I wanted to cook at a high level then sacrifices would have to be made.  It’s just about managing your lifestyle.

I first came to Australia in 2006. I had just finished a three-year stint at Cameron House on Loch Lomond and was ready to relax and explore. I did a round the world trip with four friends, spending about nine months in Australia on a working holiday visa which allows you full worker’s rights for 12 months so I picked up some part-time chef work to help top up the funds. I loved Australia and planned to return the following year, so in 2008 I moved back on a second working holiday visa spending most of my time in Melbourne. An amazing city! Towards the end of my visa, the Melbourne winter weather was getting the better of me so I found work at qualia resort on Hamilton Island in North Queensland. The company offered me sponsorship which would lock me in for four years and I jumped at the chance. I worked as Executive Sous Chef until late 2011 when I was given the opportunity to take over as Executive Chef, which I’ve been doing ever since.

Would you recommend travelling?

Yeah, a working holiday is a great chance to see Australia and pick up work when required. Like for myself it opened the door to sponsorship and long term employment.

What does the future hold for you – any plans to move back home to Scotland?

Australia is an amazing country, hugely diverse from state to state and very multi-cultural. I met my wife here and she is strongly against cold weather so I guess a move back to Scotland isn’t on the cards right now! I am not sure what our next move will be after Hamilton Island but we are happy here just now.