As the celebrities make their final decisions on choosing the perfect outfit for the red carpet and we chose the perfect flavour of crisps to scoff in front of the telly, it can only mean one thing: The Brits are back. You can watch the live show on Wednesday night from 8pm on ITV, but before you do, allow us to fill you in on our BRIT Award 2013 predictions for the big night…

MasterCard British Album of the Year

With Alt-J, Emeli Sandé, Paloma Faith, Plan B and Mumford and Sons all up for this huge accolade, the standards are undoubtedly incredibly high. However, for the MasterCard British Album of the Year award, our money is on the gods of folk – Mumford and Sons to scoop the prize for their incredible album Babel.

With 15 acts up for the Best British Single award, it’s an incredibly close call with some huge contenders in there from Florence and the Machine to Jessie J. Here at Source, we reckon the queen of ballads, Adele, will grab herself another award to add to her already huge collection with the stunning ‘Skyfall’.

Best Live Act: the category full of heavy weights. We’ve got Mumford and Sons, Coldplay, The Rolling Stones, Muse and The Vaccines all up for award and although The Vaccines have enjoyed incredible success with their live gigs in the last few years, we predict that old favourites Coldplay or The Rolling Stones might pip them to the post. 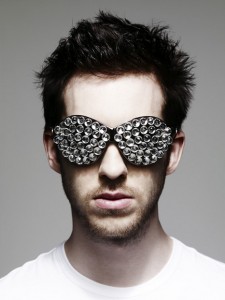 Some unsurprising entrants in this category and then two you might not be so familiar with. Olly Murs, Plan B and Calvin Harris all make an appearance as well as Ben Howard and Richard Hawley. We have our fingers crossed that after achieving more amazing success in 2012, Scottish boy Calvin Harris will take home the award for Best British Male Solo Artist at this years BRIT Awards.

Bat for Lashes, Emeli Sandé, Paloma Faith and Jessie Ware are all up for Best Female Solo Artist as well as the late Amy Winehouse. We would love to see the prize awarded to Amy but we have high hopes that the girl from Aberdeen with the amazing voice, Emeli Sandé will walk away with the accolade.

Guess who appears on this list? That’s right, incredibly unsurprisingly – One Direction. They are joined by the much better Alt-J, Muse and Mumford and Sons as the nominees for the Best British Group category and although we think there’s a strong possibility the 1D boys might scoop the prize due to their enormous fan base, we hope that Alt-J are recognised here for their success in 2012/2013. 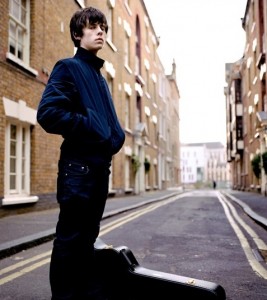 JAKE BUGG – is he a winner?

Ed Sheeran took the prize for British Breakthrough Act home last year but from the list of Jessie Ware, Jake Bugg, Rita Ora, Ben Howard and Alt-J, who will take the crown for 2013? We think it’s likely 18-year-old singer songwriter Jake Bugg will nab the prize after the release of his unmissable first tracks from his self titled album including ‘Two Fingers’ and ‘Lightning Bolt’.

Alabama Shakes. Fun. The Script. The Killers. The Black Keys. All excellent international groups in their own right and all up for the prestigious award on Wednesday night. We hope Fun. (full stop.) are lucky enough to take home the award as we haven’t stopped being able to hum along to ‘Some Nights’ since it was released

Bruce Springsteen, Frank Ocean, Gotye, Jack White and our favourite Christmas carol singer Michael Buble are all up for the coveted International Male Solo Artist Award. We have our money on the artist responsible for the song that topped the UK’s top ten biggest singles of 2012 with ‘Somebody That I Used To Know’ – Gotye.

Will our favourite heartbreak, country and western singer, T-Swizzle, take the prize for International Female Solo Artist back home to America with her? We hope so. Taylor Swift is up against international female superstar rivals Rhianna, Alicia Keys, Lana Del Rey and Cat Power but we’re rooting for her to win the award on Wednesday night.

Cait is in the final year of her journalism degree at Caledonian University in Glasgow, as well as Source's resident beauty expert! Check out Cait's blog for tips on looking glam on a student budget.