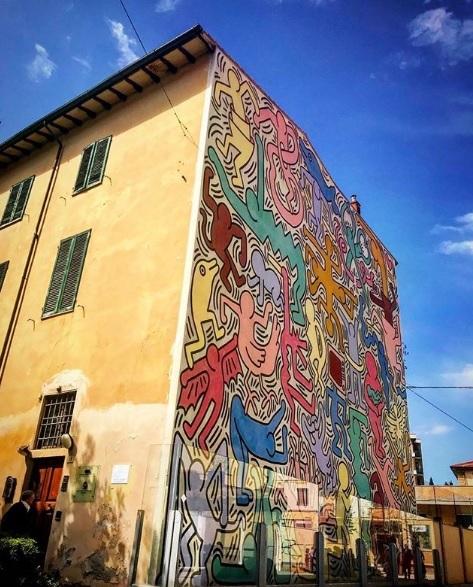 Pisa may be know for its century-old Leaning Tower and Keith Haring’s murals, but the small Tuscan city has more to offer to visitors than it may look like. With a little help from locals and a unhealthy adherence to the all-you-can-eat dogma, we have put together an alternative guide to give your Italian holidays a hipster twist (and at a low cost too). Get on your best trainers and a comfy backpack: we are in for travel bliss! 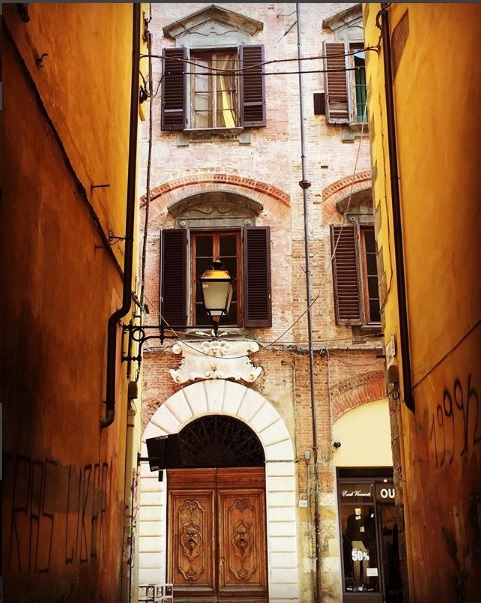 South of the Arno river, the San Martino area is an interesting combination of the Roman foundations, the medieval period and the Renaissance wealth that made Pisa one of the richest Italian ports. The street of the same name is a showcase of such a history, as nearly all the buildings facing it originated from defensive structures called torri (towers).

They were later refurbished by bourgeois families, who also took care of adding up carved marble lodges, frescoes and wooden doors with coats of arms. The stunning architectural treasures host a variety of small independent shops, from bars to butchers to artisans, and is still inhabited by the heirs of those merchants. Getting a glimpse into any open window usually means seeing angels, landscapes and mythological creatures staring at bystanders from above.

And if the art and emerald green shutters are not enough to catch your attention, the boutique Collego has the largest and most original collection of LEGO sets available in miles, including limited editions celebrating the Pisan landscape. A much nicer souvenir for your wee siblings than the usual key rings!

Parks, walls and other green perks 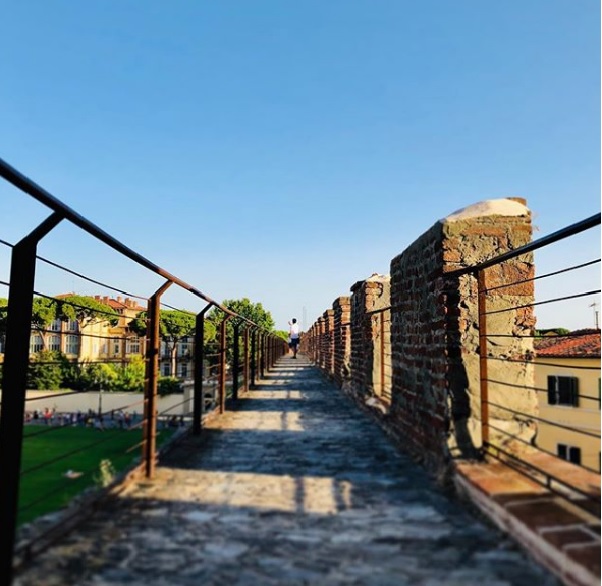 Lazy travellers will be happy to know that despite its size, Pisa has quite a few green spaces to enjoy the summer sunshine and embrace the Italian dolce vita. Giardino Scotto is a safe bet away from the hustle and bustle, with its endless oaks and a range of fort-looking steps built by the Scotto family after they took over a Florentine stronghold.

Heading north of the park, crossing the bridge Ponte della Fortezza allows to stroll along the riverside, where cheap drinks and a wonderful view invite you to cross all of the bridges to admire both banks. It’s not rare to find swing nights and banter sessions going on at night, so don’t hesitate to stop as many times as needed to enjoy the buzz.

In addition, a massive redevelopment has finally given new life to the ancient walls surrounding the historical centre: you can now get on top of the fortification and have a 360 degree tour of hidden gardens, Piazza dei Miracoli and Roman Baths, all waiting for you to get lost in a labyrinth of cedar trees.

Paper is the answer 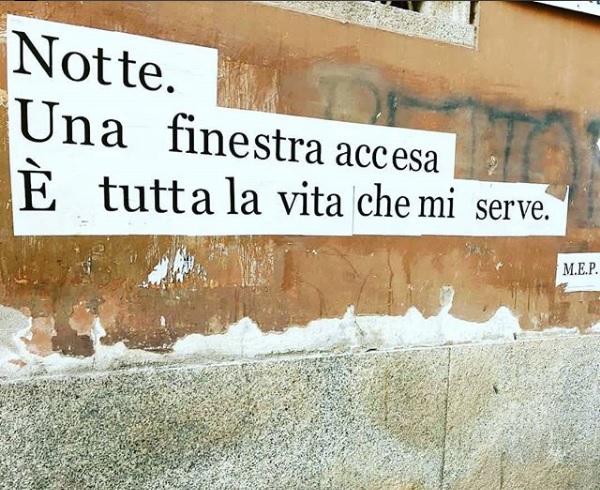 A large number of Italian and international poets has spent at least a couple of months in Pisa, including Lord Byron and Giacomo Leopardi. If you think the city has forgotten about them, you could not be more wrong: the community cherishes the legacy and is bringing about a new phase of indie literature, coming from the street to the street.

The Movement for the Emancipation of Poetry is a urban movement that is spreading across Europe and relies on the voluntary efforts of a group of young writers, whose poetry is glued to the walls and pillars in the early hours of the morning.

More recently, the study spaces in the university district have also seen the sudden appearance of metal boxes with the Movement’s logo, in which visitors and students alike can find paper copies of new lyrics and take them home. Besides the expressive breath of fresh air, the posters and distributors are becoming a beautiful feature of decadent areas like the Pacinotti Campus. 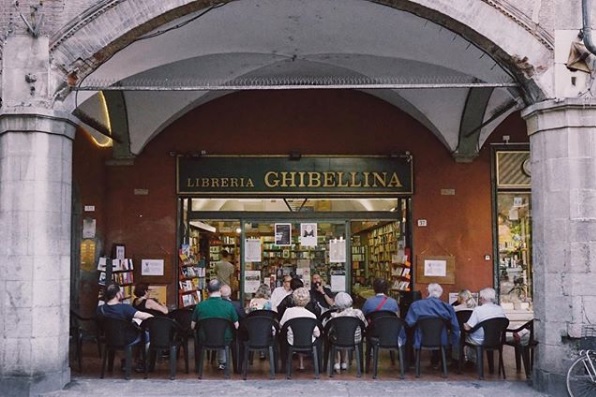 If novels and essays are more of your thing, Pisa also has plenty of literary spots where to enjoy some espresso while feeling like a beat generation representative (well, at least we hope so). The bar Volta Pagina plays on romantic aspirations and delights customers with weekly music events, which has turned it into a mandatory rendezvous for the locals.

Tucked under the arches of the Borgo Stretto area, Libreria Ghibellina is instead an independent institutions with one of the broadest selections of publishers in town. A programme of talks and book presentations gives an insight into the latest releases, while the renowned corned of half-priced books is the mecca for bookworms on a budget and aficionados of the sweet fragrance of Adelphi editions. 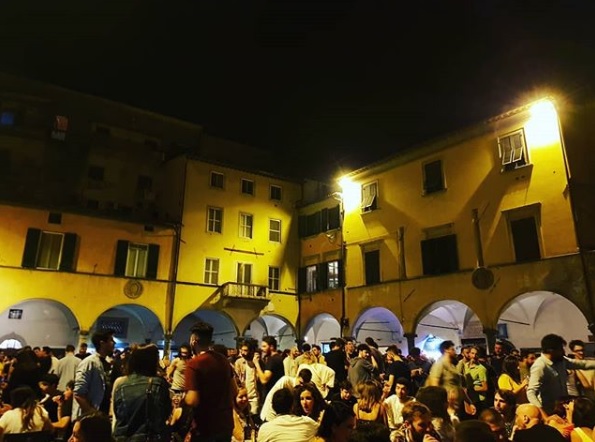 Last but not least, Pisa’s food and drink offer focuses around the Borgo Stretto and university area, where you are left spoilt for choice: between the inexpensive and delicious wine, and a few fat sandwiches with Tuscan salami and cheese, the Piazza delle Vettovaglie and Piazza Dante neighbours have no mercy for your health… and a lot of love for your stomach.

Feeling a bit peckish? I Porci Comodi has a reputation among locals for its lunch options, including simple paninis with olive oil and pecorino or a substantious ribollita with black cabbage. Yum! Their loyalty card makes cravings sound like a legitimate journey to embark upon, with the help of some of the kindest staff around.

For late-night heart attacks Mr Sgabeo is what you had been waiting for: a deep fried dough from the Lunigiana region at the border with Liguria, filled with any imaginable food for a crunchy, fulfilling and yet easily digestible midnight snack. Try out the mozzarella one and feel your wallet thank you for having dinner at the ridiculous price of 3.50 euros. 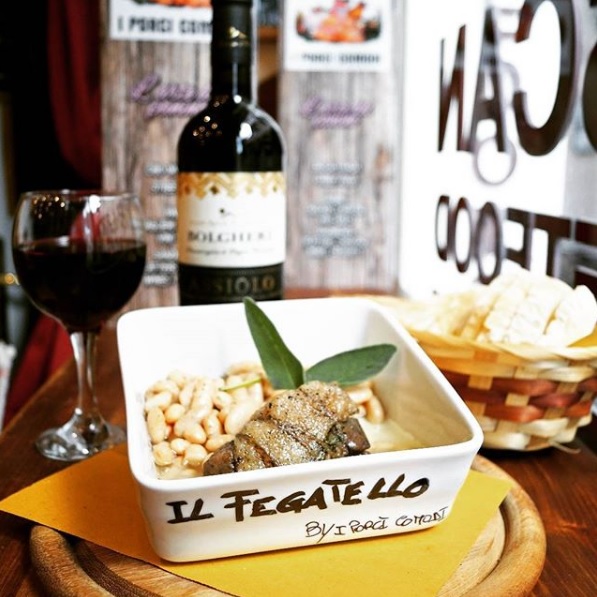 Now get that flight and feel the hipster vibe!