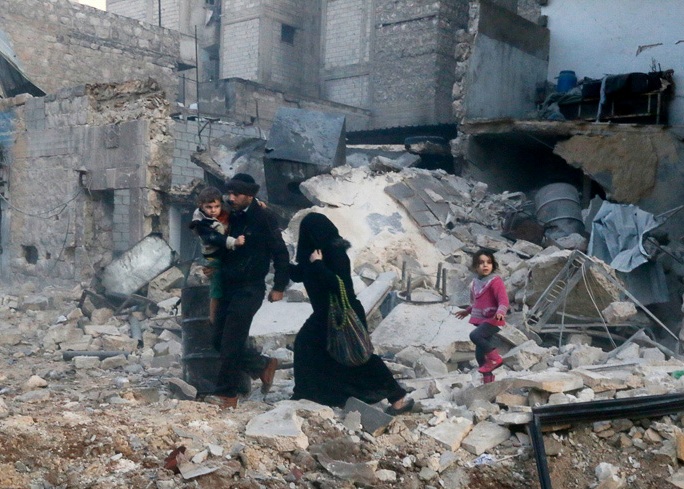 A Syrian family step over wreckage in a neighbourhood targeted by government bombs. © Flickr, cropped

A worrying number of people in Scotland seem to be confusing the victims of the civil war in Syria with terrorists from the extremist organisation, Isis. Following the attacks in Paris, there were anti-Muslim attacks in Glasgow and couple of protests promoting anti-immigration with signs saying ‘no to refugees’ in small towns.

One of the attackers in Paris allegedly came to Europe via the Greek island of Leros as a refugee from Syria, and people are now pointing the finger at refugees coming in, questioning their innocence.

Let’s make something clear: the people who are coming here from Syria are victims of violence that we can’t even imagine. Most of us haven’t even seen a gun, let alone heard on being fired. These refugees are the victims of prolonged brutality and have had chemical bombs dropped on them by their own president.

Syria is a total mess. After a public uprising against President Assad which formed the Free Syrian Army, western countries decided to step in, with Putin’s Russia backing Assad and Obama’s United States backing the Free Syrian Army. This means that two of the world’s superpowers are fighting each other in someone else’s country.

But that’s not all. Their fighting is splintered into various groups and unfortunately one of those groups is Isis. Isis is a terrorist organisation which follows an extreme version of the Koran, the religious book of Islam. The group uses violence to punish those who oppose its ideology and has zero tolerance for opposition, using medieval tactics such as beheadings to further their campaign of terror. Isis stand for Islamic State of Iraq and Syria and the group wants to be recognised as its own country or caliphate. However, the world’s media is reluctant to refer to them as such, hence labeling them ‘so-called’.

Due to so-called Islamic Sate following a branch of Islam, this has seen non-extremist Muslims being tarred with the same brush. The important thing to realise is that Isis is made up of a miniscule percentage of the world’s Muslim population, so to associate all Muslims with the terrorists behind Isis is fundamentally wrong. The percentage of terror attacks in the last five years committed by Muslims (and extremist Muslims at that) was less than 2%. The Muslim population of the world is devastated to see how people that worship the same god as them can be committing such inhumane atrocities.

Isis are taking advantage of the unrest in Syria and adding to the carnage with millions of civilians caught in the crossfire. The refugees coming here from Syria are like you and me. They are brothers, sisters, wives and sons who have left behind their lives at work or school and their whole lifestyle and community because it’s no longer safe. If you’ve seen the footage of target areas, I’m sure you’ll agree. Many refugees have witnessed the brutal deaths of family members, seen their houses destroyed and lost everything that was important to them.Following that they may have endured terrifying journeys packed in boats or lorries and trudged hundreds of miles across multiple countries and borders. Nothing we can do will ever bring back the life they once lived or their loved ones, but what we can do is give them a warm welcome.

For refugees to arrive into a climate of suspicion and racism is an appalling representation of Scotland. What happened in Paris is happening daily in Syrian neighbourhoods, so the next time you accuse refugees of being terrorists, think about how you would want to be treated if your life was reduced to rubble. 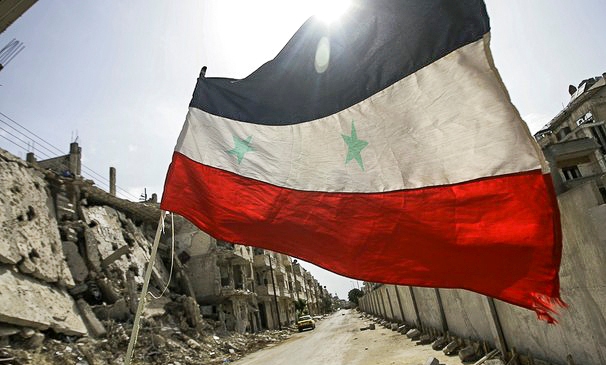