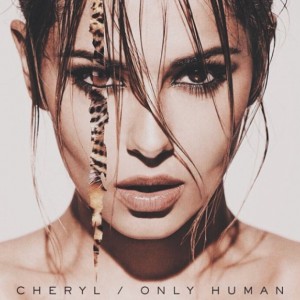 Cheryl Fernandez-Versini’s new album, Only Human, was supposed to be the X Factor judge’s chance to show that she has found her feet, she’s starting afresh and stripping away everything to show what she’s really about. I was optimistic but, unfortunately, was left disappointed.

I was hoping for fewer gimmicks, more talent and more sincerity. What I got was awkward sounding songs that you should be able to dance to but can’t; heavily edited vocals; and clichéd lyrics that don’t bring anything new to the table. It felt a little like token swears were used to try and make some of the tracks sound more raw and shocking, but they felt out of place.

The idea seems promising, so I don’t understand how it went so wrong. This should be Cheryl announcing to the world that she can be on her own but can also move on and be happy. It sounds like a girl-power album, like the pop princesses of the 90’s. No such luck. It felt like she was doing what marketing experts told her would sell and there was no real feeling behind it. I want to feel it.

Out of all the songs on the album, Crazy Stupid Love is the best, closely followed by Firecracker. They’re both catchy and fun and what I feel the whole album should have been. They’re songs that I enjoyed listening to and I really hope we get to see more of that from Cheryl in the future. She’s charismatic and powerful, with a big fan following, and that’s what she should show through her music.

Taylor Swift is coming into Cheryl’s musical territory now, and with less experience in the field of pop, she’s managing to do it better. Even with a change in style, Swift’s music remains genuine and powerful. This is what I’d love to see Cheryl do, since she does have talent.

Basically, we should just bring back Girls Aloud. Anyone want to start the petition?