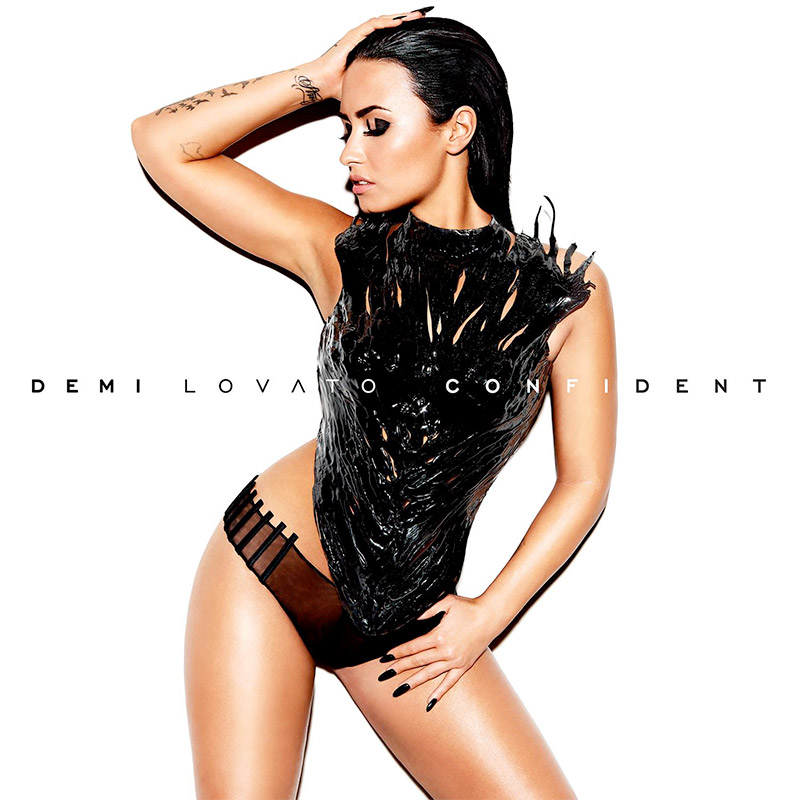 Confident is US songstress Demi Lovato’s fifth studio album, and though it contains the same impressive high notes and empowering lyrics as albums past, Confident has an air surrounding it that oozes Demi’s new found self-assurance, independence, and well, confidence. Through overcoming hurdles in her personal life; opening up about her past struggles with bullying, bipolar disorder and bulimia, Demi’s new-found happiness and fearlessness is evident in her sound throughout the album. After fans witnessing Demi struggle with self-doubt and uncertainty surrounding herself and her music, it is great to see such a talented musician find themselves and be truly happy with their work.

The ‘new Demi’ hit fans like a train when single Cool for the Summer was released with the catchy chorus and overall feel-good, party vibe. The single deservedly received a lot of attention, being nominated for many awards and was a brilliant way to get fans excited for the new album.

Demi’s new sound and spirit continued with the title track Confident being released in September. The songs catchy line, ‘What’s wrong with being confident?’ sums up the feel of the track (and the album) and it is near impossible to listen to this song without feeling like you can take on the world (I dare anyone to try listening to this without thinking they can handle whatever life throws at them). Accompanied by an equally badass video, this song is undoubtedly one of the strongest on the album, and with being the first track, it certainly kicks the album off to a great start.

The up-beat pop vibes continue with Old Ways; a catchy song where Demi proudly shares her self-love and positively looks back at the person she used to be; confidently declaring the changes she has made to her life and will never go back to her ‘old ways’.

As expected and anticipated, Demi also slowed it down and included some heartfelt songs showcasing her beautiful voice that are sure to make anyone look dramatically out of their car window and feel sentimental about a relationship that never actually existed. The track Stone Cold does just that, and teamed with Demi’s powerful vocals, obvious passion and touching lyrics, the song immediately stood out on the album.

Close friend of Demi, Iggy Azalea featured on the album in the pop track Kingdom Come, and similar to some other tracks, contains more current dance beats. Although Demi and Iggy blend well together and it is overall a good song, it could be said that Iggy’s rap verse is quite predictable.

Overall, Demi’s personality and fun side really showed throughout this album, and it is well varied and never boring. It sounds as though Demi really pushed her vocals even further for this album and it really paid off as the vocals throughout are incredibly strong. This is a great record, is really fun to listen to and songs such as Confident, Cool for the Summer and Waitin’ for You have really made it its own.