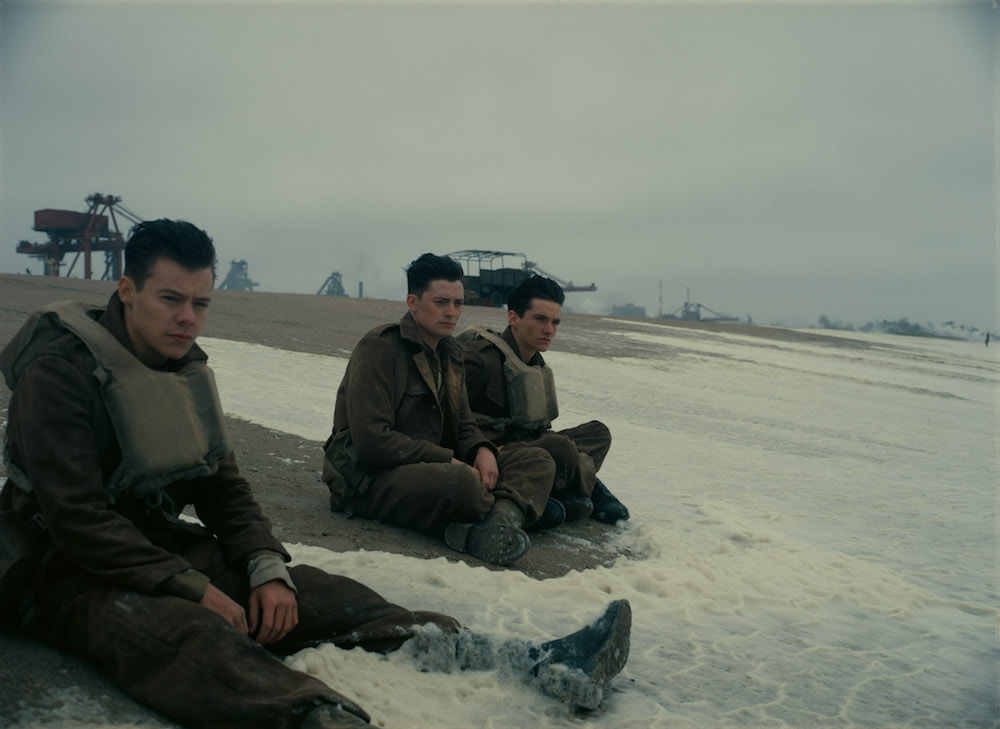 Dunkirk is by far one of Nolan’s best films since the Dark Knight Trilogy. The cinematography is beyond astounding but I think we already knew from Nolan’s other films that this would be a prominent feature.

Dunkirk’s script itself is very minimal which allows for the visuals to do the talking – the lack of words adds an eerie silence to scenes which is followed by the sounds of gunfire and dive bombers which are so surprising it could be said they are a jump scare. If you’re the sort of person that likes to be left on the edge of your seat, you’re in luck with this movie.

The film itself follows the story of three of the 338,226 soldiers who were rescued from Dunkirk beach between 26 May and 4 June 1940, along with a weekend sailor, Mr Dawson (played by Mark Rylance), his son and his friend George (Barry Keoghan) who set out to the rescue of soldiers at Dunkirk and Farrier (Tom Hardy), a spitfire pilot also on his way to Dunkirk. The storylines are placed between a week, a day and an hour, and they do eventually intertwine. The first soldier Mr Dawson manages to save is a shell-shocked Cillian Murphy – later on he saves many others.

So how does Dunkirk measure up? It’s absolutely phenomenal – the way that the story is told really makes you see all angles of the story from the land, sea and sky with hardly any words at all. I was left amazed at how such an action-packed film could leave you with so much emotion and essentially give an understanding of an event that happened 76 years ago and all people involved to a generation that has only heard of Dunkirk in history books.

Dunkirk is also Harry Styles’ debut into the film world and he honestly couldn’t have done a better job – he gave his all and he made an excellent addition to the already outstanding cast. I really hope to see him in many more film ventures. All the cast was amazing and I really give props to the casting directors John Papsidera and Toby Whale for picking such a talented group of actors.

Dunkirk overall is an astounding film that definitely tugs at the heartstrings. A film for old and young and a must-see this summer!