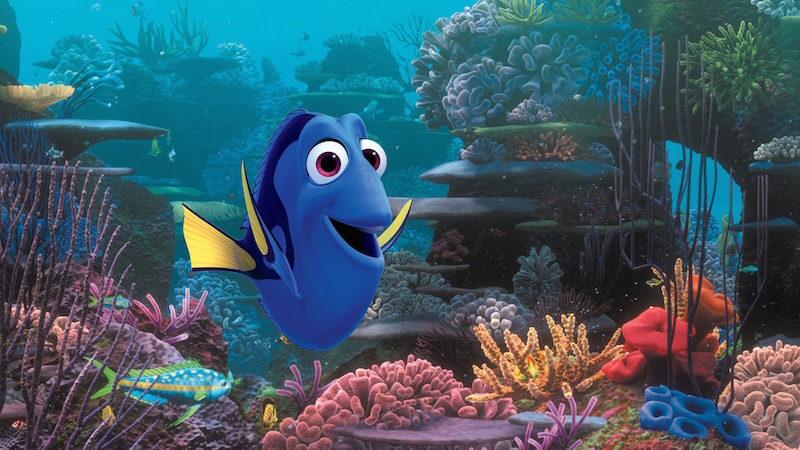 Thought you were too old/cool for Disney? Finding Dory’s about to change all that.

It’s been 13 years since Finding Nemo made a splash in cinemas, and finally – finally – we’re getting a second instalment of the aquatic tale, this time focusing on Nemo’s forgetful friend Dory.

Finding Dory follows the blue tang, voiced by the ever-warm-and-wonderful Ellen DeGeneres, as she tries to find the family she’s forgotten thanks to her short-term memory problems. Dory ropes in Nemo and his dad Marlin as they set out on a cross-ocean adventure to the ‘Jewel of Morro Bay California’, where Dory was born and brought up.

It turns out to be a marine life centre, and Dory and the guys have to try break in – easier said than done. Expect some nail biting moments, big laughs, scary chase scenes and brilliant characters – Idris Elba and Dominic West’s lazy sea lions are fantastic – along the way. Will Dory find her mum and dad?

Finding Dory is the perfect follow-up to Nemo. It’s got lots of heart, the odd sniffly moment and plenty of laugh out loud moments. Ellen’s Dory is simply adorable, one of my favourite animated characters ever, while her new friends in the marine park – cranky Hank the octopus, visually impaired Destiny the whale shark and Bailey the beluga whale whose head injury has impaired his echolocation ability – are brilliant new additions to the cast.

As for the animation? It’s simply stunning. Finding Nemo was a real triumph for Pixar’s animation team, but the underwater wonderland of Dory and 13 years of tech advances take things a step further. You’ll be wowed.

It’s a kid’s film, yes, but there’s plenty there for bigger kids too – and, most importantly, it’s just lovely. It’s emotional, it’s funny, it’s sweet and you’ll probably want to go see it again. I know I do.