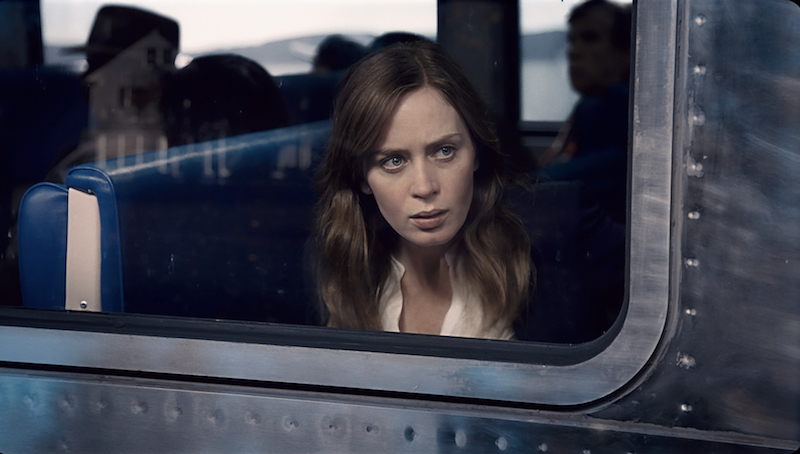 It’s one of the most anticipated movies of the year – so how does The Girl on the Train measure up?

Based on the smash hit novel by Paula Hawkins, The Girl on the Train is the story of 30-something Rachel (Emily Blunt), an alcoholic divorcée who finds herself trapped in a cycle of boozing and obsessing over her ex husband Tom (Justin Theroux) and his new family. She spends her days riding the train that whizzes past her old house – the house her ex still lives in with his new wife and baby.

On her journeys, Rachel becomes obsessed with the house two doors down, home to young couple Megan and Scott Hipwell. She knows nothing about them, and her imagination runs wild, creating names, personality traits, an entire back story. Then one day Megan goes missing – it’s all over the papers – and Rachel happened to get off the train the night of her disappearance. Too drunk to remember what happened when she was in the area, she desperately tries to piece it all together and get to the bottom of the mystery of Megan – even making herself a suspect.

The comparisons to Gone Girl are inescapable, but this dark, twisty thriller doesn’t quite match up to the 2014 Ben Afleck smash. If you’ve read the book, you’ll know it’s a bit of a slow burner. It takes a while to get to the ‘ah-ha’ moment, and the film is no different. Rachel, as a character, isn’t particularly likeable – but always-brilliant Blunt does a good job of bringing her to life. When she was first cast, many questioned how the beautiful Hollywood starlet could slip into the role of a sad, alcohol-dependent woman, but she’s done it, and she’s done it well.

The real frustration comes from the fact that the movie is transported to New York, thousands of miles from its original London setting. It loses some of its Brit charm, despite its English leading lady. The gloomy autumnal suburban setting does add to the atmosphere, but it doesn’t quite match up to what Britain could have offered.

It all comes down to the age-old question – is the book better than the movie? In this case, yes. The film, while beautifully shot, is slow, a little disjointed, and confusing at times. It could’ve been condensed into something a little more gripping and a lot pacier. If you’ve not read the book? Definitely give it a go. But fans of the novel will be disappointed.