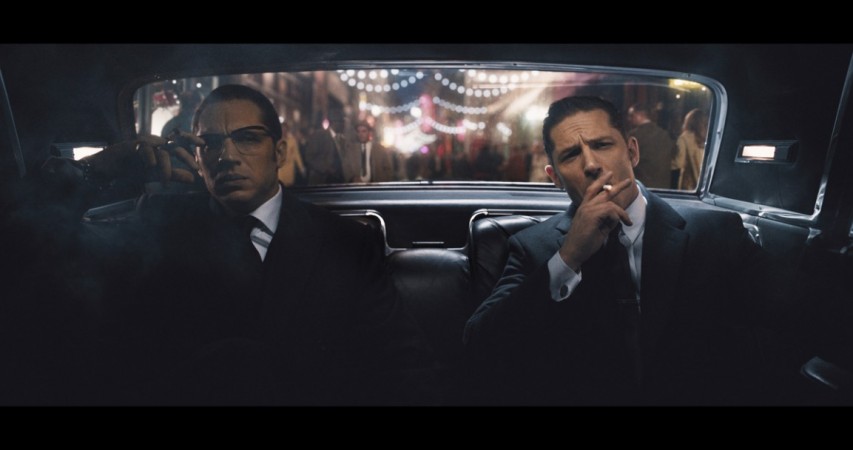 The Kray twins have been subject of many an investigation, documentary and movie over the years. The infamous duo practically ran London in the 1960s, using terror, violence and some very scary pals to get their way.

This year, Brian Helgeland took on the twins’ story with his new high-action flick Legend. Narrated by Reggie Kray’s wife Frances, played by Aussie actress Emily Browning, it’s a tale which shows the darker side of East London in the Swinging Sixties, with plenty of violence and torture – but a few laughs thrown in there too to break the tension.

Legend charts the rise and fall of the Krays, the working class former boxers whose sporting career was cut short after a few too many run-ins with the law. They turn to business, using criminal connections to become wealthy club owners – and big-time gangsters. At the time, the brothers earned almost celeb status, socialising with singers, actors, politicians – although, it’s not too clear if that’s because of their scare tactics or if they were nice guys…

Tom Hardy takes on the roles of both Reggie and Ronnie Kray, and he is, in a word, incredible. It’s hard to believe at times that the same guy is playing the two brothers – Reggie, the smooth, handsome, Jack-the-lad character, and Ronnie, the paranoid schizophrenic with a really evil streak, and who is, surprisingly, openly gay – unusual for anyone of that era to admit, never mind a powerful East London gangster. The special effects too are brilliant – look out for the fight scene in the club which shows Hardy fighting with himself.

The twins are two very different personalities, with something in common – they’re quite clearly unstable, Ronnie more overtly than Reg. The plot of this film spans at least four years, from Reggie meeting future wife Frances, to the incident which led to the twins’ downfall – and all the other mishaps that cropped up along the way.

Visually, this is a stunner – London’s a beauty of a city anyway, but add in the great fashion and retro glam of the Sixties and you’ve got yourself a film that looks amazing. The only downside to Legend is that Frances’ story almost gets forgotten. She introduces the brothers’ story, she’s the voiceover, the one sharing her beautiful boy Reggie’s tale, but she gets pushed aside for the most part, cast aside as a downtrodden, fragile character – but I suspect there was more to the gangster’s wife (although their marriage only lasted eight weeks) than mental ill health. You’d have to have a bit of fight about you to survive in that world.

That aside, this is a great film. Big, brash and bold, you’ll definitely wince more than once, but you’ll come away feeling slightly in awe of the acting ability and the reality of life under the Krays’ reign 50 years ago. Sure, they’ve played up a lot of what went on – the real situation was likely much more grim – but it’s fascinating seeing history played out on screen. If you want a big, action-packed film, get yourself to the cinema for this one this weekend.