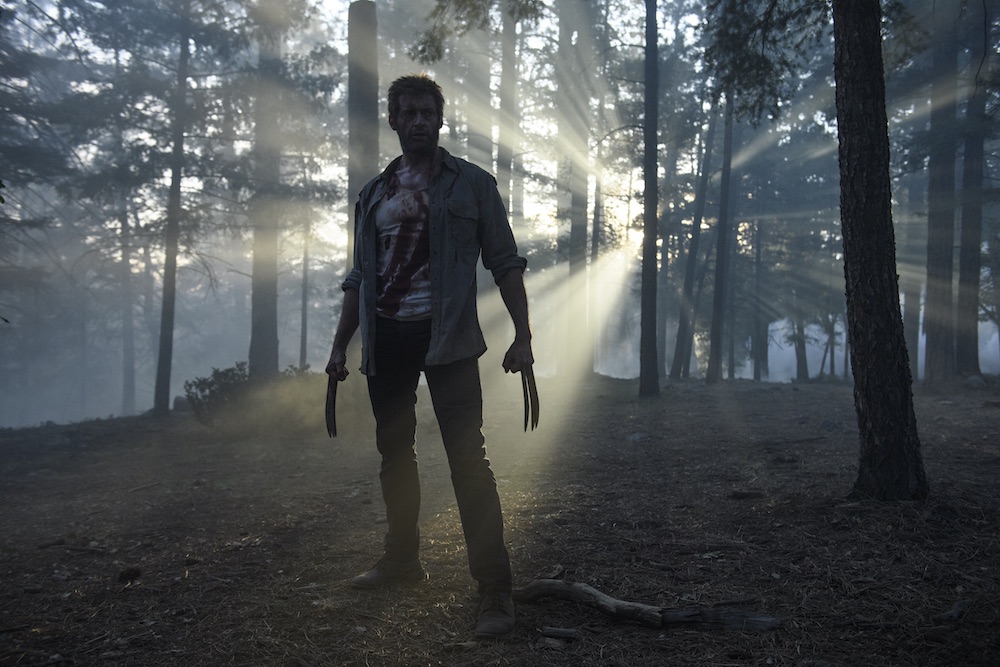 When it was announced that Hugh Jackman was stepping out as Wolverine for the very last time, our hearts broke a little – but Logan is definitely more than worth the devastation.

In Logan, we’re fast-forwarded to 2029, and our favourite mutant is now older, craggier, grumpier (if you can believe it) – and not as powerful as he once was. No new mutants have been born for 25 years, and Logan is in retirement, working as a chauffeur and hustling for drugs in Texas. We follow him as he crosses the border to Mexico, to a derelict-looking property where he meets Caliban, the mutant tracker, and Professor X – now in his 90s, and slowly falling apart at the hands of a neurological disorder which leaves him prone to seizures and out of control of his telepathic abilities.

A woman named Gabriela tracks down Logan, desperate for his help. She has a young girl, Laura, who needs to go to “Eden” in North Dakota, and she wants Logan to accompany her. He refuses, and soon after, he’s approached by Donald Pierce – head of security at Alkali-Transigen, the biotech company where Gabriela worked as a nurse – who wants his help to find Laura.

Because Laura, it turns out, has some pretty special powers herself. Transigen is very much responsible for it. And they definitely want her back under control.

Logan, despite his misgivings, steps up and heads on a road trip with the young girl and Professor X, Pierce and his cronies hot on their heels, to get Laura to safety.

With car chases, spectacularly gory fight scenes and sweaty-palm-inducing moments aplenty, this is everything you want from a Marvel film and more. After 17 years of playing the same character, it’s safe to say Jackman has old Wolvie sussed. He’s perfected the grumbling, cynical hero with a heart – and even though he’s supposed to be old and past it, he pulls off those action scenes with aplomb. Patrick Stewart’s Professor X is also spectacular, responsible for lots of laughs – and easily the most heart-wrenching scene of the movie. He and Jackman have fantastic chemistry on-screen – and it really makes you sad that this is the last Wolverine movie.

And while Jackman is spectacular, he’s got some competition in the form of Dafne Keen, the 11-year-old British-Spanish actress who takes on bad-ass mini mutant Laura. She doesn’t say much to start with, but she’s feisty, she’s cool under pressure and responsible for easily some of the most impressive fight scenes in the film.

Wolverine fans will be destroyed by the ending of this one, but it’s beautifully done – and it’s a really fitting end to the franchise. After 10 X-Men movies and three Wolverine-centred outings, Hugh’s had a good run. You’ll laugh, you’ll forget to breathe now and then and you might even cry with this one. Now, Mr Jackman, can we persuade you to do a prequel at all…?