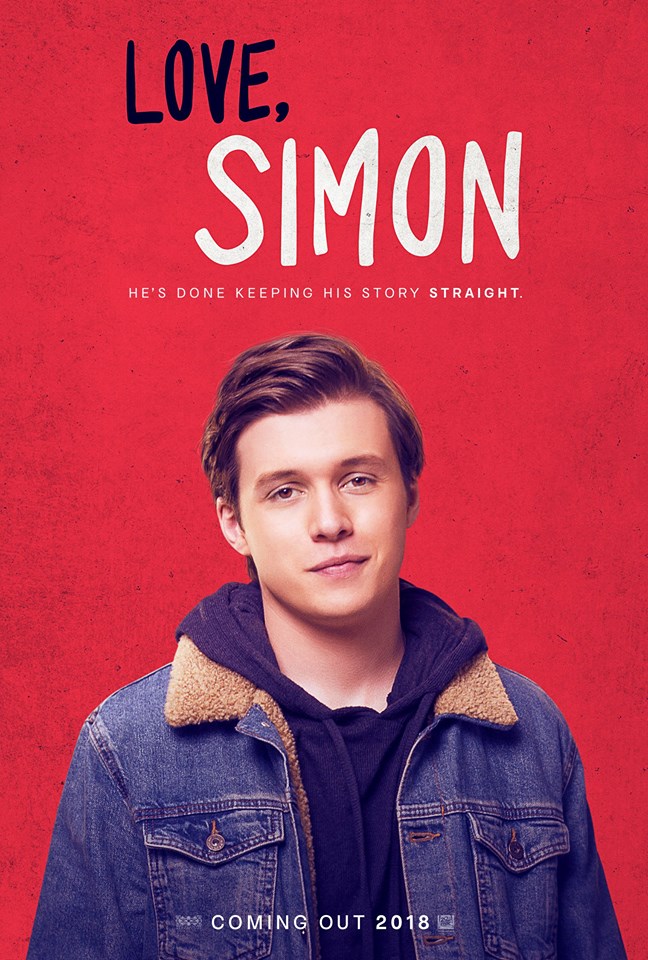 As part of the Glasgow Film Festival 2018, we watched Love, Simon, a comedy drama based on the 2015 novel Simon vs the Homo-Sapiens Agenda by Becky Albertalli. Meet Simon Spiers, a 17 year old boy who is blessed with a great life of a happy family, a nice middle class upbringing and great friends. But for the past few years he’s been hiding a secret – he’s gay.

He decides he’ll wait until college before he comes out to his friends and family, but an anonymous message posted on his school’s social media site by an equally closeted gay male student named “Blue” draws him into an email exchange that leads to him falling in love with Blue. A classmate called Martin – an eccentric nerd who has a secret passion for Simon’s friend Abby – discovers the emails and threatens to out Simon to the entire school if Simon doesn’t help him get with Abby. Drama, teenage angst and frustration follow, with Simon fighting to keep his sexuality a secret whilst also trying to discover just who Blue is.

This film is a fairly typical teenage drama: multiple scenes shot in school hallways, larger-than-life characters, angst, hormones, unrequited love and confusing relationships, drunk chats about life, love and one’s place in the universe. As such, it’s the LGBTQ themes that lift it out of being another run of the mill piece, whilst also allowing it to proudly adhere to the aforementioned teenage tropes which give it a comfortably familiar feel. The film is accessible and presents LGBTQ issues to the audience in a confident, mainstream way. Simon is happy and popular, he wants love and fulfillment – don’t we all? 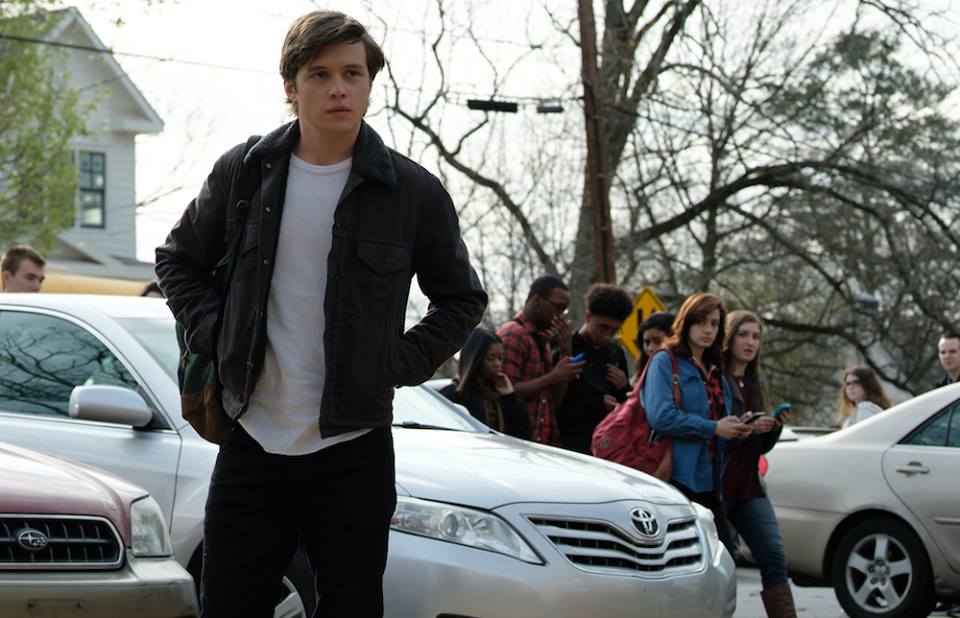 The film does however have monumentally clumsy moments. When Martin outs Simon in petty revenge for not being able to get with Abby, he’s given a powerful verbal chewing out from Simon but that’s about it. The last scene has him penitently paying for Simon’s last ride on the Ferris wheel so Simon can finally meet Blue, but it almost seems a bit of an underwhelming apology when one considers the seriousness of outing someone against their consent. Outing LGBTQ people, especially young people, is a violent act. It gets people killed, it drives other to suicide and it disrupts lives, sometimes irreparably.

The film demonstrates the homophobic bullying Simon receives after being outed, but it’s shut down immediately and Simon decides to proudly own his sexuality. This is powerful and positive, but does make you wonder about the reality of the many LGBTQ youth who are outed and don’t have a neat plot resolution where it all works out. As previously stated, this is a sweet romantic comedy and not a dark drama, but it slightly fumbles the ball here and seems to skate over the seriousness of Martin’s act because it all works out in the end.

It’s easy to read the film as sugary and unrealistic, but then again, it has every right to be. LGBTQ young people deserve a sweet and funny love story just as much as heterosexual people do, and perhaps considerably more when you consider the lack of representation in the film world. One can argue that there’s already a bunch of gay romantic Netflix-style dramas out there, but the good thing about Love, Simon is that it’s accessible to younger audiences who may be unwilling or unready to watch the often more serious or adult-oriented LGBTQ content already out. It’s cute, and it’s (relatively) safe and it’s got a happy ending. No, it isn’t particularly radical or inclusive – Simon, other than being gay, is privileged in virtually every other way you can be privileged – and it’s occasionally clumsy, but it’s fine. It does exactly what it says on the tin, and probably won’t disappoint.