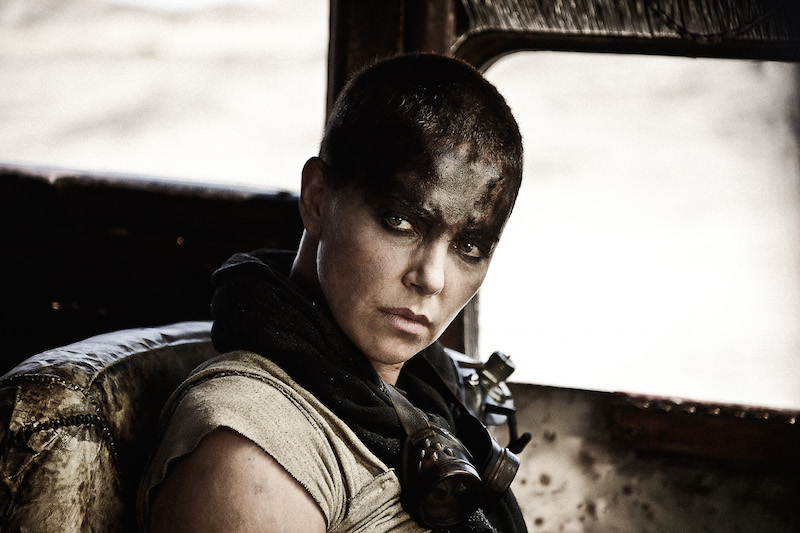 Mad Max: Fury Road is the kind of film that 3D effects were made for. The two-hour epic car chase fires us through the scorched, scabrous dessert and packs more punch than any simulator ride that I’ve ever been on.

But first, a bit of background for those young enough to miss it the first time round. Mad Max was created and directed by George Miller, with Mel Gibson playing the monosyllabic revenge-seeking cop in the first three films. Miller, also known for directing Babe and Happy Feet, has rebooted the series for a new generation and brought Tom Hardy along for the ride, as well as a plethora of supermodels, pensioner biker chicks and a glowering, mechanical fisted Charlize Theron. If that sentence alone doesn’t convince you that this is the most bonkers blockbuster of the year, let me assure you, you won’t see anything else like it this decade.

The main gist of the story is this: the world has collapsed and is now ruled by warlord Immortan Joe: a gruesome disfigured man hiding behind plastic armour and an elaborate oxygen mask. From his sprawling clifftop lair he controls the water supply, and with it the people. Inside slaves are chained, used as live blood banks for his terminally ill army, the ‘war boys’, who are bred to die for their leader. Women are milked for their breast milk and kept locked away like brood stock. At the start of the film, Joe’s ‘wives’ are stolen by Imperator Furiosa, a scowling warrior determined to free the women and take them back to her childhood home. And so the journey across the desert begins. In more ways than one, Mad Max is just taken along for the ride.

What follows in a series of back-to-back explosions, epic landscapes, gruesome baddies and giant wheeled, metal spiked trucks leaping out of the screen. Imagine Hot Wheels on acid, the apocalypse meets Wacky Races. The battle cry is led by a latex-wearing rock star strapped to the front of a truck yielding a flame throwing guitar. Joe’s army of war boys charge into battle swinging from 50ft poles attached to moving war trucks and motorbikes – slightly worrying given that Miller shunned CGI for the majority of the film and that 80% of what you see on screen is pure stunt work.

Miller wanted the cinematography to be as colourful as possible to set it apart from the usual doom and gloom of apocalyptic films and enlisted the help of his wife to edit the movie, ‘because if a guy did it, it would look like every other action movie’.

And I can promise you it doesn’t.

Much fuss has been made about feminist message of the movie, attracting both celebration and criticism that this ‘boys’ film has become ‘Mad Max: Feminist Ally’ or ‘more Mad Maxine than Mad Max’. It’s true, Charlize steals the show, leading the mission, driving the car and quite literally calling the shots. At one point, Max hands Furiosa his rifle simply because she’s the better shot.

But this film is about so much more than just the ladies. This is a blockbuster that reveals the true horror that all humans would suffer if the world ended. Forget lack of sun cream, Instagram and cronuts; the real horror is humans reduced to their basic survival mode and all the terror of greed, power and brutality than come with it.

So take your popcorn and motion sickness tablet of choice and go see this right now. An edge-of-the-seat action movie that actually has something to say- surely that’s a whole lot more impressive than any CGI Spielberg could muster.