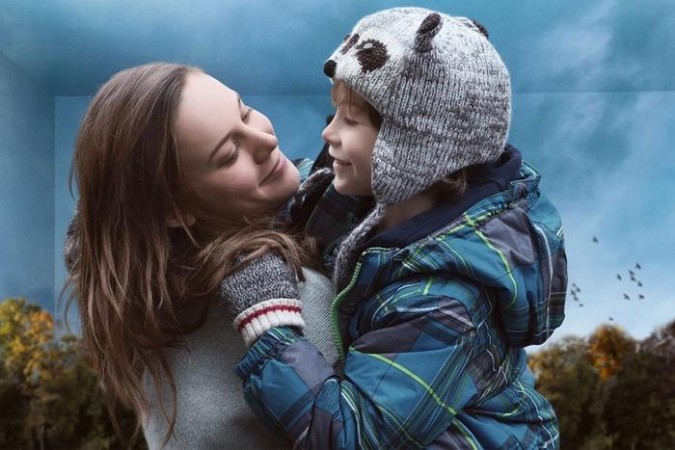 It’s not often I’ll go see a film and forget to breathe. But Room did it for me.

Based on the bestselling novel by Irish author Emma Donoghue, Room is a heartbreaking, moving, incredible piece of cinema. Adapted by Donoghue for the screen and directed by Lenny Abrahamson (he’s worked on Adam & Paul and Frank previously), Room is a fantastic representation of what was a wonderful book.

Room is the story of five-year-old Jack (Jacob Tremblay), his ‘Ma’ Joy (Brie Larson) and their home – Room, a 10ft by 10ft enclosure with only a skylight offering daylight and a heavy, code-protected door preventing them from venturing into the outside. Room is all Jack has ever known, and Ma lets him think that’s all there is to life – just the two of them, their television depicting ‘TV people’ (not real people like Ma and Jack) and nightly visits from Old Nick, who hops into bed with Ma while Jack hides in Wardrobe.

After Jack’s fifth birthday, Ma decides her son deserves to know more of the real world. So she tells him about her parents and the house with the hammock in the back yard and the man with the sick dog who tricked her into going with him, eventually locking her up in Room – Old Nick. As Jack gets older and more able to understand what’s going on, Ma knows she can’t take it any more – and she comes up with an escape plan, a bid for freedom after seven years hidden from the world, her family and friends fearing the worst.

With parallels to real life stories like the Josef Fritzl case, it would be so easy to turn Room into a thriller, or a horror flick – but this gets avoided, focusing instead on the strength of power spirit, family bonds and the will to survive. It is shocking, horrifying, scary, gripping – when Jack attempts his escape, you will forget to breathe, so desperate for him to make it. But not in the way you’d expect. The director has avoided the obvious route with this one, and it’s so much better for it. The cinematography is incredible too, somehow making Room seem just as large as Jack sees it, and the outside world much bigger, brighter and unreal.

Brie Larson has already got a clutch of award nominations for her part as Ma, and it’s not hard to see why. Her performance is wonderful – she manages to capture the fear and the anger, frustration and terror of a kidnap victim, so fiercely protective of her son. But it’s seven-year-old Jacob Tremblay who steals the show, his naiveté and optimism a total contrast to the stark, enclosed surroundings of Room. You want him to be OK. You want it to work out. He’s been through so much horror in his short life, more than any of us can imagine – and the young actor gets it spot on.

If you see one film on the run up to awards season, Room’s the one to go for. You’ll come out a little breathless, and definitely holding on tighter to the ones you love.