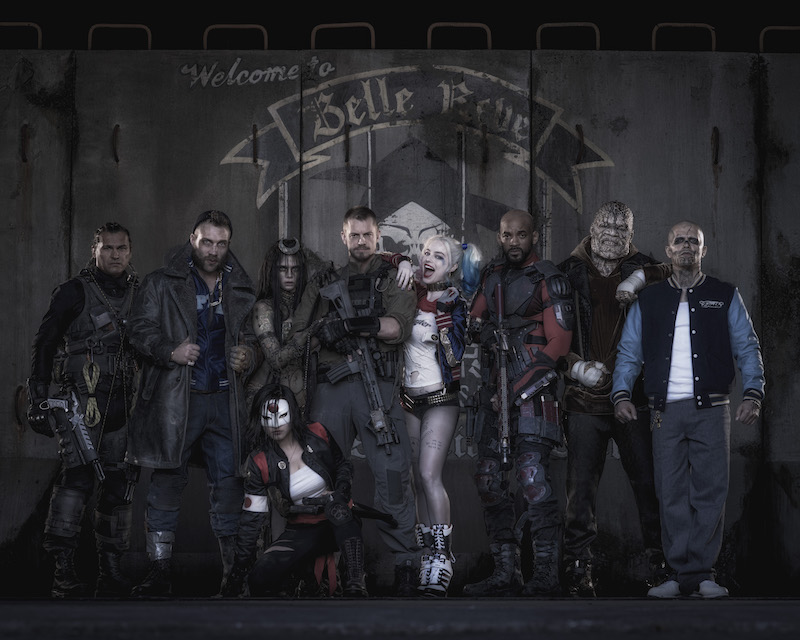 With rumours of re-shoots to make the film funnier, negative reviews flying in from all over the shop, Jared Leto moaning in interviews about a lot of his scenes getting cut and one cinema-goer even suing Warner Bros over the Joker’s lack of screen time, Suicide Squad went from being the most-anticipated film of the summer to, well, a bit of a flop.

But it’s not been a total disaster. The film had the biggest August opening in history, raking in $135.1 million in its opening weekend in the US and Canada alone – so even if people are slating it, they’re still coughing up for cinema tickets.

So how does it actually fare?

Well… It’s not bad. It’s not great. But it’s definitely not the worst.

Suicide Squad sees intelligence officer Amanda Waller (the brilliant Viola Davis) rounds up the super villains from the DC universe to be used on high-risk missions for the US government. Each has a small bomb implanted in their neck, so should they act out of line, they’ll suffer the consequences. On the team is Dr June Moone (Cara Delevinge), an archaeologist who’s been possessed by a centuries’ old witch called Enchantress – but before she can get on the team, the Enchantress takes over and unleashes mayhem on Midway City, summoning her brother from the afterlife and assembling her own army of monsters while she attempts to assemble a weapon that’ll end the world. As you do.

So Waller needs the rest of the suicide squad to step in. That’s hitman Deadshot (Will Smith), mentally unstable girlfriend of The Joker Harley Quinn (Margot Robbie), ex-gangster and flammable man El Diablo (Jay Hernandez), diamond thief Captain Boomerang (Jai Courtney), cannibal Killer Croc (Adewale Akinnuoye-Agbaje) and expert climber Slipknot (Adam Beach). The motley crew have to go into Midway City to save a VIP – and somehow end up battling the Enchantress and her army while they’re at it. In exchange, they’ll get their prison sentences shortened – if they survive.

That’s the plot – so how does it do? It’s got everything you’d expect of a comic book movie. The big fight scenes, impressive explosions and super-celebs are all there. But there’s something missing – a compelling story.

The film plods on with a really confusing plot line that sort of loses its way. There’s lots of unanswered questions, confusing decisions and basically all the bits you saw in the trailer. It consists of set pieces showcasing the individual characters’ backstories and abilities and broken up by fight scenes. And that’s… It. Most frustrating of all, our super villains turn out to be quite likeable – they’re not as evil as you’d like them to be.

That’s not to say it’s a complete disaster. Those fight scenes are impressive. Margot Robbie takes on Harley Quinn with style. And the few scenes where Jared Leto’s Joker is allowed to come out to play are great – but he’s no Heath Ledger. But other than that? It’s just a bit… meh.

You can tell what Warner Bros have tried to do. They’ve seen the success of the likes of Captain America: Civil War, Deadpool and Antman – all of which were big on laughs as well as action. But the laughs in Suicide Squad don’t quite get there. It’s not as dark as DC’s other output, but you’re not going to be laughing out loud in the cinema, that’s for sure.

It’s not awful. But it might be worth waiting for the DVD.