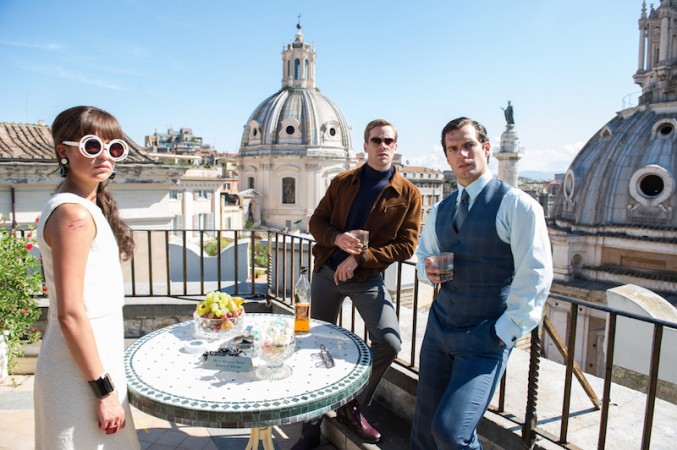 If you’re after a fast-paced, high-action movie that’s heavy on fight scenes, car chases and general nonsense, The Man from U.N.C.L.E is the movie for you.

Guy Ritchie’s first movie since Sherlock Holmes: A Game of Shadows in 2015, The Man from U.N.C.L.E is based on the 60s TV show of the same name. It’s 1963 and thief-turned-CIA agent Napoleon Solo is sent to Germany to extract Gaby Teller from the oppressed East Berlin to safety in the West. Gabby also happens to be the daughter of an alleged Nazi scientist turned US collaborator – so to say she’s of interest is an understatement. Solo’s missions is interrupted by Illya Kuryakin, a giant of a Russian KGB operative sent to try get Gabby for his own country’s mission.

The trio are surprised when, after Solo gets Gabby to safety, they’re told they’ve got to work together – Gabby’s father, it turns out, is working with a Nazi sympathiser couple keen to create their own nuclear weapon. As you do. The US and Russian are suddenly joining forces to stop the bomb, save the world – and get the design for their own country’s benefit, killing the other if necessary.

Starring Henry Cavill as Solo and Arnie Hammer as Kuryakin, this one isn’t short on the eye candy – but the acting talent leaves a little to be desired. Cavill’s American accent, for instance, verges on the ridiculous at times, and the focus is very much on the fight scenes and physicality over any real depth.

However, there’s plenty of action, fantastically choreographed fight scenes and mind-boggling stunts here that’ll satisfy even the biggest of action fans. It’s very tongue-in-cheek, with the odd laugh thrown in as Ritchie takes the Mickey out of the 60s spy genre he grew up with. It’s, above everything else, entertaining – total, escapist nonsense that’ll put a smile on your face. A cinematic masterpiece, it isn’t. But on a Saturday night when the weather’s miserable, who really wants much more than 116 minutes of fun?