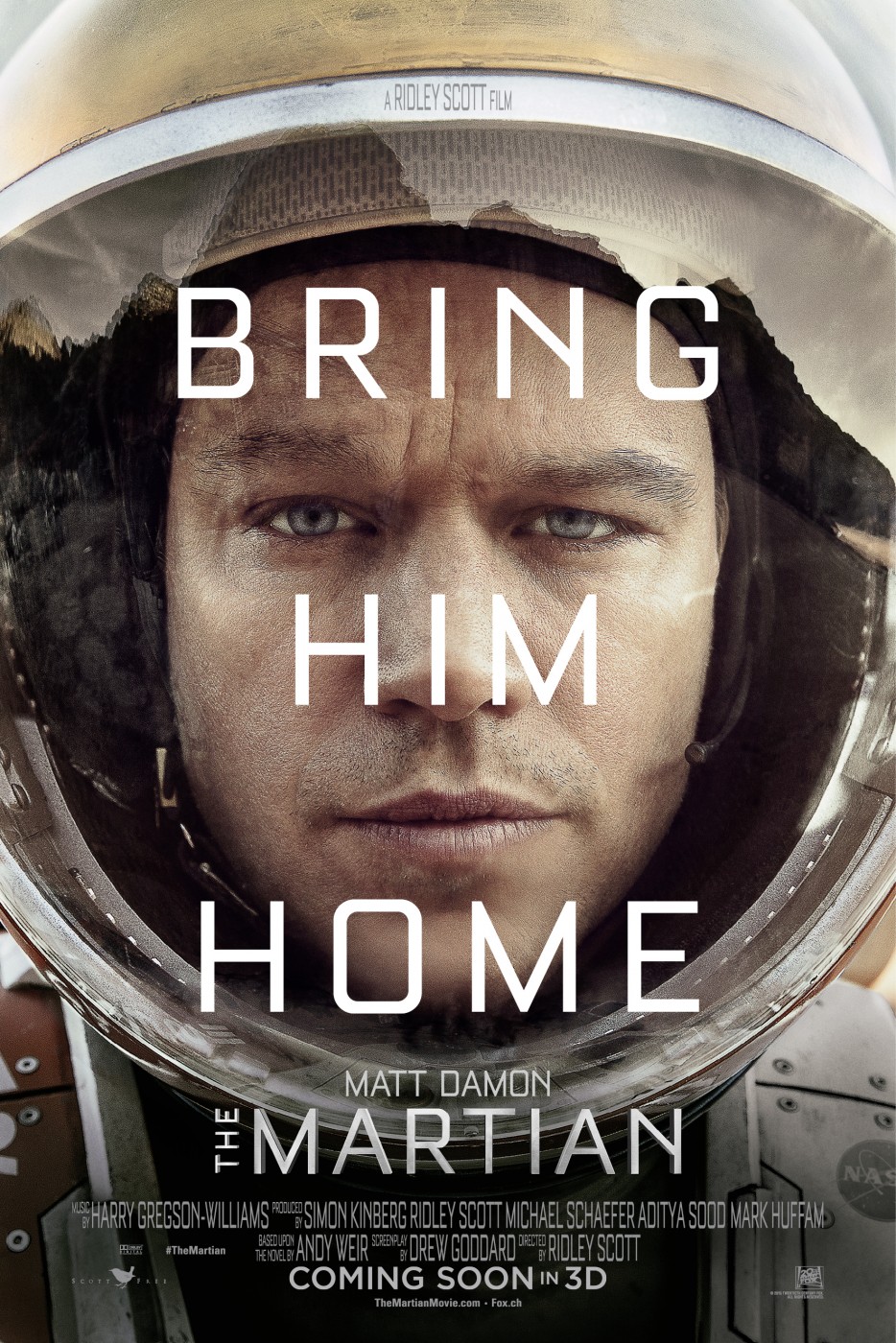 Who DOESN’T love Matt Damon? (If you’ve just raised your hand – get out. Now.) The US actor has talent in spades, and it really shines in his latest cinematic offering The Martian.

Damon takes on the role of astronaut Mark Watney in the movie adaptation of Andy Weir’s 2011 novel of the same name. Watney and his fellow space explorers have landed on Mars to find out more about the red planet. A freak storm cuts the mission short, and the team – Commander Melissa Lewis (Jessica Chastain), Rick Martinez (Michael Peña), Beth Johanssen (Kate Mara), Chris Beck (Sebastian Stan) and Alex Vogel (Aksel Hennie) – have to get onto their ship and out of harm’s way. As they battle through the elements however, a satellite breaks loose, hitting Watney on its way. Commander Lewis is left with the difficult decision – look for Watney or leave? She puts the safety of the rest of the crew first, and they board the ship, headed back to Earth.

What they don’t bank on, however, is Watney surviving. Which he does. And he finds himself all alone on Mars with a four-year wait until the next planned manned mission – and definitely not enough rations to last him that long.

The astronaut – who is rather handily a botanist – manages to figure out a way to grow potatoes in the mission’s living quarters and – after a nail biting wait – make contact with NASA back on earth. This is a science geek’s dream, packed with clever technical and scientific know-how that makes all things STEM seem pretty cool.

With contact made, and NASA having to admit that they left an astronaut behind, it’s all systems go to get our boy back to Earth – but with it taking literally hundreds of days to get to Mars, and even more time to create the technology to get there, how are they going to do it?

This is an emotional rollercoaster of tension and terror – it’s not as high action as some sci-fi flicks on the same scale, but director Ridley Scott (of Alien, Gladiator and Promethus fame) amps up the fear factor and the nerves as we root for Watney and his mission to survive on the barren dusty surface of Mars. The cast are fantastic – with Damon on Mars, we’ve also got the terrific Jeff Daniels playing the head of NASA on solid ground, with Kristen Wiig playing the space organisation’s increasingly stressed head of media relations.

With a brilliant team of actors, great special effects and so much tension you will literally forget to breathe, The Martian is well worth seeing this autumn. It’s not the paciest of movies, because a lot of the action centres around Matt Damon pottering about on his own and trying to make things work in a little space station on Mars, and at 2 hours and 22 minutes, it is a long one – but you won’t even notice and you find yourself on the edge of your seat, itching to know what happens to the abandoned spaceman and his colleagues. Because this one? Well, it’s out of this world.