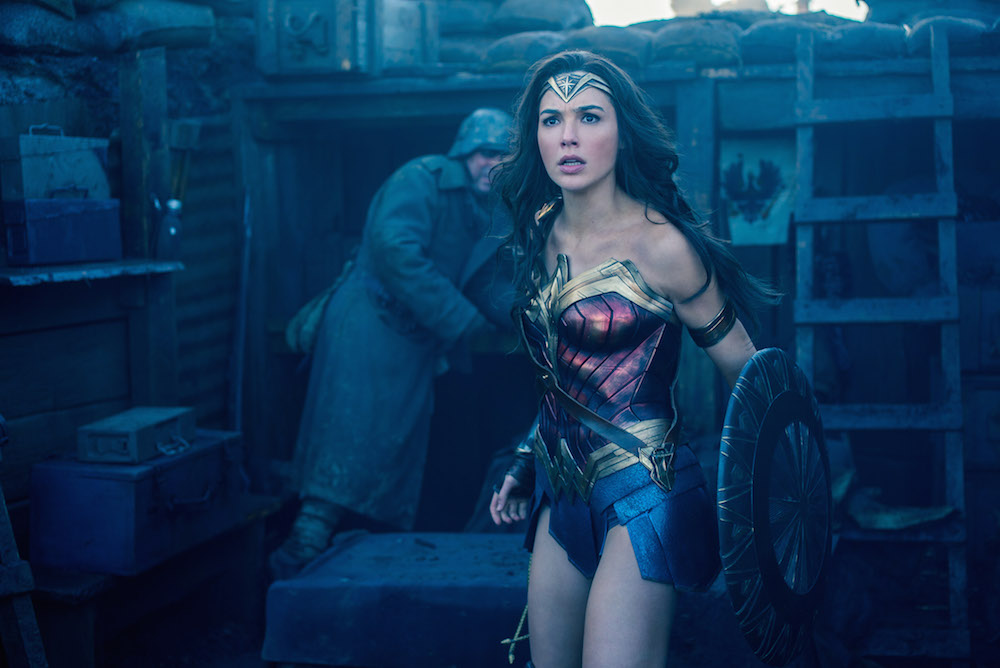 Superhero movies. They’re mostly men in daft costumes, rampaging around and saving the world while the ladies look on from the sidelines, offering the occasional romantic distraction.

In recent years, however, the ladies that populate the big-screen adaptations of our favourite comic books have been taking on a different role. Gone are the simpering girlie girls – nowadays, we’ve got wise-cracking, bold, brave women who definitely don’t need men to save the day.

And the latest offering from DC Comics does all this – and then some. Wonder Woman proves that sisters are doing it for themselves, thank you very much.

Israeli actress and model Gal Gadot takes on the role of Diana, the Amazon princess who’s innocent, mouthy, hard as nails, and on a mission to save the world. Thought the fight scenes from the likes of Batman, Iron Man and Captain America were something? Wait till you see Diana take on the bad guys.

Rise of the Warrier tells us exactly where the iconic character of Wonder Woman came from. But this time around, she’s moved on from the slightly clichéd hot-girl character of the 70s TV show. It gives her a bit of a depth, it makes her more interesting – and her weapons are a lot cooler this time around.

Diana is raised on an island populated by warrior women, preparing for the day that war returns to their piece of paradise. Her mother, the queen, eventually relents and allows her to train alongside the army, and it turns out, she’s seriously badass. Diana’s life, however, is turned upside down when a fighter plane bursts through the protective layer that surrounds the island, put in place by Zeus, bringing an American spy, Steve Trevor (Chris Pine), with it. And he’s closely followed by some German soldiers.

We’re in the throes of World War II, you see. And when Diana hears of the horrors that lie beyond the shores of Themyscira, her mind races to one of the tales her mother told her growing up – of the return of Ares, god of war. And she knows she has to get out there and destroy him.

Diana and Steve set sail – Steve to deliver intelligence to the British government, Diana to defeat Ares. And what follows is a series of jaw-dropping fight scenes, impressive CGI – and a few good laughs too.

Gadot is a breath of fresh air in the titular role. She’s gorgeous, there’s no denying that, but she doesn’t play on it. Her Diana is utterly fearless, totally determined and really doesn’t get why it’s a big deal for a woman to be striding out to end the war – which, in 1944, it really would be. She’s fantastic yet flawed, and a real joy to watch.

When Warner Bros and DC got to work on the Wonder Woman movie, they wanted a female director – and Patty Jenkins has proven to be a fantastic choice. The Oscar-winner treats Diana like any comic book hero – and it makes you wonder why it’s taken so long for a female character to get a brilliant film like this.

As far as superhero origin stories go, this has to be one of the best. And I know I can’t wait to see where Diana, princess of the Amazons, goes next.