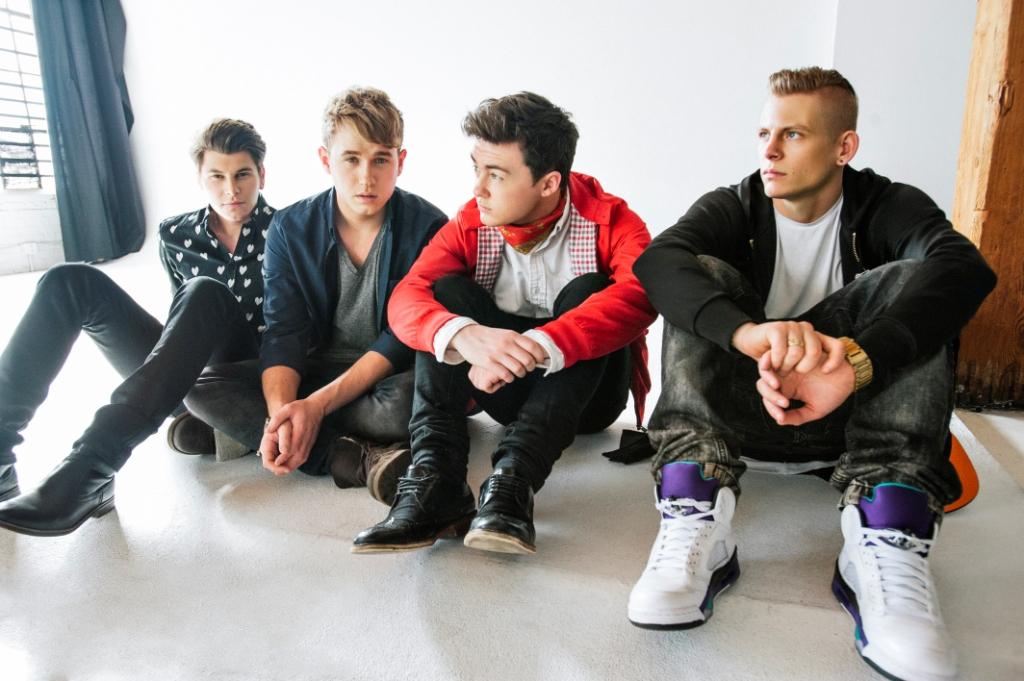 With the man behind Justin Bieber and Ariana Grande on their side, it’s no surprise that Manchester foursome Rixton are making waves on both sides of the Atlantic. With a number one single, a Teen Choice Awards performance and selling out venues across the US, it’s all a bit much for Jake Roche, Lewi Morgan, Danny Wilkin and Charley Bagnall to take in – but they’re loving every minute of it. Lead guitarist Charley took some time out from their US tour to speak with Source…

How’s the tour going so far?

The tour’s going incredibly. It’s our first ever headline tour – when we first started in Boston, it kind of got a bit emotional because we realised that they were there for us.

Busy, but there’s a lot of hanging about. It’s hard to get used to – especially the lack of space. We’re living on a bus, so we all have to try and be really tidy and we’re living out of our suitcases – but it’s great. The shows and meeting people and everything else – it’s the sort of thing that makes you feel incredible. Being on a bus for a few hours isn’t too bad.

You guys played at the Teen Choice Awards – what was that like?

It was so surreal. We’re a four-piece band from Manchester; it just feels like it’s skyrocketed over the last few  months. We get there, we’re on the red carpet doing photos and stuff and there’s Kim Kardashian standing next  to us. Then Taylor Swift walks past, says hello – we’re a bit like, ‘What’s happening?’

Your first single, Me and My Broken Heart, went straight to number one – how did that feel?

It was so crazy. We were in America, promoting our single, and we came back to the UK for two months. To come back and have our single go straight to number one – it was kind of like a dream.

What’s been the highlight of your time in the band?

When we played The Voice in the US – that was a big highlight for us, that was our first ever TV performance. We love Maroon 5 and we love Usher, so meeting Adam Levine and Usher on the day and hearing how good they think we are – that was pretty mind-blowing. Getting the UK number one though is probably the biggest thing for us – that’s got to be the highlight.

You’re touring the UK this autumn – how would you describe a Rixton live show?

A ‘show’ is definitely what we like to call it – we don’t just want to do a gig, play songs and plough through. We’ve really taken our time and we’ve got a show now. It’s really up-tempo, there’s real energy.

Where do you see yourself in five years time?

Catch Rixton on the road in October and November – see www.ticketmaster.co.uk for details