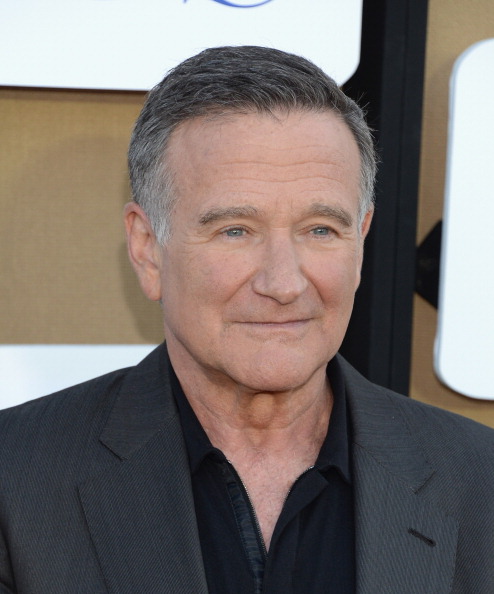 If you were a 90s kid like me, chances are there was only one man you’d have announced to be your favourite actor round about the age of eight.

He had buckets of energy, childlike mischief sparkling in his eyes and the ability to make you laugh, no matter how rubbish things were.

Robin Williams brought joy to the lives of millions of children and adults. Even now, my whole family – we’re grownups now and some of us have kids of our own – will sit and watch Mrs Doubtfire and laugh our heads off. My dad will have tears rolling down his face as he giggles at the same scenes and shouts the lines back at the screen – “Effie, brace yourself!” It’s one of our favourite films, and all because of Williams’ performance.

He didn’t even have to do much to make you crease up. As the Genie in Aladdin, Peter Pan in Hook, Mork in Mork and Mindy, all he had to do was twitch and eyebrow and you’d be gone.

And he wasn’t just a comic. He gave stunning performances in the likes of Dead Poets Society and Good Will Hunting, proving that there was so much more to this funny man than the big laughs and the manic energy – he was an actor. And a brilliant one at that.

And this week, Robin Williams – alien, nanny, teacher, genie – took his own life. For some reason, this unexpected celebrity death has hit us all much harder than any of the others – Heath Ledger, Peaches Geldof, Philip Seymour Hoffman. Because for so many of us, we grew up with Robin. Whether your childhood was idyllic or chaotic, chances are he’d be a fairly regular feature in your living room, like that mad uncle that comes round and gets the kids wound up in a flurry of jokes and games and flinging you in the air until your head hits the ceiling, before leaving your parents to deal with the hysteria.

It’s a tragic loss – for his family, his legions of fans and the entertainment industry as a whole.

The press have been going into great detail over Williams’ suicide – a hugely irresponsible move, as mental health charity Mind have pointed out – but it’s not how he died that matters. The fact is that a 63-year-old man – a 63-year-old man loved by millions – was suffering with depression so badly that he didn’t want to live any more.

Like Robin, thousands of people struggle with their mental health. Statistically, one in four people will have a mental health problem at some point in their life – from anxiety and depression to bipolar disorder. Despite this, there’s still a massive stigma attached to mental health. No one wants to put their hand up and say, “I struggle with how I feel,” or, “I’m scared to leave the house,” or, “Some days I feel so bad I don’t want to go on.” Because you’d be labelled crazy. Weird. Dangerous. And that puts people off the idea of speaking up.

It shouldn’t be this way. And it doesn’t have to be. Help is out there – talking therapies, CBT and medication are all available on the NHS. Helplines and support groups and even just talking to a pal – it can all make a huge difference if you feel like your feelings are getting out of control.

We need to talk about mental health. Openly, honestly. We need to be able to say when we aren’t coping. We need to shift this taboo surrounding depression and anxiety and everything else – because you’re not crazy or weird or scary. You’re not well and you need help, and that’s OK.

Mr Williams – thank you for being a wonderful part of my life, and for always, always making me laugh. We’ll all miss you. A lot.

For help and support