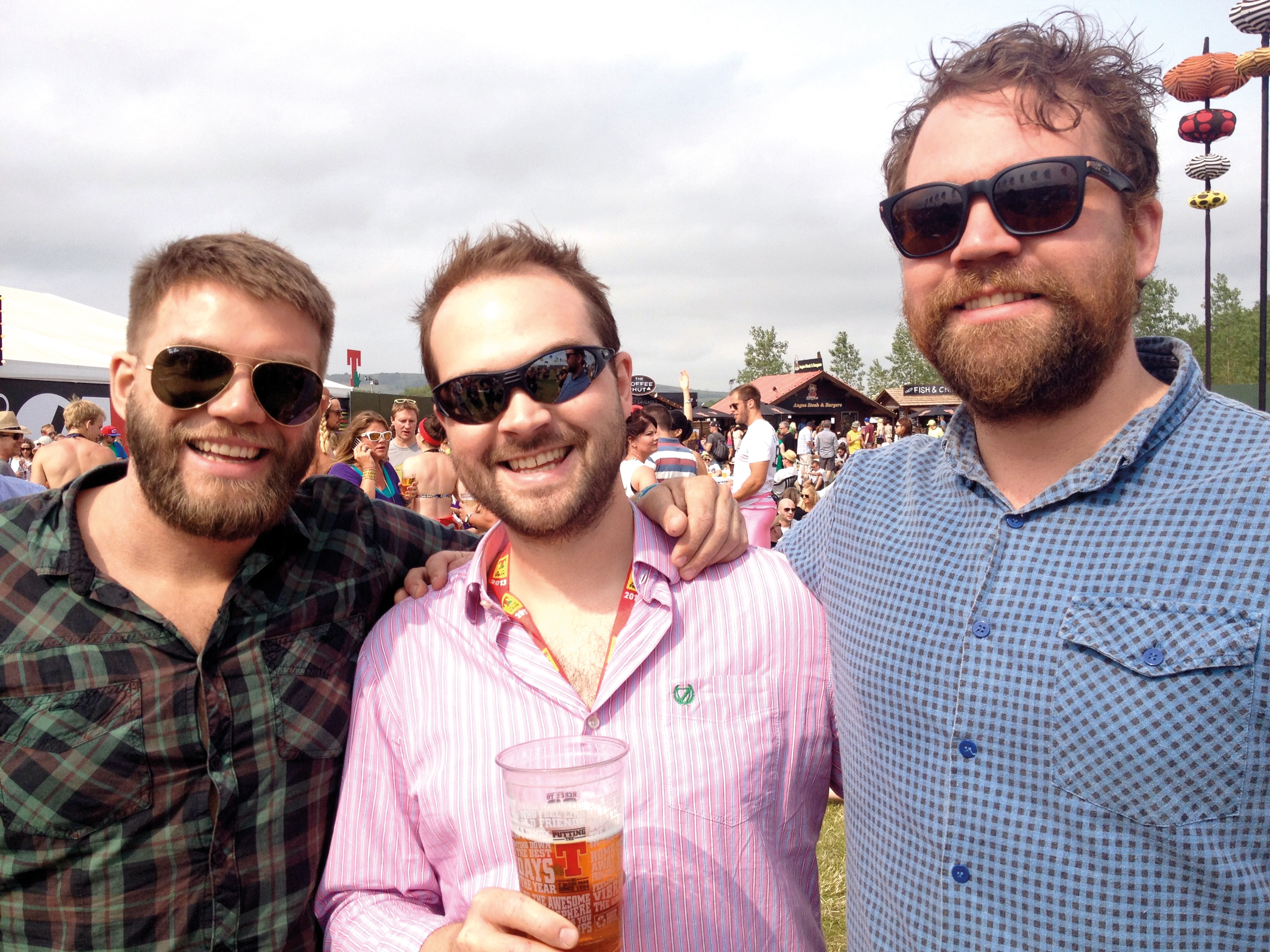 Education and discussions on mental health are imperative, and one charity is working to help make tiny changes to your mental health.

In May 2018 the world of music was rocked by the death of Frightened Rabbit frontman, Scott Hutchison. Having been open about the challenges he faced with his mental health, in the wake of Scott’s passing, his family is spearheading the tiny changes needed to support young people’s mental health. Grant Hutchison spoke to Saskia Harper.

Scott Hutchison never shied away from discussing his challenges with depression and anxiety – something he had struggled with since childhood. After news broke that Scott had died by suicide, there was a ripple effect of emotion and calls to action.

In the same year as Scott’s death, 784 people died by suicide in Scotland – a dramatic increase from 680 the year before. Now, Scott’s family, including brother and Frightened Rabbit drummer, Grant Hutchison, have launched Tiny Changes, a charity supporting young Scots – like you – with their mental health.

Using the adoration for Scott and everything Frightened Rabbit achieved during their near 15-year career, Tiny Changes has cemented a platform to help raise awareness.

Named after a Frightened Rabbit lyric, the charity aims to educate young people and adults alike about the importance of good mental health, as well as raising awareness of the current issues you are faced with.

Mental health issues come in many different forms: from stress and anxiety, to depression and eating disorders. Each illness is unique to the individual experiencing them, and has a different set of symptoms. It’s for this reason that the team behind Tiny Changes is so passionate about educating young people about their mental health. 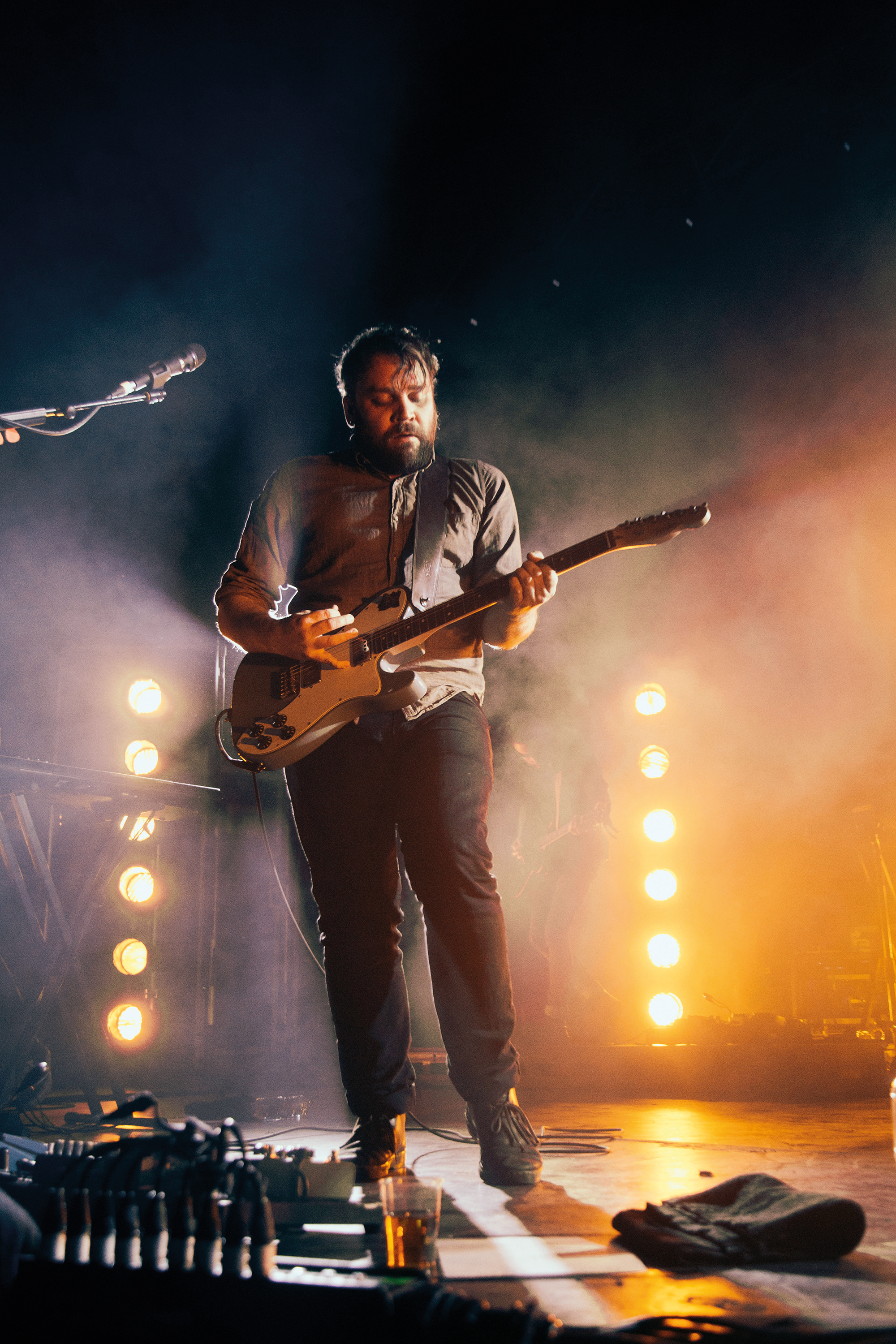 As well as providing guidance for those directly affected by mental health issues, the charity wants to include those on the outskirts: family members and friends of those affected; meaning you can understand how to support loved ones.

“I want to get to a point where everyone has some kind of empathy and higher understanding than we do now, of the impact it can have on someone’s life and the people around them. That’s going to make the biggest difference,” emphasises Grant.

Being open and listening is one of the best ways to offer help to a friend or loved one. As the charity’s name suggests, the smallest of gestures can have a bigger impact than you might imagine.

“[Talking about it] breaks down the barriers of silence,” says Grant. “Ask someone how they’re feeling. Just trying to be open and honest is a step that we can take and that people like me – who haven’t experienced mental health as badly and have a voice – can take to reach people.

“I think with mental health issues, you can feel like you’re repeating yourself, or you’re going back over old ground and you maybe think people don’t want to hear about your problems again. That stops a lot of people making that first approach, or even any approach to speaking to someone. It’s so important to try and be that person for someone, because getting something off their chest might be all it takes for someone to start feeling stronger,” continues Grant.

“Whether we’ve experienced mental health issues or not, we’ve all felt stressed and felt moments where just by getting something out, that release can really make a difference.”

The charity’s connection to music has helped promote their valuable work, enabling them to reach a wide audience. In fact, music can have a huge impact mentally: Scott’s lyrics discuss his mental health, reminding listeners that they’re not alone.

His legacy lives on, not only in his music, which helped so many and created a community, but in the valuable support his family is now providing to others.

All of you who are fans of @frabbits might have already seen the Tiny Changes documentary featuring some of the amazing artists that contributed to the record earlier this year. Take a look using the link in @frabbits bio if you haven’t seen it just yet. TCx. #TinyChanges #FrightenedRabbit

“Music is about memories,” Grant explains. “Music is tied to moments in your life that are both good and bad. Putting a song on that really brings back those good memories takes you right back there.”

In just a year, Tiny Changes has raised over £300,000 in the name of young people’s mental health, and won’t stop until their message is heard and change is made.

“Going forward, one thing we’ll always strive to do is listen to young people, hear what they need and what they think could help them change their lives,” Grant promises.

“To say that children and young people don’t know or don’t have the life experience yet to make decisions or have an opinion on something is wrong.

“That’s why it’s really important for us to hear what [you] have to say: it’s vital that we don’t ignore what the people we’re trying to help are actually saying. We want to be heard and we want young people to be heard.”