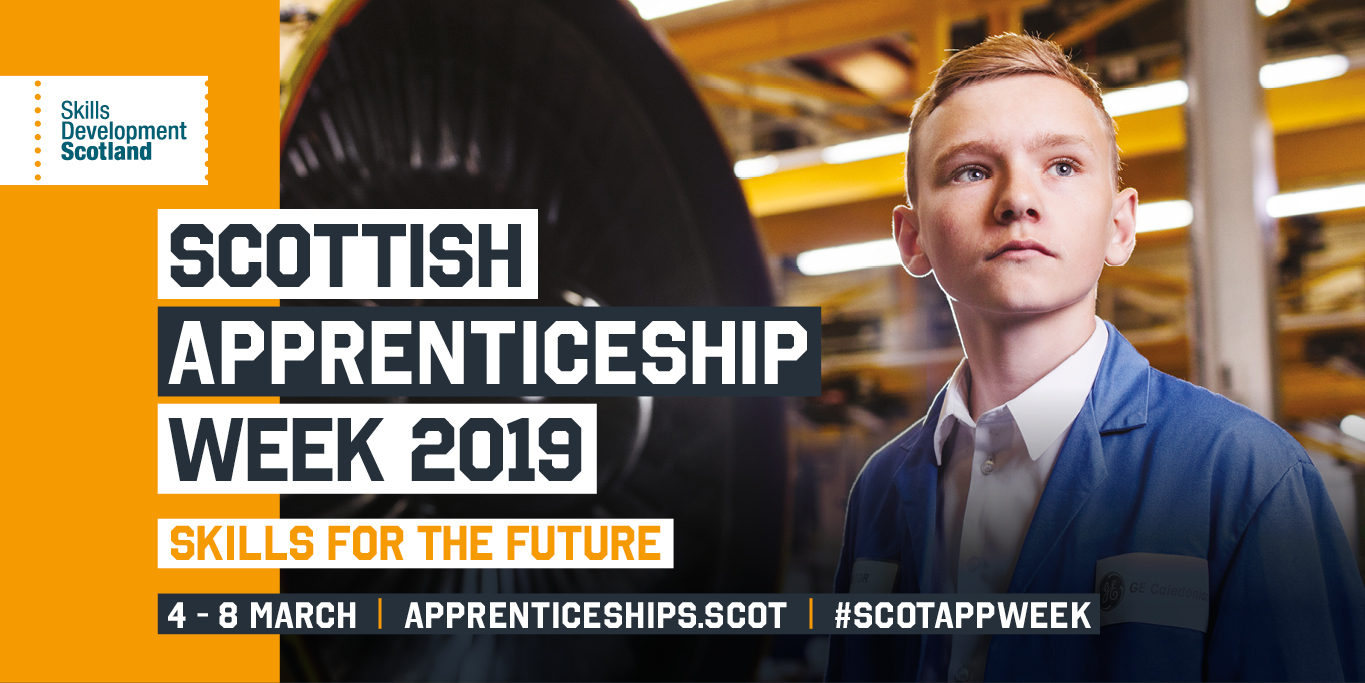 Apprenticeships mean you can learn on the job, gaining skills in the career you want, all whilst getting paid. What more could you want?

It’s almost time to think about what subjects you’ll take next year or what you want to do when you leave school. The prospect is scary, but there’s plenty of options; and an apprenticeship could be the perfect one for you.

An apprenticeship is a period of training which teaches you the skillset you need for a particular career. This training is usually paid and can last between one and four years depending on the type of apprenticeship you are on.

Foundation apprenticeships (FA) give you workplace experience before you even leave school. If you’re going in to S5 or S6 you can choose to complete a FA as one of your subject choices alongside Highers and National 5s.

On a FA you will work towards industry qualifications while gaining experience and skills. Instead of taking an exam at the end of the year you will have practical tests throughout the year that will make up your final mark.

Modern apprenticeships (MA) are often considered an equivalent to university or college and there are more than 80 types of MA. You will get paid while you complete this type of apprenticeship and gain an SQA qualification.

Unlike a FA, being on a MA is fulltime.

Anna Manson’s career in aeronautical engineering has taken off thanks to her Modern Apprenticeship. – Now she wants to encourage other young women to take the apprenticeship route. – Anna, who completed her apprenticeship last year, always dreamed of becoming an engineer, following in the footsteps of her dad and uncle. – The 22-year-old said: “I would say to any young woman who is thinking about an apprenticeship in a male dominated industry to go for it. There’s no such thing as jobs for boys and jobs for girls! Apprenticeships are for everyone.” – Anna knew she didn’t want to go to university and that an apprenticeship was right for her. – A Modern Apprenticeship meant Anna could build valuable work experience from day-one and gain an accredited qualification which is recognised by industry. – Anna, from Monkton in South Ayrshire, said: “I wanted the hands-on experience. I learn better that way compared to sitting reading a book. – “It was the structure of the apprenticeship that really appealed to me – the chance to work, learn and earn all the same time. An apprenticeship eases you into being into the world of work.” – Anna, who completed her apprenticeship last year with training provider Ayrshire College, says the best bit of her role with Spirit AeroSystems in Prestwick was the practical work. – Elements of Anna’s apprenticeship included using machinery and computers but she most enjoyed drilling, lifting and assembling. – Anna’s parents were also pleased with her choice to take on an apprenticeship. Anna says: “My mum was happy, but a bit apprehensive initially about the thought of me working with mostly men but it’s been great.” – Now that Anna has completed her apprenticeship, she is an approved operator. In five years time she aims to be progressing her career further in engineering, with the goal of travelling to different countries as part of the Spirit AeroSystems team.

You will learn the skills you need on the job along with qualities that employers are looking for, such as timekeeping and taking responsibility for your work.

MAs are designed by industry boards so that you are gaining skills relevant to the job you want. In order to start

If you aren’t sure whether you want to go to college, uni or head out in to the world of work, then a graduate apprenticeship (GA) could be the perfect option. You can apply for most GAs if you are 16 or over.

On a GA most of your time will be spent learning on the job, but you will also attend a university or college part-time as you work towards a degree. Instead of spending years in full-time study wondering how you’ll put what you’ve learned into practice, you’ll get to do it straight away.

Like an MA you will get paid while you learn. The work you do counts towards gaining your qualification so you could gain a degree faster than attending university or college full-time.

No matter what career you want to pursue there is an apprenticeship that will allow you to learn the relevant skills on the job.