Hey, I’m Ally I’m 25 and so, so lucky to do what I do.  My life is completely absorbed in music – it’s not bad really. I present on Radio 1, I DJ, I put on my own gigs, I run an online video channel and I even do the tannoy announcements at my beloved St Mirren FC. Here’s some new music I love from right here in Scotland, that you have to check out.

It’s my job to find bands and artists from all round the UK to put on my BBC Radio 1 show and reflect bands that are kicking off in the UK, hoping that important people will hear them (like Zane Lowe or Annie Mac) and therefore promoting the music I love.  So here’s three tips for you to check out and fall in love with them before they are megastars. (I’ve included Twitter links – tell them Ally sent you!)

No nonsense rock and roll, and definitely not for weans. There are no two ways about it, these guys demand your attention from the get go. With huge riffs and even bigger choruses, Baby Strange are delivering music that’ll work just as well in the sweaty venues they play in right now as the arenas they may be playing in a couple of years. Like Kings of Leon? Go tell your mates you just found your new favourites.

Scottish rapper with swagger and a big heart. These days, a lot of rap music is all about self-confidence, it’s about being number one, about displaying aggression and being the best – but that doesn’t mean you need to be nasty.  Kobi (born in Ghana, but growing up in Glasgow) raps with that same confidence but always with a purpose and a humility that makes him stand out, these’s passion in what he says, but pop music in the results. He’s supported some big names and already has an album out. Get on board before everyone else does.

About to release their second album on the super indie/super cool Chemikal Underground record label, this Glaswegian boy girl duo have a sound that is well and truly their own. They make some of the prettiest electronic songs ever, made all the prettier by singer Aneke’s mesmerising voice – sometimes I can even believe she is hitting the notes that she is. Huw Stephens and Jen Long from BBC Radio 1 are big fans and I hope you are too.

Who wants boring, lengthy reviews? I’ve come over all Twitter-friendly with the lowdown on the coolest live acts in Scotland…

Hip hop/rock cross over, it descends into a party wherever they go and everyone is invited.

BRAND NEW BAND ALERT, they have only just released one song and a video to go with it, well worth checking #littleresearcher

These three dudes are bananas, making electronic music that makes Skrillex seem like the shy retiring type. They played T in the Park before The Wanted – people got scared.

No nonsense punks from Elgin in the Highlands, also come with weird and wonderful T shirts. 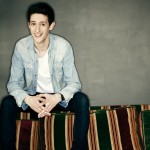 Catch Ally and Jen Long with the best in new UK music live on the radio every Sunday into Monday on BBC Radio 1, 12-2am, with BBC Introducing.

Check out his new music video channel at www.detour-scotland.com

Ally presents Radio1's Introducing show on Sunday nights with Jen Long, from midnight until 2am. As well as filling our ears with the best in new music from Scotland, Ally puts on gigs, produces and presents an online TV show, DJs and does the announcements for St Mirren FC.