From 4pm tomorrow (26 November) fans will have the chance to discover the lineup for TRNSMT 2020 and could even get their hands on free tickets.

It’s almost time to set the countdown for 10 July when we’ll be making the annual pilgrimage to Glasgow Green for Scotland’s  TRNSMT festival.

The epic festival in our very own Glasgow is back for 2020, taking over the dear green place from 10-12 July. 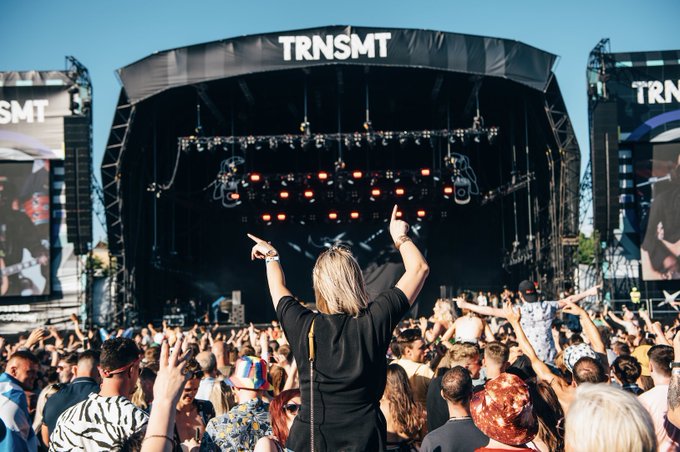 The rumour mill has been churning out some of the biggest names in music to headline 2020 and it’s no wonder.

They will be joining the likes of Arctic Monkeys, Stormzy, The 1975 and The Killers on a list of star-studded names that have played the main stage.

After last year’s live, interactive social media lineup reveal we were expecting big things and now the secret is out. An interactive digital treasure hunt will take place across the UK to reveal the hotly anticipated lineup ahead of next summer.

Make sure you’re the first to know who is playing #TRNSMT2020 and you could be going to the festival of the season ON US! Play this Tuesday at 4pm as TRNSMT MARKS THE SPOT 🗺❌

Festival fans will be encouraged to solve clues and questions on different venues and locations, guess correctly and the answer will take you to an interactive badge and artist names.

If you are lucky enough to piece the clues together and get the artist name, head to Twitter and Facebook to share your findings and be in with a chance to win tickets to next year’s festival.

The treasure hunt will kick off at 4pm on Tuesday 26 November, followed by the first announcement for TRNSMT 2020 at 5pm.

We can barely contain our excitement.

To take part in the best treasure hunt of 2019, click here just before 4pm on Tuesday 26 November, follow the clues and work out the correct destinations before anyone else.

If the promise of an interactive reveal and a lineup announcement wasn’t enough, fans who have signed up to the TRNSMT database will receive a special discount on three day weekend tickets for one week only.

A Black Friday treat from TRNSMT to you.

Tickets will be on sale from this Friday 29 November here.

Are you following Source on Twitter and Instagram? Make sure you do for all the latest updates on TRNSMT 2020.