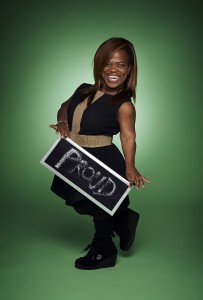 For some, dating is pretty much a taboo topic and is never discussed outwith close friendship circles. For others, it’s more of a game where cards, or hearts, are held close to the chest in order to keep bluffers and cheats at arms length. But for a group of individuals – some of whom Channel 4 introduced us to last Thursday – it’s neither a scary subject, or an endeavour that requires a good poker face.

Mary, Daniel and Hayley each live with challenging conditions which they feel has made a negative impact on their romantic life. Determined not to be defeated, they called in the help of expert dating agencies to assist them in their search for the perfect match. Their journey through the tunnel of love will make you both laugh and cry as you root for a happy ending. Channel 4’s The Undateables is a hugely touching series, and we can’t wait to see what the other daters have in store for us over the coming weeks.

There’s lots of reasons to love this show, but for now, we’ve rounded up the top three…

Whether you are able-bodied or live with a condition that effects your everyday life, there’s nothing and no-one in this programme you won’t share certain experiences with. Take Mary, who is a mature student and mother living in London. This 44-year-old, who won Team GB four gold medals in 2012, is like any other woman you’d meet at school or work. She likes dressing up, seeing her friends and taking care of her son. And most importantly, she’s a great laugh – any man would be lucky to have her company. But because she was born with achondroplasia, the most common form of dwarfism, she feels she hasn’t been as lucky as she could be in the dating game. Last week she met with personal trainer Jetand all seems to be going well. We have our fingers crossed.

Between sneaky politicians, cheating spouses and everything else that’s going wrong in the world, it’s refreshing to see a group of people stand up and speak openly about what they believe in. 29 year-old nursery nurse Hayley is one of them. Feeling that she’s missed out on love due to her Apert syndrome, she’s now ready to take the plunge and lay all cards on the table. She understands that she may come across as different to some, but wants people to understand that she’s just another human being, and deserves to be treated as such. Her date with council worker Chris went well, let’s hope it continues to blossom.

Unless you, or someone you know, has been diagnosed with a disability, it’s hard to put yourself in their shoes. Daniel from Brighton has autism and finds it difficult to communicate with those close to him, as well as people he’s just met. Before he meets potential girlfriend, Holly, Daniel’s mum takes him through the steps of how to act around and speak with the opposite sex. Here it’s clear just how patient and understanding we need to be when interacting with those who experience the world a little differently to ourselves. Daniel’s speech is slow and he often gets his words muddled up, but after watching him on screen for a few minutes, what he wants to say soon translates. It’s just a case of being patient – a skill which many of us could use more.

Episode 2 of The Undateables, where we’ll meet John, Ruth and Zoe, airs this Thursday at 9pm on Channel 4.