Here at Source we like to cater for your every need. As if providing you with interesting reviews, hilarious features and impeccable beauty and fashion advice isn’t enough, we’ve now decided to treat you once again. We’re coming to the end of January now and the rain, cold, snowy/slushy stuff has really taken its toll, so here, prepared especially for you, is a guide to everything that’s worth seeing, doing and trying out this February.

You’ll find everything that’s hot for the month here; gigs, TV programmes, films and events all gathered together in one place. Pop the kettle on, sit back and let Source casually improve your life once more (thank us later).

For the cultured/edgy/cool among us…

Throughout February, The Arches, Glasgow
www.thearches.co.uk

Now, being honest, this sounds like my idea of a nightmare. However, I can’t help but be ridiculously curious. Billed as “the ultimate terror experience”, the show is inspired by the Alien movies and the gruesome bio-mechanical artwork of designer HR Gige, and the general premise is that you are almost in a real-life video game. Set in The Arches, Glasgow, the audience have to scramble through the underground setting being chased by aliens! Well, obviously not real aliens obviously but Alien War will undoubtedly be an adrenaline pumping, terrifying experiences! If you fancy paying £9.50 to be chased by something really scary in a dingy tunnel then this is definitely the event for you.

Another reason why February looks to be an amazing month: the Six Nations. We love nothing more than a little inter-country rivalry and that has absolutely nothing to do with the vast quantityof men in shorts. Get yourself down to the pub, or even better head down to Murrayfield to watch our boys in blue kicking and scrumming and whatever else it is they do on the rugby field! The tournament runs from 9 Feb to 9 March. Scotland’s home game fixtures this tournament are against Italy, Ireland and Wales.

Balletboyz are back by popular demand (apparently)! The brainchild of Michael Nunn and Billy Trevitt, Balletboyz combines contemporary and classical ballet moves in an exciting and completely individual way. 10 guys, in leotards being really good at dancing, what a perfect way to begin your month!

Broadway in the Bar

For those of you who feel like embracing your inner musical theatre star after seeing (the absolutely amazeballs) Les Mis in the cinema, Glasgow’s Tron Theatre is hosting an afternoon of Broadway hits on 3 February at 4pm.

Until 3 Feb, venues across Kingussie
www.kingussiefoodonfilm.co.uk

Located in Kingussie, Inverness-shire this festival is bursting with culture. Local food, celebrity chefs combined with short films and documentaries? Sounds like a good day out to us!

The Glasgow Film Festival is enormous, showing films from a huge range of different genres from all around the world. Sub-festivals Glasgow Youth Film Festival (3 – 13 February); Glasgow Short Film Festival (7 – 10 February); Great Scots; Fashion in Film; Glasgow Music & Film Festival, and FrightFest make sure there is something for everyone. A full list of what’s going on can be found here. We’ve got our eye on Sammy’s Great Escape 3D which looks like an adorable little animated film about a cute turtle – totally too old for this, totally don’t care. Lena (Wed 6 Feb) looks really good too!

The CatStrand’s acoustic open stage night has recently been rapidly growing in success. A good evening out with the chance to spot some amazing local talent (you might just find the next Justin Bieber?) or perhaps showcase your own talent! The perfect location for you and your mates to have a chilled out evening listening to some lovely music and exercising your inner Simon Cowell scouting out the top talent!

Wild hair, weird voice, funny man – the three ingredients to the comedian recipe which will always guarantee a good end result. Russel Kane is hot property after appearing on shows such as I’m A Celeb (the funny bit where they all laugh at the misfortunes of the celebrities actually in the jungle surrounded by spiders and eating bugs), Celebrity Juice, Unzipped on BBC Three  and his spin off Geordie Shore programmes, so this show is bound to be highly energetic and full of laughter. A bit like Russel brand in his manner, Russel Kane’s career is only looking set to explode so why not treat yourself to a laughter-induced-stitch on the thirteenth? 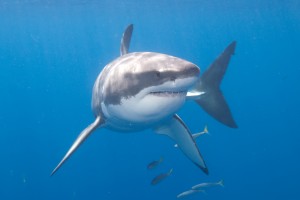 On 15 Feb, Deep Sea World in North Queensferry is allowing you to get up close and personal with some sharks and other marine animals. Not for the faint hearted, this experience will be one you’ll never forget! Also, diving with sharks pretty much makes you one of the bravest people ever, which is really cool. Tickets start from £10.50

Everyone loves a bit of Bear Grylls. He’s a true adventurer and eats loads of mental things that, quite frankly, I couldn’t go near even if I WAS stuck in a jungle somewhere. The GIen Affric Winterfest is a chance for you, over the course of two days to get stuck in and refine your survival skills in the snow of the Highlands. From igloo building to snow shovelling, this looks to be perfect for those who enjoy life on the wild and undoubtedly a bit nippy side.

We love nothing more than a good giggle, so an evening full of jokes for a £5er sounds absolutely peachy. The quarter finals of the Laughing Horse New Comedy Act of the Year is a great way to see some of our very own funny people take centre stage at The Beehive Inn. The quarter finals is quite far into the competition so the people you watch are guaranteed to be good, and you never know they might just do a Kevin Bridges and three years down the line you can say “I saw them in a little venue in Edinburgh before they were famous…” Bragging rights are a beautiful thing.

What better way to spend your money than at a live music event? Here is a carefully selected list of the best concerts going on around Scotland in February! 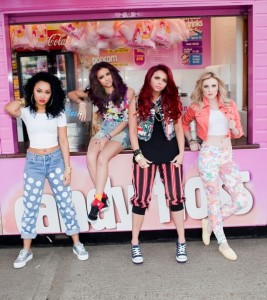 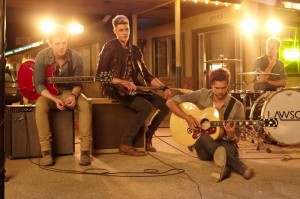 Now onto the real goods. The stuff you can relish without leaving your sofa. The TV. Here are the best things on telly this Feb, guaranteed to have you glued to your seat! 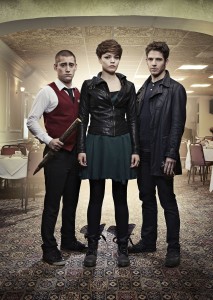 A vampire, a werewolf and a ghost living under the same roof? I don’t think any further explanation is required.

Our favourite and most lovable serial killer Dexter is back for the penultimate season! 7

American comedy Underemployed explores the ‘trend’ of graduates who are ‘over-educated but underemployed’. A must watch!

The cinema is a luxury for us students (how expensive are tickets these days…seriously). But, February is the month of lurrrrv so why not indulge by watching some of these bad boys: 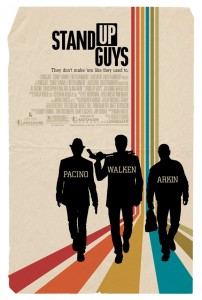 With an all-star cast featuring Al Pacino and Christopher Walken ‘Stand Up Guys’ follows a fresh out of jail convict as he reunites with his delinquent pals in an attempt to catch up on all the years of misbehaving he’s missed. It’s fair to say the cast sells the film, but with the typical gangster genre which is Deniro’s playground it looks to be a brilliant new film.

This is one for you romantic souls. Appropriately released on Valentine’s Day this is the latest of love guru Nicholas Sparks’s (The Notebook, The Vow) slushy romance novels to be turned into a theatrical extraordinaire. Starring the ever so dishy Josh Duhamel as the leading male it’s safe to say I need to know no more about this film but will undoubtedly be queuing up this February 14 to go and see it. Go alone, drag your boyfriends, grab your girlfriends – this is a guaranteed sob and smush fest which will make your heart feel funny in that lovely way.

Rebecca is a 21-year-old Welsh girl currently studying for a Masters in Investigative Journalism at the University of Strathclyde. She’s a film buff and music geek with a slight obsession with labrador puppies and a passion for journalism, hoping to be writing for a big magazine one day.

Managing your mental health at work

Grab a free burger with the Hard Rock Cafe