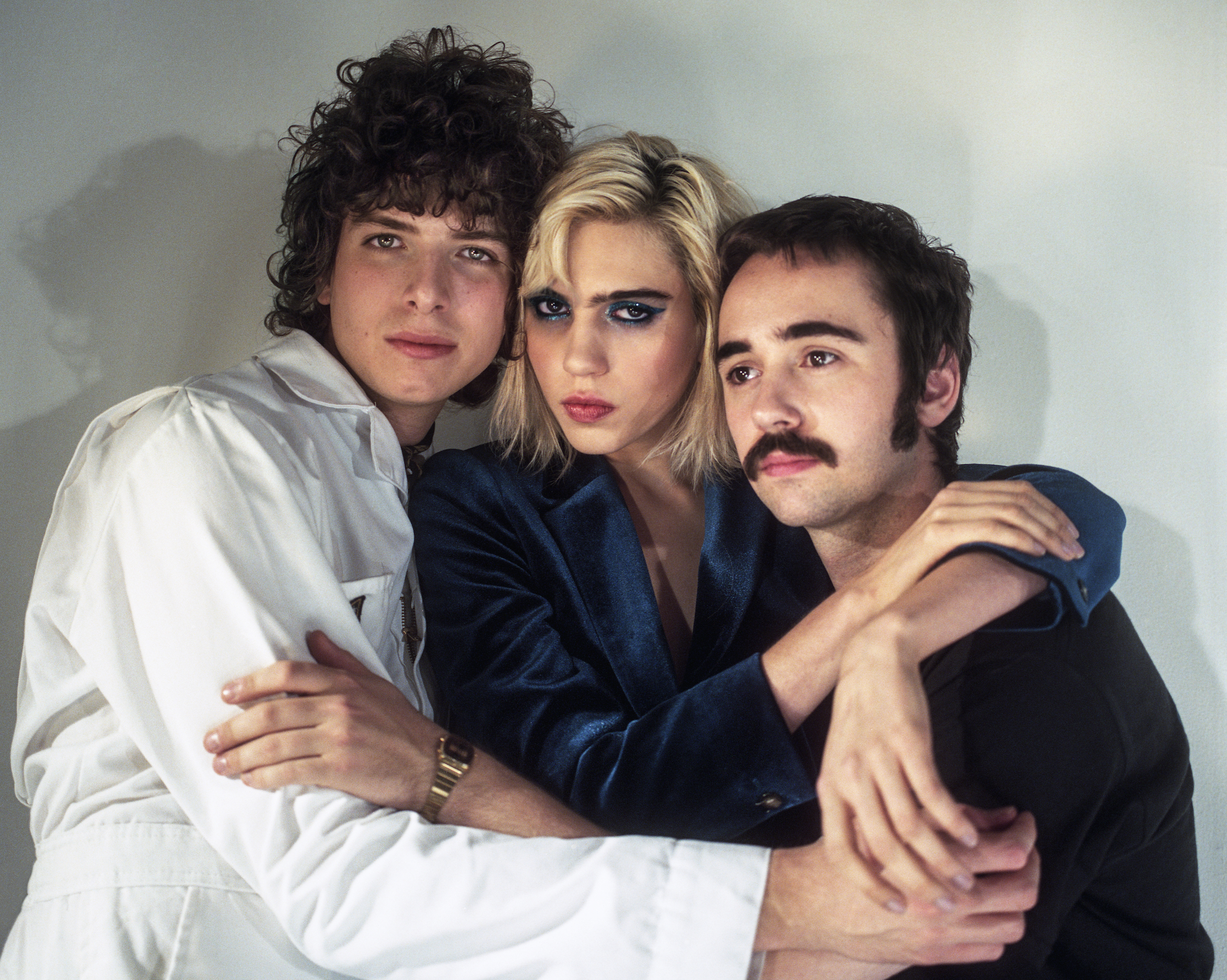 After the success of their dreamy psych-rock debut album Human Ceremony, Sunflower Bean are back with their second record Twentytwo in Blue. We chat to the indie Brooklyn trio about making music in turbulent times, why artists have a responsibility to speak out, and a change brewing in the music industry.

How did you guys come together as a band?

Jacob: So, Nick and I were playing in a band around NYC and Brooklyn around our last year of high school and Julia was also playing in bands at the same time.  When Nick and I started jamming on our own we played a couple shows as a two piece but always knew we were going to need a solid bass player/vocalist. We asked Julia if she would join and after a couple tries she said yes. We had our first rehearsal and the rest is history.

Is there a story behind your name, Sunflower Bean?

Nick: It magically just popped into my head one day. We weren’t thinking about band names or anything like that, we were just hanging out. It felt like saying abracadabra.

What was the creative process behind your new record Twentytwo in Blue like?

Jacob: We started working on the record at the end of 2016 when we returned home from our last run of Human Ceremony dates in the US.  We were feeling inspired from everything we had been listening to on the road, from playing a ton of shows, and talking to and meeting so many people all over the world. As soon as we started playing again in the practice space it felt like a creative faucet was being turned on and the ideas were flowing. We wrote the basis of the songs in the basement, and then took them to the studio and built them into what they would become over time with the help of Jacob Portrait and Matthew Molnar.  We were really able to produce this record and use the studio as a tool and instrument in and of itself.

NME described your sound as a blend of “dark-matter heaviness of Black Sabbath with the new-wave pop smarts of Blondie” after the release of your first record. Do you think that’s an accurate description of your sound now and the new album?

Jacob: I think it still holds some truths with the new record.  At the core of everything we do is still the three of us, although our sound has changed on Twentytwo In Blue.

What are some of the band’s biggest influences?

Jacob: We have a lot of big influences, from all different era’s of rock and pop music so it’s hard to say which one is the biggest.  For Twentytwo In Blue, we were listening to a lot of Tusk by Fleetwood Mac, The Gorillaz, Slade and bunch of other stuff.

The last few years have been politically turbulent to say the least, especially in the US. Has that affected your music at all?

Jacob: It definitely has permeated into our music.  The last Human Ceremony tour we did in the fall of 2016 weighed incredibly heavy on us as it was around the time of the election and we got to see how the country as a whole was feeling.  When we got to writing this record, we felt the weight that I think a lot of people were feeling at the time and came it out in our art.

Do you think that artists have a responsibly to speak out or comment on what’s happening in the world?

Julia: We have to remember that art has been an important part of social and political change happening in the past. While I don’t think art always has to be political, I think if every artist looked deeper into what they have to offer as a creative person to the world, who knows what we could accomplish.

At the moment, we’re seeing a major movement in the film industry with #TimesUp and #MeToo. Do you think this is also happening in the music industry?

Julia: Definitely. I think women and people in general are sick of the abuse of power, and aren’t letting things slide anymore. And that’s a really good thing.

Do you have any tour plans for this record?

Jacob: We’re going to tour the record as much as people want!  We have a UK tour coming up March – April and we’ll definitely be hitting Scotland!!

Twentytwo in Blue is out 23 March. Sunflower Bean are playing Stereo in Glasgow on 1 April. Get tickets here and keep up to date with the band on Facebook and Twitter.