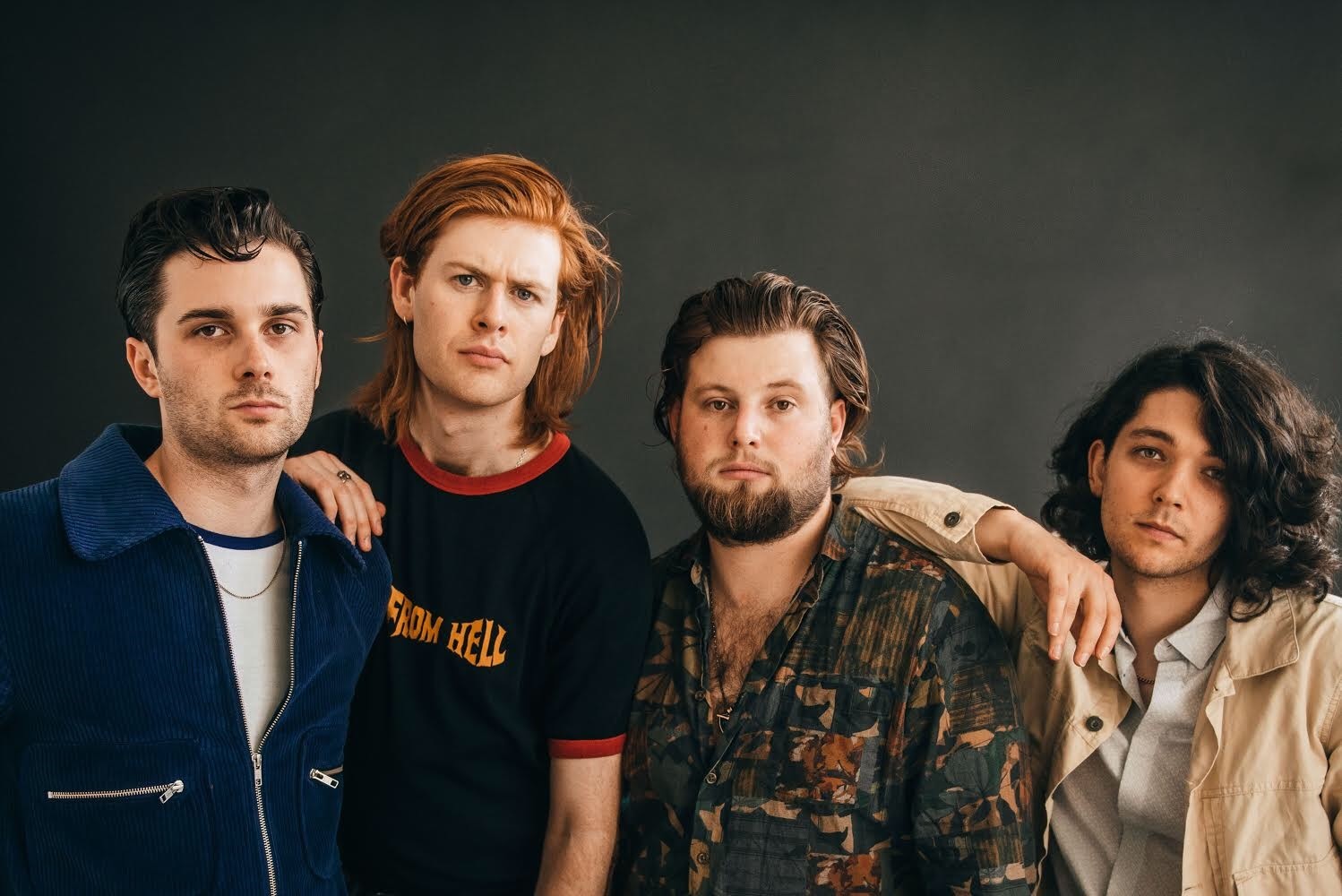 TRNSMT is well-known for featuring some of the hottest bands of the moment. Opening the Main Stage on the Sunday was The Amazons. We sat down for a chat with the band to find out where they get their inspiration and the true meaning of rock and roll.

How did your set at TRNSMT go?

Matt: It was fun. We’ve just been in Madrid and Milan, and supported Muse, so it was nice to come back to a familiar crowd and a Scottish crowd. We played TRNSMT a few years ago and it’s nice to be back. We’re very much enjoying ourselves.

Matt: It was good. The Scottish crowd is always warm and love rock and roll. It got us really excited for our show at the Barrowlands in November. It got me super excited for that.

What’s the best part about performing at festivals?

Matt: I like when people have an interest in something a bit different and they are not satisfied with the surface level stuff. It’s like they want to delve deeper and want to visit a world they don’t understand.

What I like about music is you find so many people like that and I think the bassline is that by being the band that we are, people here aren’t satisfied with just radio top 40, it’s a whole world and they want to get into it. That’s what I like about music and festivals, everyone’s on the same page.

Joe: I think that’s how you sample from the well of inspiration though. Who knows whether this will inspire something musically.

Matt: Well, why not? Music and lyrics don’t have to be some soppy diary entry about being true to yourself and all that nonsense. It can actually come from very creative, different places. That sense of fun and exploration and creation seems to have been lost and it’s now really just direct diary entries, which is boring.

Our new album
FUTURE DUST is out NOW.
Buy it, stream it, share it. It’s yours now.https://t.co/v3apty6FPZ pic.twitter.com/TkHNuo0Nmf

For anyone who hasn’t heard you before, how would you describe your music?

Matt: Rock and roll. That’s what it is and everything that’s good about rock and roll is what we’re trying to capture. Especially in the latest record: it’s about energy, expression, a release from the tensions, it’s all about it being a release.

Whether you want to stand at the back of a gig, or be in the mosh pit or are having a rubbish day and you just blare some music in your car. Lyrically you can tackle issues head on but music is an escape and it’s something that transcends normal life.

Are you following Source on Twitter and Instagram? Make sure you are to read all of our exclusive TRNSMT interviews.