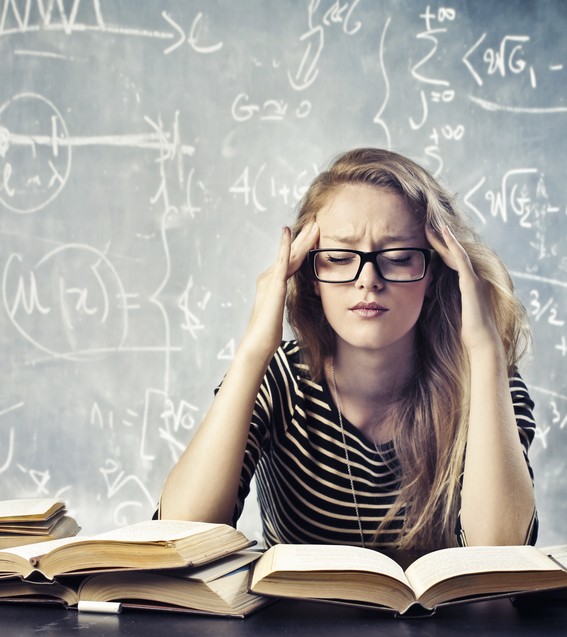 A study done in St Andrews which surveyed the health and wellbeing of 11,000 young people aged 11, 13 and 15 has determined that underage smoking, drinking and sex has gone down – but mental health problems amongst young girls are on the rise. The study examined emotional feelings and habits, family life, school, nutrition, physical activity, body image, substance use, sexual health and bullying over four years.

There have been higher reports of psychological stress such as anxiety, nervousness, low mood and medicine use in females with common causes being:

So why are so many girls becoming prone to mental health problems?

The study found that girls are twice as likely as boys to be on a diet and those aged 13-15 are considerably less likely to report feeling good looking compared to boys their age. More than half of 15-year-olds said they thought they were too fat, despite only 10% of the group actually being classified as overweight or obese.

Adolescence is time of change. Not only will your body change, but you will start to feel more aware of certain parts and how you think it ‘should’ look. Unfortunately, we live in a world where we are bombarded with images on TV, in magazines and across social media of people who are perceived to have the ‘perfect’ figure.

However, in your early teens, your body is still growing and there’s absolutely no point getting fed up because you don’t look like Katy Perry just yet! The best thing you can do at this stage is nourish and look after your body by eating well and getting enough exercise and sleep.

That said, unless you are actually overweight or have been told to cut back by your doctor, putting a rigorous exercise plan and structured diet in place can actually be damaging. Dieting can deprive your body of vitamins and minerals that are vital for healthy development so unless you are trying to lose weight, steer clear of food fads. For exercise, the Scottish Government’s physical health guidelines state that adolescents should aim for 60 minutes of moderate to vigorous exercise each day, so if you are above or below that, take heed.

Of the people surveyed, fewer than one in five met these guidelines and it’s important to realise that exercise not only helps keep you in shape, it releases endorphins (happy chemicals in your brain), which make you feel good too!

Girls are prone to putting more pressure on themselves to succeed than boys. It is important to be ambitious, but don’t let it take over your life. Remember grades are not the be all and end all and whether it’s an exam or your driving test, try to look at the bigger picture. In the grand scheme of things, will failing really ruin your life and is it really worth getting all worked up about?

Sometimes the pressure to succeed doesn’t come from yourself but from teachers or parents. If you feel like expectations are too high and they are affecting your wellbeing and concentration, don’t suffer in silence. Talk to your friends and try to speak to the people putting pressure on you. They may not realise what an overwhelming effect they’re having on you psychologically and will definitely not want to upset you. You will function best when you are supported, instead of being pushed beyond your capabilities. So be honest with yourself, set realistic goals and you will get to where you want to be. 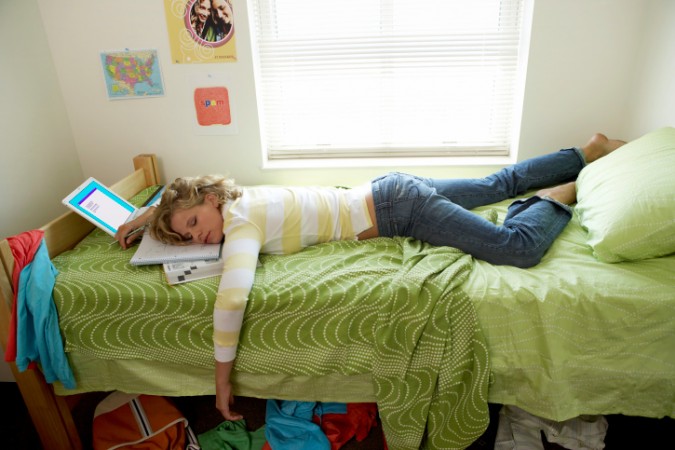 Various media outlets can have a huge affect on how we assess ourselves psychologically. It’s in human nature to compare yourself to others so the culture of showing off on social media often serves to make people feel left out or inadequate when it’s actually mean to have a positive effect.

Watching ‘reality’ programmes like Made in Chelsea and Geordie Shore, people can be sucked in to the idea that people look that glamorous and lead such exciting (and ridiculous) lives – which is absurd. These shows are staged, people! Comparing your normal life to minor celebrities whose activities are planned ahead of them is completely unrealistic. Who wants to have the pressure of appearing with an inch of makeup on their face, dressed to the nines with fake eyelashes and hair extensions every day? No thanks!

Magazines have an appalling culture of focusing on the fluctuating weight of celebrities which makes normal people feel like they too should be as concerned. There is so much more to life than obsessing over your waistline, so please don’t panic if you’re measurements don’t match that of Victoria Beckham or Kim Kardashian!

Social media is another kettle of fish all together, because it’s so personal. Many people spend a lot of time trawling through their Facebook or Instagram feeds wishing they looked a certain way or that their life was more like someone else’s. This is a big downside of social media and a good reason to distance yourself from it in favour of spending time with real people rather than what’s presented in pixels.

Not only that, but it can turn really nasty if people decide to use it to cause offence or upset.  From those surveyed, 14% of students report bullying twice a month in the past two months and a quarter of 13-year-olds report being bullied through electronic media messages over the same timescale. If you experience cyberbullying, never tolerate it. All local authorities and schools should have an anti bullying strategy in place and firm policies to keep this behaviour to a minimum. Talk to a friend or parent if you have been upset by messages across any social network site (Facebook, Twitter, Instagram, Snapchat and the rest) and don’t suffer in silence. Bullies do what they do to make themselves feel better and they should never get away with it.

The Scottish government say they “would encourage any young person struggling with any issues or worries in their lives to contact ChildLine which can provide confidential advice and information by telephone and online.”

You may not think you are a child, but staff people at ChildLine are trained to help teenagers and young people as well as younger children. so you will be forwarded to the best person to deal with your problem – give them a call on 0800 11 11.

If you think you might be suffering from mental health problems these organisations are also here to help: