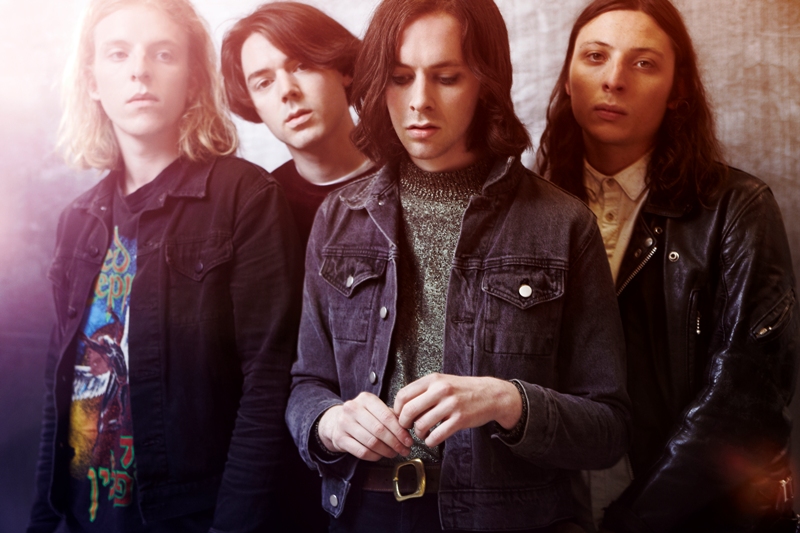 After a successful 2013, this year’s looking to be just as bright for indie rock quartet Peace. Drummer Dom Boyce sat down with Source for a quick chat about what’s next for the lads…

Festival season is on the horizon and you’re playing the Main Stage at Reading and Leeds – are you looking forward to it?

We really are. None of us were expecting to be asked to do that this year, we were really grateful for that.

From a band point of view, it can be quite refreshing – it’s a slight change to what you normally do, but it’s still doing what you love. I think for anyone who loves music or is involved in music in any way – if they hate festivals, there’s something wrong with them!

What’s been the best show you’ve ever played?

I think, honestly, it would have to be Leeds Festival last year. Both Reading and Leeds collectively were the two best shows we’ve ever done, and it was the best weekend of gig-playing that we’ve ever done, but I’d say we played better at Leeds.

You’ve been working on the second album. What can we expect from it?

I think, from a song-writing point of view, Harry has invested more of himself into the songs. From an instrumental point of view, the whole thing feels a little bit more educated as opposed to ‘hit and hope’, which was very much the philosophy with the first record! None of us really knew what we were doing. [Laughs] We still don’t!

What would you say you learned from the first record that you’ve brought to this one?

To leave things when they need to be left and not overcook things – no more didgeridoo parts. Just leave it. None of us are particularly stubborn or overly proud people, but I think it’s important to listen to the producers, take criticism.

Towards the end of the year last year, after we’d been on tour for two years straight, I was looking forward to spending a bit of time at home. But all of us now are really hungry to go out and play songs to everyone again. There’s so much still to be done, so many places still to go and so many more songs to be played, which is really exciting.

Last question – what’s the best thing about being in a band for a living?

Peace will be playing the Main Stage at Reading and Leeds Festivals this summer, 22 to 24 August. Check out the full line-up at www.readingandleedsfestival.com