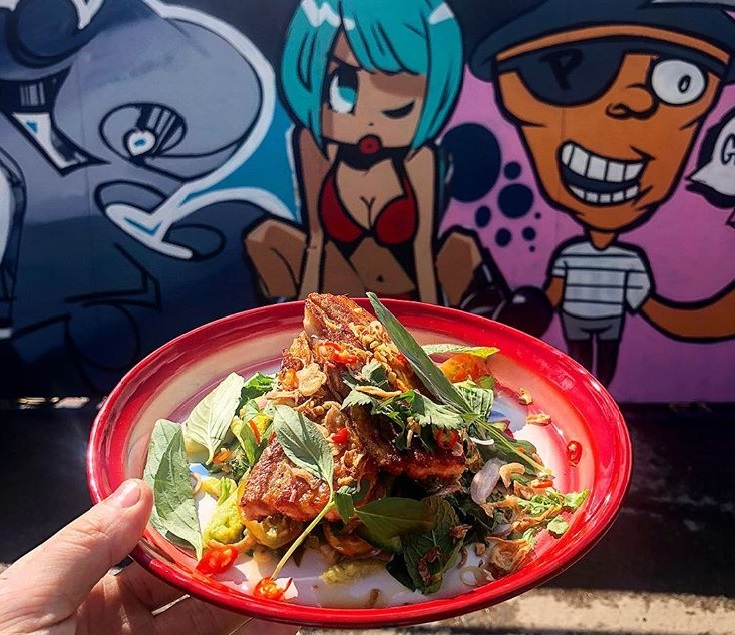 Feeling torn between a traditional Scottish brunch and the exotic vibes of a phat kaphrao? A new restaurant pop-up in the Southside is here to satisfy your international craving for two special days in June!Tantrum Doughnuts, which has already blessed Glasgow with its two shops on Gordon Street and Old Dumbarton Road, has teamed up with the Thai food pop-up Ka Pao for a joint venture on 7th and 8th June. The Thai feast will take place at Gnom, the latest brunch Mecca to hit Pollokshaws Road, where the £30 tickets for a trial lunch have gone sold-out in a few hours.

Can't wait to host our second pop-up dinner with legends Felicity and Iain from @gnomfood & @tantrumdoughnuts at Gnom on the 7th & 8th of June. Ticket link in our bio.

There are still tickets available on Eventbrite, though, to give a try to another Glasvegian culinary treat, straight after their success at SWG3 last week. If you’re not yet convinced, just know that the chefs Sandy Browning, Felicity Day and Iain Baillie have cut their teeth at the renowned Ox & Finch, while the former can also show off a professional stint in the Michellin-starred Bangkok restaurant Nahm. Expect some top-notch casual dining and West End doughnuts with a twist of panasian!