What a time to be alive, eh? And no you didn’t imagine it, this year did actually happen.

ANTI, Lemonade, Life of Pablo, Blonde, Colouring Book – 2016 was the year that music finally got its groove back. From surprise albums to sold-out stadium tours, music fans were spoilt for choice. But Beyoncé, Kanye co weren’t just here to invade our iPods, they wanted in on our political conversations too. All hail the rebirth of the political pop star.

BRANGELINA shocked the world and called it quits on their relationship, 10 years and six children later. Queue hundreds of memes of a smug Jennifer Aniston and “told ya so” eyerolls  from even smugger #TeamAniston fans.

CLINTON became the names on every ones lips as the first female presidential candidate for a major party in the United States. The world was shocked when they woke to the news tha tDonald Trump had succeeded in beating her to the post of president elect. While it was a difficult result for many to accept, Clinton continued to inspire hundreds around the globe thanks to her gracious speech telling women to “never doubt that you are valuable and powerful and deserving of every chance and opportunity in the world to pursue and achieve your own dreams”.

And of course,  a special shout out to Kate McKinnon who stole our heats playing a hilarious Hillary for SNL.

DAVID Bowie passed away. But we did get Dream Kardashian and countless Drake releases.  Right, so we know that isn’t exactly and fair swap BUT WE ARE TRYING TO BE POSITIVE OK?

HOLD up, they don’t love EU like I love EU…Youngsters all over Britain mourned the loss of the beloved European Union when the Brexit vote won by 52%  in June this year. Those under 24 overwhelmingly supported Remain while those over 65 pushed for Britain to exit the EU. Still, despite their success in the EU Ref,  it’s not been plain sailing for the Brexiteers – the High Court ruled that Brexit couldn’t go through without permission of parliament and Nicola Sturgeon is already campaigning for a second Indy Ref that could divide Britain for good.

FENTY X Puma sliders became the basic shoes of the year. Add it to the list of trends we’d like to see die in 2017 alongside chokers, matcha and swan floats.

GILMORE Girls returned for a four-part mini series, and we finally got to hear ‘the four final words’. Queue loads of frantic fans desperate to find out what happens next. C’mon Netflix, give us another series? Oh and while you’re at it can you please bring Gossip Girl back too?

HIDDLESWIFT  was really the starting point for all that was bizarre and wrong with 2016. As soon as we saw Swifty clamouring on rocks in a cardigan like a frail grandmother, puckering up to Tom Hiddleston seconds after splitting from Calvin, we should have known it was the beginning of the end. Things only deteriorated when the pair were ‘caught’ frolicking in the sea with Tom wearing a tatty I Heart TS tank top and a smudged love heart tattoo. Of course, every thing was memed and mocked quicker than you can say ‘end of acting career’. And the pair swiftly split.

INSTAGRAM remained our favourite social media app and became even bigger ever – creating it’s own version of  Snapchat Stories and even taking on the issue of mental health thanks to its life changing new feature.

BETWEEN junior doctors and Joe Biden (memes)  it’s tricky to pick just one J hero this year. But the award has to go to The Missing’s Julien Baptiste. Thanks to his detective savvy, his kick-ass attitude and that buzzcut and beard combo, millions of fans were hooked to the BBC murder mystery series every week. The last time we saw him, he was on the operation table about to undergo life-threatening surgery. He managed to count own to three before he conked out… a sign that Season 3 is on it’s way?

AS ever, the Kardashians ruled the headlines in 2016. Kanye promised to run for president in 2020, Khloe finally made her divorce official and Kylie’s Lip Kits ruled the web. But after Kim was the victim of an armed robbery in her hotel room in Paris, she’s retired from Instagram – will we see the return of the Insta queen in 2017?

MICHELLE Obama was our unofficial queen of 2016, reminding us that “when they go low, we go high”. Meanwhile, Melania Trump loved Mrs Obama so much she ripped off an entire speech from her… Awkward.

NETFLIX stole the show again with many an original series that had us stuck to the sofa for days.  From our Stranger Things obsession to the incredible OA, 2016 was officially the year of the Netflix binge.

THE Olympics and Paralympics made overnight superstars out of  Kadeena Cox, Callum Skinner and Max Whitlock, and provided us some light relief from all the craziness of 2016.

POKEMON GO made idiots out of everyone but at least we were getting some exercise, right?

OUR obsession with The Crown meant we fell in love with the Queen all over again. Happy 90th Birthday ma’am!

MAKING a last minute entry, Ryan Reynolds has our vote for clearing up one of the great lingering mysteries of 2016. For months we assumed that he hated T Swift and Tom’s relationship as much as we did, but really, he was suffering from none other than Resting Bitch Face.

“A problem that I’ve had all my life [is that] if I’m not aware a photo is being taken, my natural resting face is one of a man dying,” Ryan explained. “I had no idea somebody was taking a photo — therefore I was resting comfortably in my persona of a man whose soul is visibly exiting this Earth.”

Don’t worry Ryan we still love your handsome face (but we may love your wife’s more). 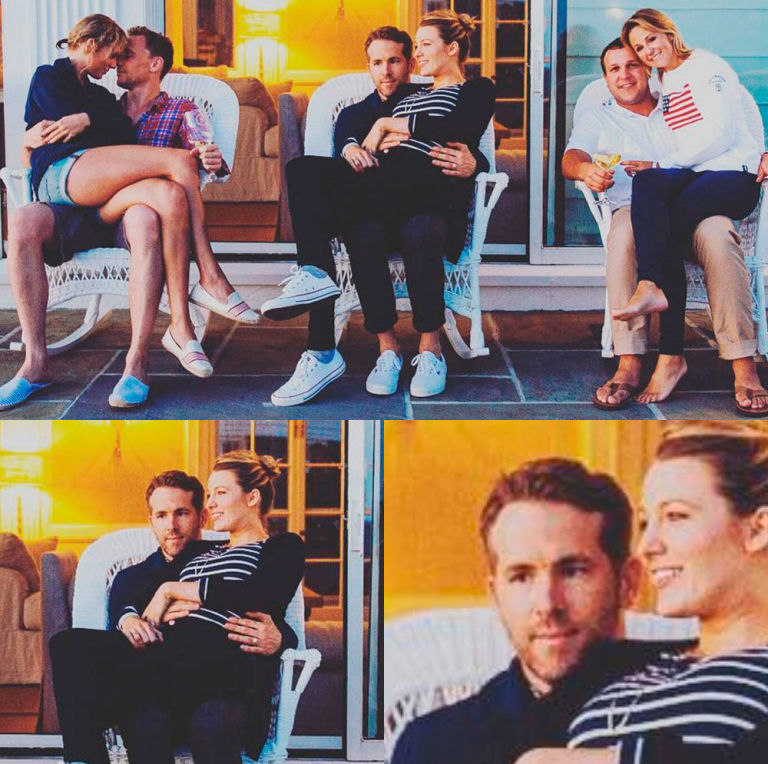 THROWING shade was the name of the game in 2016. So all hail Mariah Carey, queen of the sassy comeback. Check out our favourite Instagram page Art of Shade for more iconic moments.

OF course T is for Trump. But we don’t want to talk about him any more, sorry.

U S Of CRAY. Amiright?

THIS was the year that Victoria’s Secret models ruled the world (and social media). From Kendall Jenner on the cover of Vogue to the Hadid sisters on the Parisian catwalk at the 2016 Victoria’s Secret Fashion Show  – special shoutout to Bella for showing the Weeknd what he is missing.

Work by Rihanna, Work from Home from Fifth  Harmony… 2016 was all about working hard (and great pop songs). #GirlBoss moments or what?

X could only be to The X Factor. This year is was even more bonkers than usual thanks to the return of Louis, that weird doll lady and of course Honey G!

IT’S been a tough year for old Yeezy. Between his disastrous season 4 debuted at New York Fashion Week and his recent stint in hospital, we are really hoping Kanye has a calmer – and healthier – 2017.

IT was a year of ups and downs for ex-1D boy Zayn. He bagged Gigi Hadid as a gf and proved himself  to be a cracking solo artist, winning Breakthrough Artist of The Year at the American Music Awards. But Zayn also spoke out about his battle with mental health and how his anxiety had caused him to cancel shows. He even wrote a book about it and inspired millions of youngsters to talk more openly about their own mental health. High five, Zayn!

What was your favourite moment of  2016? Let know on Twitter!