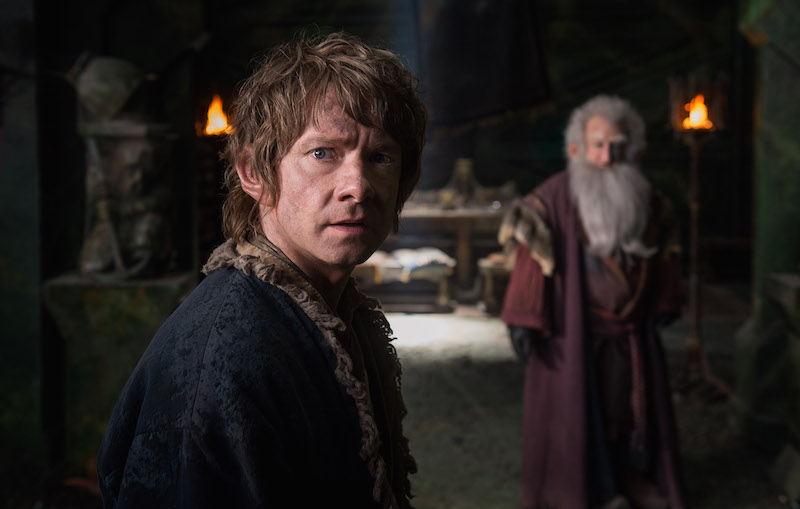 Some Source readers won’t even have been born when Peter Jackson’s journey through Middle Earth began filming in New Zealand 15 years ago, but now, as it comes to an end with The Hobbit: The Battle of the Five Armies, the world of immortal elves, disgruntled dwarves, and evil orcs is more popular than ever.

Following on from The Lord of the Rings trilogy’s massive financial and Oscar-winning success meant there were always going to be big boots to fill – even for a hobbit’s hairy, oversized feet – so it’s no surprise that we are once again treated to an epic, special effects laden trip through J.R.R Tolkien’s fantastical imagination.

The story picks up right where we left it after last year’s The Desolation of Smaug, with the enraged dragon emerging from the Lonely Mountain hell-bent on attacking Laketown. Straight from the off the action is intense and unrelenting; this is no meandering journey through the Shire filled with traveller’s tales and campfire stories! No, as the title suggests we are smack bang in the middle of a war and the film does not let you forget that (there’s no recap or exposition scene to let the viewer settle back in, so a rewatch of the previous films is helpful to remember where every thread of the plot is placed).

Our favourite hobbit (of these films anyway) Bilbo is holed up with his dwarf companions in the mountain as they prepare for the eponymous battle. Unfortunately due to the scale of the film and the set-up required to place each army in position to fight, there is barely any of the humorous dwarven banter that livened up the previous films – indeed some of the dwarves have no lines whatsoever. This badly affects the emotional resonance of Thorin’s search for the Arkenstone as we simply don’t care about the character in the same way we did with Frodo and the ring. Luckily Martin Freeman is once again brilliant as the endearing Bilbo and frankly doesn’t get as much screentime as he deserves. Indeed, on the green carpet prior to the world premiere (screened live at cinemas across the country), Sir Ian McKellan was effusive in his praise for the actor. When Gandalf is telling the world how much he learned from you, you know you must be doing something right!

With the dwarves out of the picture the comic relief falls to Alfrid, servant of Stephen Fry’s character the Master of Laketown, who is determined to survive the battle at any cost. His antics provides a few laughs throughout, particularly for younger viewers, keeping the film lighthearted and making sure it doesn’t take itself too seriously.

While I’m not usually a big fan of 3D, the effects are superbly well done and help bring Sherlock star Benedict Cumberbatch’s portrayal of Smaug to life in all its intimidating and fiery glory. The main battle itself is on a scale that puts Jackson’s previous efforts to shame while still taking the time to concentrate on the personal pursuits of the main characters and the CGI mostly holds up well throughout.

However, as was the problem in Lord of the Rings, Legolas’s gravity-defying stunts can appear too obviously computer generated and this jarring effect removes the audience from the experience with many a sidewards glance and raised eyebrow.

Splitting a small children’s book into three long films was a risk even for someone with Peter Jackson’s pedigree, but ultimately, other than a few dragged out scenes and some characters who are seen all too briefly (I hope there’s more of Billy Connolly’s Dain in the extended version), it will ultimately be judged a success.

It’s yet another thrilling conclusion to a Middle Earth trilogy and is the best of the three Hobbit films. If for some reason you had seen the first two but were contemplating skipping the finale then don’t! And if you haven’t seen the first two? Well, the extended editions are waiting for you on DVD, but be quick, because believe me you want to see this larger-than-life ending on the big screen.

The Hobbit: The Battle of the Five Armies is released in cinemas nationwide on the 12th December in 2D and 3D.