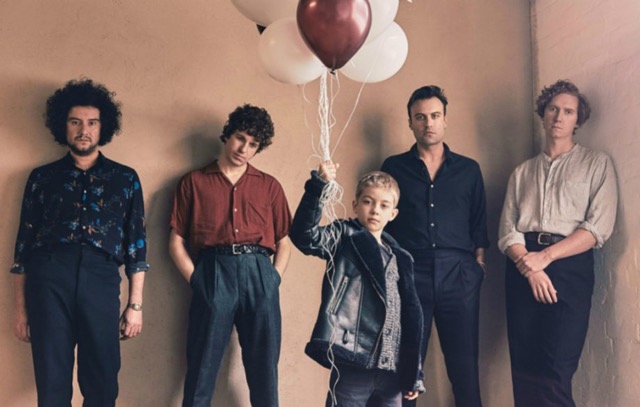 We caught up with frontman Luke Pritchard to talk about their upcoming intimate shows, what he does when he’s not on tour and what to expect from the album.

It’s getting closer to the release date for Let’s Go Sunshine, how are you feeling?

I feel good about it. I’m very excited to get the whole album out, it’s been a long game of teasing people and dropping tracks here and there. We’ve had a really good response to the singles, it seems great so far so I can’t wait for people to hear it all.

Will the rest of the album follow the same sort of sound as the singles?

To a degree. We’ve tried to make an eclectic record; great records are genre-less. One thing we can guarantee is you’re going to have guitars. We have a lot of different vibes, you have low key jazz, or a big rock and roll tune like Chicken Bone and Kid is like a kind of very angsty Nirvana inspired tune.

It’s hard to say that it will follow the same sound but the grain of it will be that it’s a brit pop record. We like to be broad but it’s all very positive, uplifting music.

After fans get a taste of the album you’re playing an intimate shows tour, what made you choose places like Oban?

Good! We feel great about it, we’re excited to play some small venues. We’re going to play new songs we haven’t played before, it’s exciting for us. It’s nice to play Naïve and She Moves in Her Own Way, but it’s nice to play new stuff too and with small shows it’s like playing with your mates because they love your band, people really want to be there.

We wanted to play some places off the beaten track, when you tour you go to the same city so it’s cool to reach out to people’s towns that don’t get so much music. It’s good for us as well to see places we’ve never been, it’s nice to go to some fresh places.

Absolutely in love with this artwork by Simone Watts, inspired by All The Time!

We’d love to see some more art inspired by our new tracks. Make sure you use the #LetsGoSunshine hashtag so we see ’em! 🎈 pic.twitter.com/JsJaKN4qsm

How do you think they’ll compare to the festival spots you’re playing over summer?

It’s a completely different performance, when we do festivals I’m trying to reach the guy at the back whose girlfriend has made him come, who doesn’t like the band and you’re playing to people that might know one song, so it’s trying to reach out more. We get to be a bit more introspective on the smaller shows, you get to take your time a bit more.

It’s going to be so fun, I’m sure it’ll be very hot and sweaty. At smaller shows it’s being up close and personal which is potentially dangerous, but good fun. I’m looking forward to all of the small shows, we’re playing a really small show in London where we live which we haven’t done in years so that’s going to be pretty special. All the different tour dates will be great, I’m looking forward to all of it.

What will you be getting up to when you have free time on the tour?

Apart from watching rom coms in the back of the bus, we try and get out and see the town as much as we can. One of the beauties of the band is that people know our music more than they know our faces so we can normally wander about. 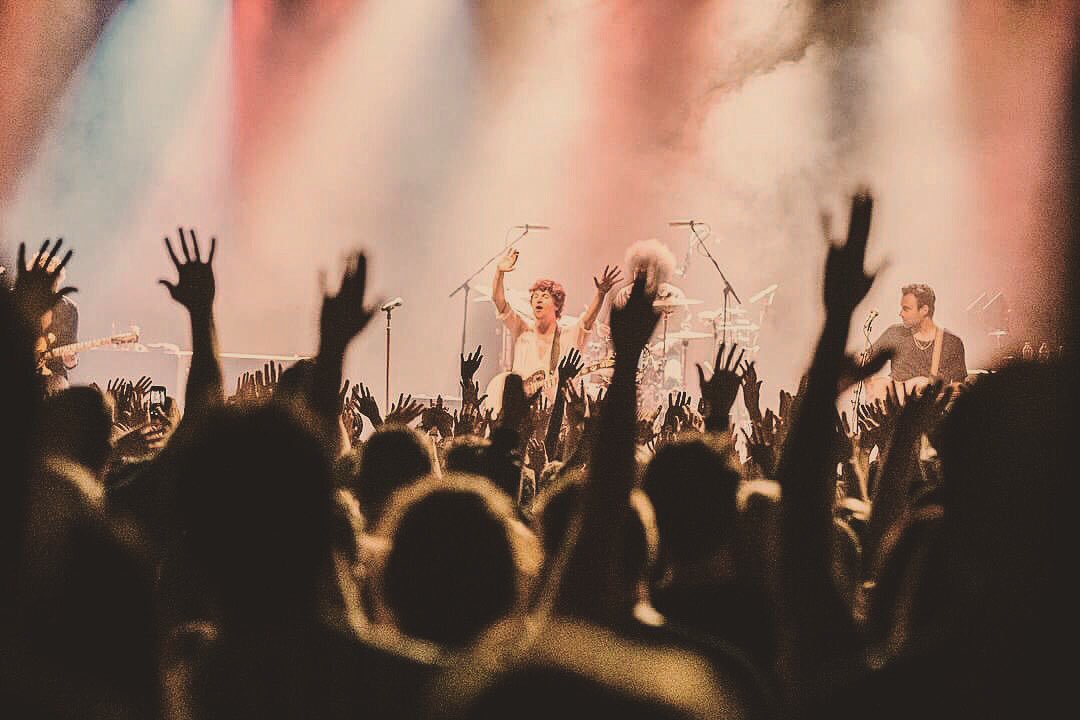 Is there a bigger tour announcement to look forward to after the album is released?

We do have some ideas. We haven’t set anything in stone yet, but we have something really exciting that we might be doing but I can’t say anything in case we don’t. We’re doing something a bit different and a full out tour next May/June time.

We’re doing a lot of festivals this summer and then doing smaller shows all over Europe America, Australia, Asia. Basically, we’ll be on the road a lot from now until the intimate shows and then it’ll be great to be on a proper UK tour.

What’s the most difficult part of being on tour that much?

It’s tough on relationships with your friends, but it’s what we do! Essentially, we know what we’re in for and we do spend a lot of time together, we’re kind of like brothers really.

You’ve got to have a certain mentality to do it, its intense with a lot of travel which is a pain. You’re always travelling, sometimes we’ll travel 20 hours to do an hour-long set, we do it anyway though and we get to play music as a job which is pretty cool.

What’s the first thing you do when you get home from a tour?

Get a curry. Just order everything, an absolute feast, but firstly I come and see my girlfriend and my cat and have a cuddle. Then I have the curry and watch some TV, watch some EastEnders, have a catch up.

Just really basic stuff, just be really normal, it’s good to do the most normal things. I can’t remember the last time I had a month off, but we’re in the prime of life, we’ve got to work. It’s an exciting time so it’s all good.

Where do you want to tour that you never have before?

I think I’d like to do India and Africa, places like that that are kind of new to the festival thing. Not new, but new to bands like us going there, that would be really exciting.

We really want to play Palestine and we’re thinking about doing Ramallah which will be really something interesting to do. There are some places like that that we’ve yet to go, maybe Hawaii and we can do a bit of holidaying too.

Click here to see all of The Kooks’ upcoming tour dates.

Are you following us on Instagram and Twitter yet? Make sure you do to keep up-to-date with Source.