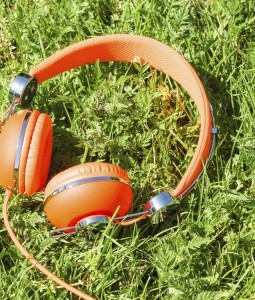 Newsflash – summer is FINALLY HERE! And what better way to kick start the long summer holidays than with a fresh new playlist for your iPod?

If you can’t be bothered making your own, don’t worry – we’ve got the soundtrack to your summer sorted right here. Whether you’re spending your summer working here in Scotland, you’re heading off on an international adventure or you’ve got a wild holiday planned with your mates, we’ve got the songs for you. Check out our pick of the best tracks for the sunshine months…

Example – One More Day (Stay With Me)

There’s a reason why we put Example on the cover of our summer issue – he makes a total banger of a dance track. This 90s-inspired anthem will be huge on the club scene this summer.

Pharrell produced it. What more do you want?

Somebody somewhere decided that this would be the summer of the sax – and this Ariana Grande smash makes us glad that they did.

They’re hot on the heels of 1D for the title of Most Likely to Invoke Teen Girl Hysteria, and Aussie quartet 5SOS’s Don’t Stop proves why. With a catchy chorus, big guitars and a fun video, this is summer pop at its best.

If you thought Foster the People couldn’t better the success of Pumped Up Kicks, think again. Try not to screech along to the chorus.

It’s Bombay Bicycle Club at their experimental-indie best. Feel sounds like it’s strolled in from the soundtrack of Aladdin and it’s magnificent. Catch them on the festival circuit this summer if you can – phenomenal live.

They’re the hottest Scots on the music scene – and Heart and Soul proves that the three-year wait for album two has been worth it. Anthemic shout-along rock perfect for blasting in your headphones in the sun.

His face doesn’t match his voice AT ALL, but who cares when you’re dishing up summer sizzlers like this?

The Vamps – Somebody to You

Say what you like about boy bands, this is infectious. And look! They’ve teamed up with US starlet Demi Lovato! Great work, Vamps. All I wanna be, yeah, all I ever wanna be yeah, yeah…

While her early exit from the X Factor in 2012 was a shock, it’s paid off – the sultry-voiced songstress has had time to work on her sound and suss out her direction without the talent show pressure. The result? Brilliance.

It sounds like a big Rihanna summer stormer, but BETTER. Round of applause for Sia, guys.

Because summer wouldn’t be summer without a Calvin Harris track. Called Summer.

Don’t want to download them all? We’ve popped them all in a Spotify playlist for you. Now stick on your dancing shoes and get ready for a summer to remember…