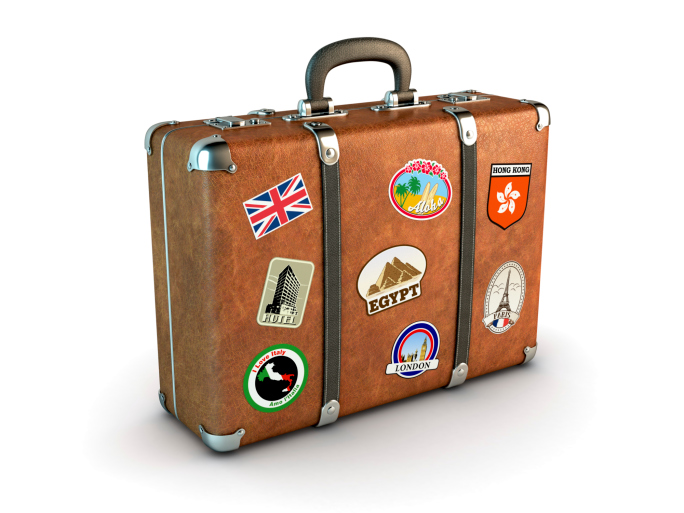 Travelling can be so much fun – but amidst making time for some epic selfies, mad nights out and finding new friends, you’ll have to consider differences of culture and unusual laws as you explore foreign lands.

No one knows that better right now than 23-year-old Eleanor Hawkins, who was arrested along with nine others for posing naked for photos on top of a sacred mountain in Malaysia. Because of her daft prank, Eleanor and her pals could be imprisoned, with the senior minister of Malaysia blaming the group for an earthquake that killed 18 climbers last week.

A priest in the Asian country was reported saying: “The tourists who angered the guardian of the mountain should pay for their mistakes in the form of ten male or female buffalo.”

Slightly more complicated than calling home to ask your mum and dad for a few hundred quid to get you out of jail – and there’s a lesson to be learned here.

To help you stay out of trouble as your jet off this summer, we’ve found some of the most bizarre laws in various parts of the world to look out for if you happen to find yourself in the country.

In Belgium, watch out for Brussels sprouts

In this northern-European nation, it is perfectly legal to throw Brussels sprouts at tourists — so don’t offend the locals unless you’re prepared to accept a few of the mini-cabbages being launched your way.

The Singaporeans have extremely tight laws on cleanliness. You could be landed with a hefty fine in the island nation if you are caught getting stuck into some Wrigley’s. Unless you’re prescribed gum by your doctor, be mindful of having a chew in public.

Keep your car clean in Belarus

If you rent a car in Belarus to explore the sights of Minsk, be sure to keep the car clean as driving a dirty one is against the law. Rules like this in the UK would put some drivers to shame!

In Barbados, it is illegal to wear camouflaged clothing – even children can find themselves in trouble if they’re in military-style attire.

No codeine in Japan

A popular painkiller in the UK, codeine is banned in the land of the rising sun. Even brands such as Sudafed and Vicks – to aid nasal congestion – are prohibited, along with asthma inhalers. These contain a substance called pseudoephedrine, which the Japanese government do not want in the country.

Get clued up before you travel at www.gov.uk/knowbeforeyougo

This project/work has been undertaken with the support of SCVO’s Business Growth Graduate Internship programme, funded through the European Regional Development Fund (ERDF), Scottish Government and Creative Scotland.