As Twitter and Snapchat erupt with another case of Kanye versus T-Swift, it’s clear the world loves a celebrity cat fight.

Kanye is cruising for a suing after his Famous video, which features claims that he made “that b**** famous” in reference to Swifty, and the Kardashian-Wests are Snapchat-baiting Camp Swift to  get a reaction.

That moment when Kanye West secretly records your phone call, then Kim posts it on the Internet. pic.twitter.com/4GJqdyykQu

Meanwhile, Calvin Harris has been Tweeting all his emotions into the internet for reasons that escape us. This is why you hire publicists Calvin! Give them the phone!

On my way to London 🌊

Calvin versus Zayn (over Taylor…)

Ever wondered if Taylor Swift is the epicentre of all internet Twitter beef? The cause of all bad things?

Calvin didn’t hold back with Zayn Malik, after a tweet from the 1D star that referenced Taylor’s wish to pull all of her music from Spotify.

Azealia Banks versus the world.

Oh Azealia. You might not have heard any of her music, but you know who she is. Mainly for all the abuse she casually flings out on Twitter.

She also spent a long, long time telling everyone how wonderful she was. Then she picked a fight with a 14-year-old Disney star, and got OWNED. 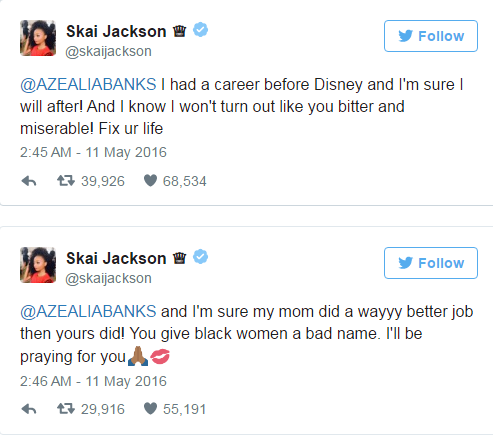 After Sinead wrote an albeit well-meaning, yet condescending, open letter to the twerktastic nudist “Wrecking Ball” singer advising her of the dangers of the music industry, Miley fired back with a “sorry too busy being famous” remark. Things got a lot uglier later, and Sinead wrote several other letters…. 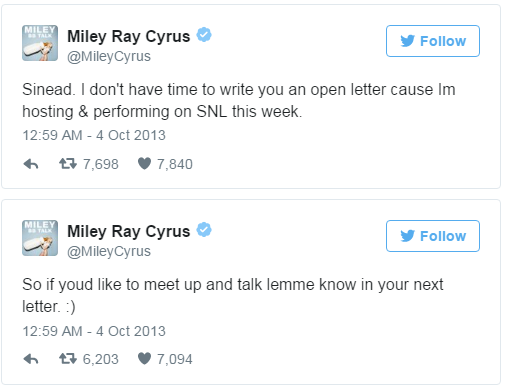 With the passing of musical legend Prince, Rita Ora sent an emotive, lengthy tweet about how much she adored her time with the artist.

While expressing her grief and sending her love to Prince’s family, Rita claimed to have had dance-offs and creative collaborations with the revered performer.

Thinking this all sounded a little far-fetched, Lily Allen weighed in with a cutting tweet which might just have been what everyone else was thinking. 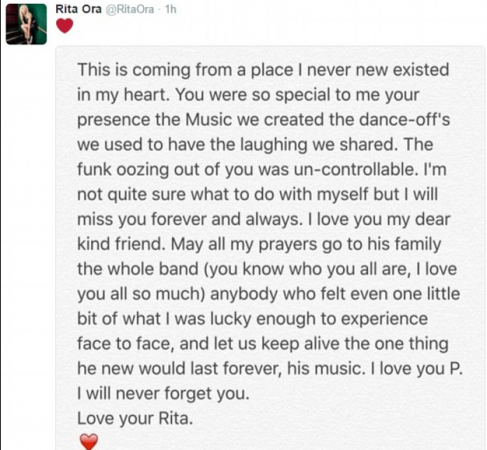 How did Char-Char respond? A straight up dinghy and grammar/spelling shame.

@KTHopkins I have no interest in ever conversing with you. You lack humility AND you can't spell. Parasite.