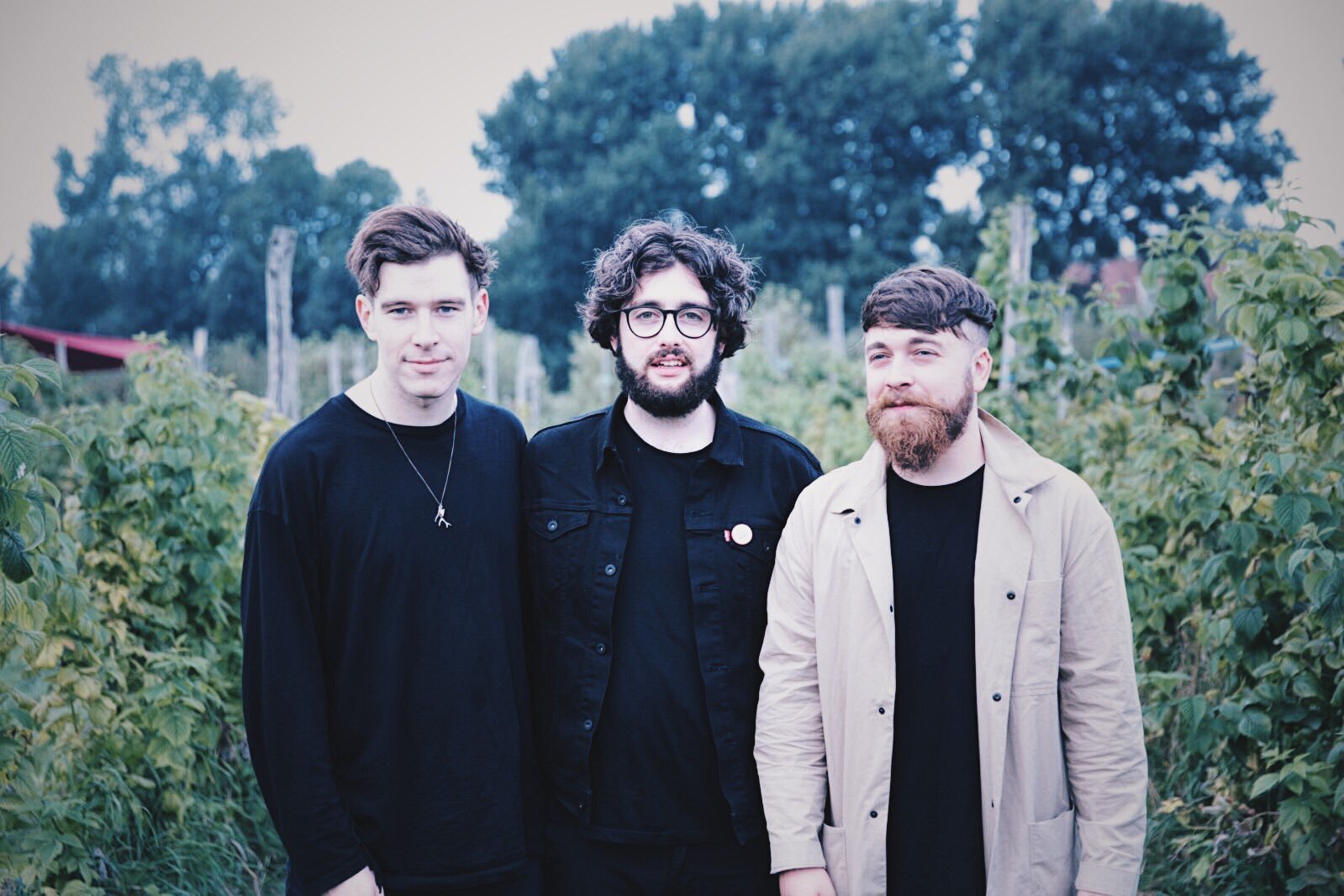 Fatherson have been quiet lately, leaving fans wondering what’s next. After months of teasing new music on their social media, the Kilmarnock natives are back on the scene and are playing TRNSMT for the first time.

We caught up with Ross, Greg and Marc to talk playing the King Tuts stage at TRNSMT, their next album and who they’re excited to see at Glasgow’s very own festival.

Are you excited to be playing TRNSMT 2018?

Ross: We’re all really looking forward to it, expectations are up a little bit.

Greg: We’ve had a few months off so we’re just really looking forward to getting back to it, to come back and get to do something as big and as good as TRNSMT is a real treat.

Ross: Also, the big turning point in our career, in terms of festivals in Scotland, was playing the King Tuts stage at T in the Park, so it’s nice that our first toe dipped into TRNSMT will be affiliated to King Tuts. They’ve always been so supportive and it’s so rewarding for us.

Marc: It’s always been our backdrop for these kinds of festivals, playing Glasgow green, the second year that TRNSMT is on. Who knows, we might play the main stage at some point, but I think that we all feel pretty lucky that we’re playing it this year.

Greg: We were quite selective about what we wanted to do this summer what with having a lot of time off and working on new stuff. We wanted to be doing the right things before we end up busy with other stuff, more shows and that kind of thing.

Ross: 2000 Trees is also a really cool festival we’re doing. That was the sort of plan this year, we weren’t intending to really do any festivals because we’ve been working on the new record and doing other stuff so this summer wasn’t on our radar much.

Marc: We were kind of ahead of schedule with everything.

Ross: Yeah, then the offer came up and we thought we’ll get some new music out there.

Greg: And I can get the subway home, it’ll be brilliant!

Marc: We played T in the Park four times and it’s kind of like its new home is TRNSMT. It’s nice to get involved, we’re getting to a point where we’re shaking things up a bit and heading towards something new so it feels nice to be part of a new festival. It had such a successful first year and now we get to be a part of that, the day we’re playing is sold out which is a crazy thing as well, I’m really looking forward to it.

Greg: There’s loads of other really good bands too. I think we were looking at some of the line up before we knew we were playing it and we were like we’d definitely go to that anyway, so getting to play is just a bonus! That’s one of the benefits of being in a band is that you do get to go see all the other good stuff at festivals too.

Can you give us some hints about the new album?

Marc: We roughly know when the new record is going to be released but it’s not set in concrete yet, it’ll be this year. Once we know then we know, then we’ll tell everyone and get as much music out as we can and tell as many people as we can. Right now, we’re in the interim. There’s definitely a change, a slightly different direction but not a different genre than what people know of this band, even our friends are saying that.

We’re super proud of it, we’ve just finished recording it earlier in the year and it’s just gotten mastered a couple of days ago, I’ve listened to it about ten times and I’m immensely proud of it.

Sorry for the silence, we’re in the middle of something… pic.twitter.com/4iJTvbnEnQ

Should fans expect to hear some new songs at TRNSMT?

Marc: TRNSMT is one of the big ones we’re playing this year so we’ll maybe play a couple of songs from that and get a feel for it. You don’t want to go to a festival and play all new songs, if it was up to us we’d play the full new album start to finish, but we’re definitely not going to do that. The first album and the second album with a few new ones mixed in.

Greg: Yeah, the band guy in me really wants to just play new stuff but the festival punter in me goes let’s just play all the ones people know. We’ll be playing new songs, one or two.

Ross: Two max, I’d say two is the max in a festival set because there’s so many other amazing bands and amazing things to do that you don’t want to ever get to the point at a festival where you’re like ‘oh I’m really enjoying this but I don’t know these new songs they’ve just played so I’m gonna go get some food’ and you end up on the big wheel. I’ve never ended up on the big wheel on purpose.

Greg: Just in the queue then suddenly on the big wheel like how did this happen haha.

How does it feel to be playing the King Tuts stage?

Greg: As long as we’re not on at the same time as Arctic Monkeys we should be fine. The bookers have done a really good job, I think it’s really curated well. There’s always stuff on but you aren’t going to miss anything, you can go see everything you want whereas other festivals we’ve been to, you’re running around everywhere and there’s huge acts everywhere you wanna be, so I think it’s good.

Marc: I think it’s a good thing for bands and punters, it’s been the most considerate festival definitely.

Greg: People really loved the King Tuts stage last year as well. There was quite a lot of people who were just cutting about there for the entire weekend, so hopefully folk are cutting about this year, fingers crossed. 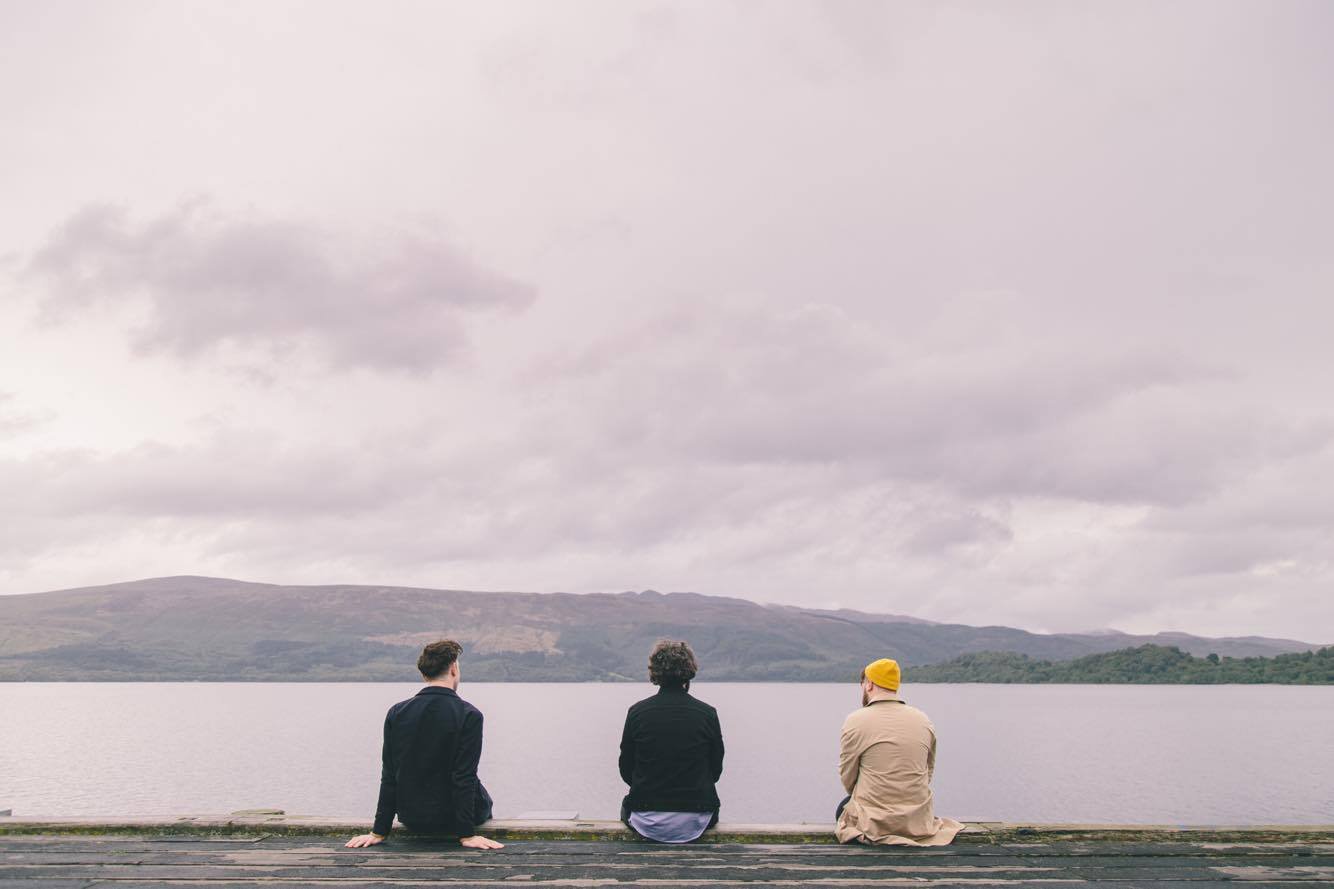 Who else are you looking forward to seeing?

Ross: We’re going to be there for that full weekend pretty much.

Greg: There’s a lot of people we want to see, a lot of the headliners, like Stereophonics, all that stuff will be amazing. The Killers I’m a huge fan of. I really rate that new Arctic Monkeys record so I’m really looking forward to seeing how it translates on to a main stage, it’ll be weird but really interesting. Loads of bands on the stage with us like Sigrid, she’s on just after us and she’s putting out some really interesting music, there’s loads of people so we’ll see how we go.

Ross: It’s quite nice to go to a festival and there’s people who you wanna see and it’s only twenty minutes from your house.

Are you excited about Platform providing the food?

Greg: I’ve been in a couple of times since it opened back up and its really weird being back in The Arches anyway because it’s been so long, but for scran as well it’s grand.

Ross: The whole street food scene that’s happening in Glasgow, it’s taking the festival thing up a notch, it won’t be a 40-minute queue for a burger that’s just like a piece of old cheese on top, it’s quality you normally don’t get at a festival.

Will you be doing any pre-show rituals?

Greg: We always have some shows where we listen to really weird music before, for a while it was McFly, Bjork, we listen to a lot before we go on. I think looking back it can really transform how you approach the show, with weird Icelandic dancing or not haha. No but I think because we’ve got some time before the shows start again we’re going to kind of re-approach how we prepare to play live, it might be different again, music and yoga, we’ll get back to you on that one. 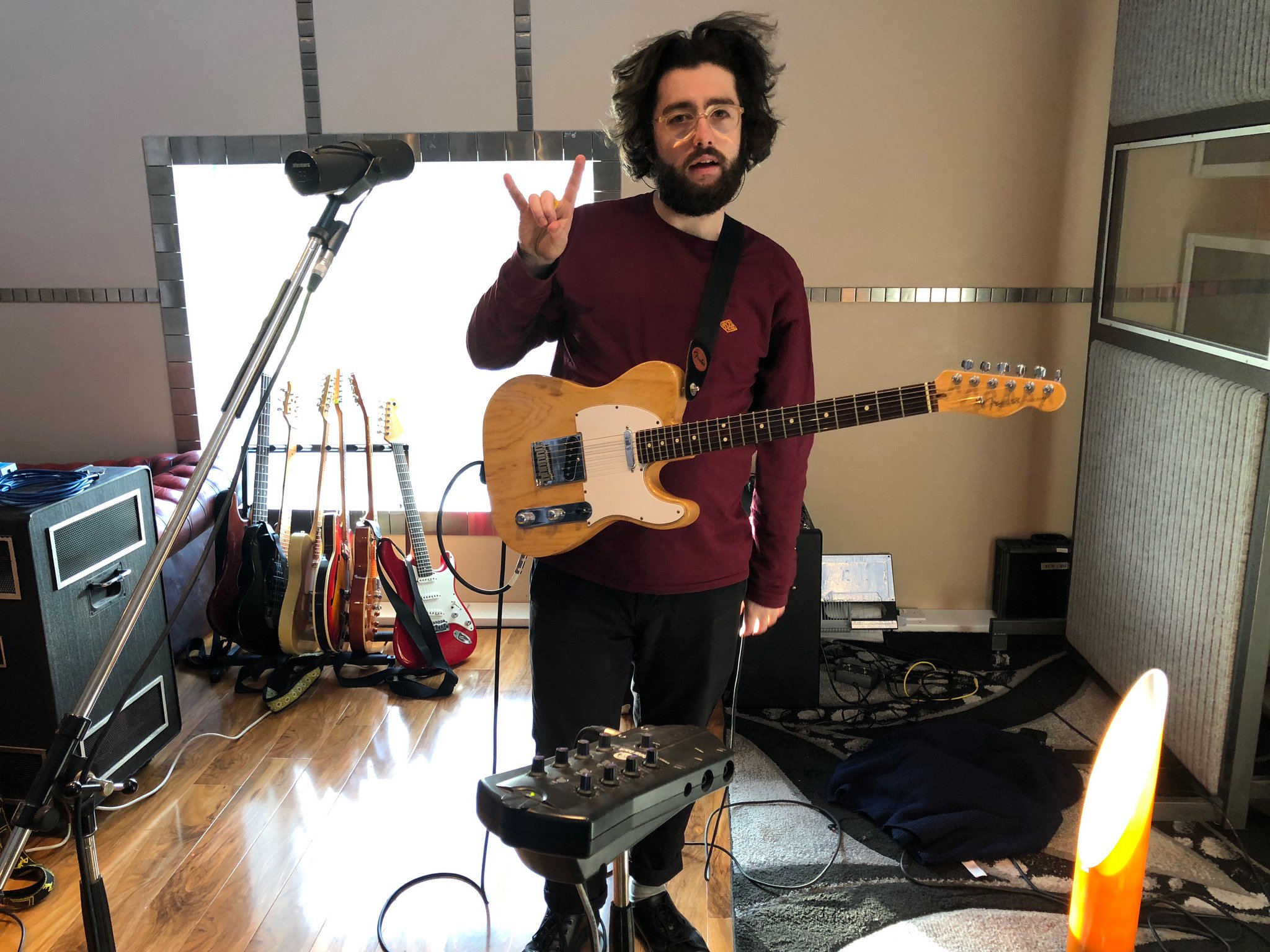 What’s next for Fatherson after TRNSMT?

Marc: We have loads and loads planned but none of it is public knowledge yet, maybe we’re going to release a single, then play some festivals, then release the album, then play some gigs.

Greg: It would make sense to tour once you release a new album wouldn’t it.

Ross: Maybe a couple of time, this year maybe next year.

Marc: We’ll probably do a big Glasgow show after TRNSMT as well at some point.

Greg: Hypothetically that’s what we would do, a bit of blue sky thinking.

Fatherson will be hitting the King Tuts stage, before they head towards the big wheel, on Sunday 1 July. Grab your tickets here before they’re gone!