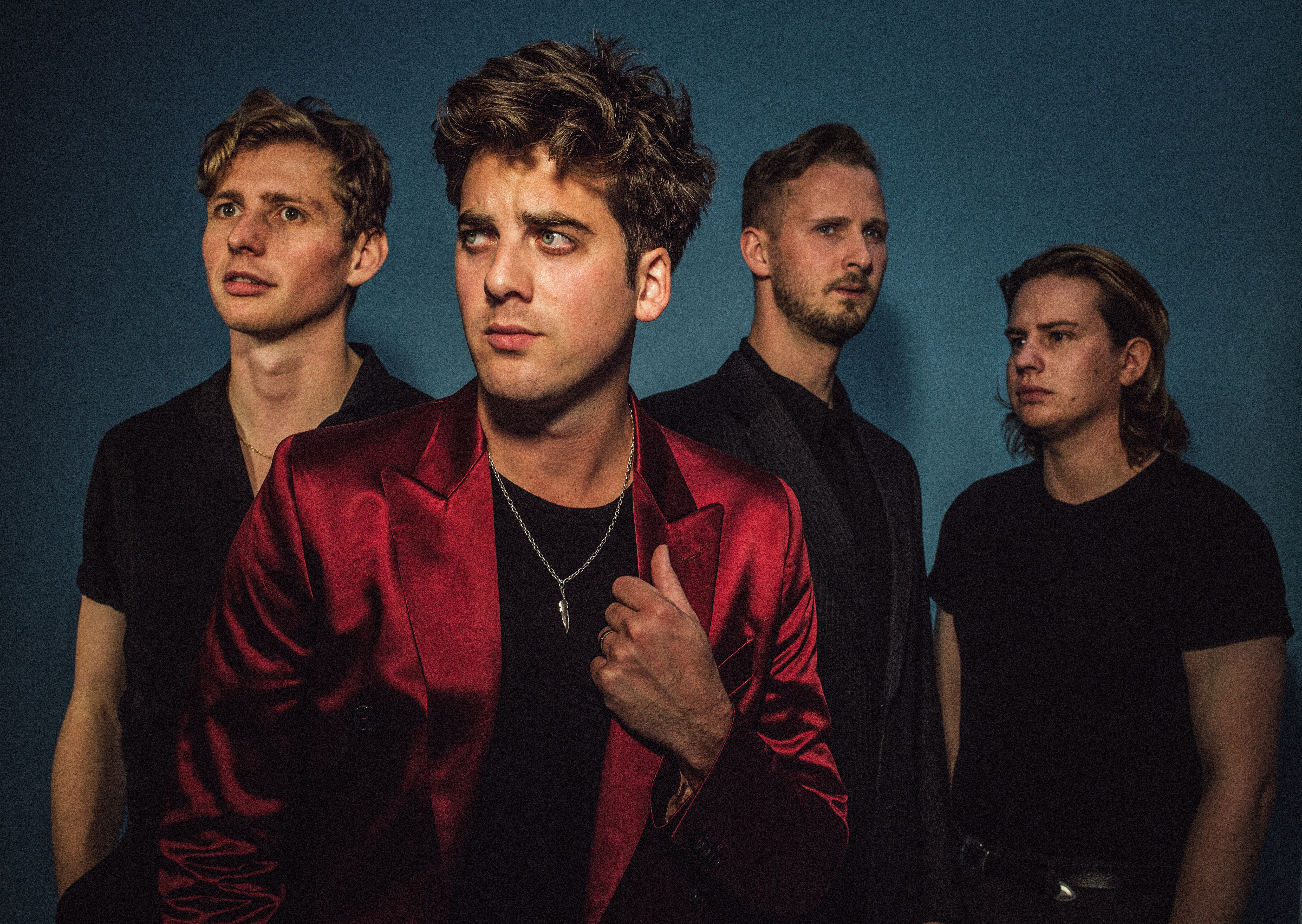 Ahead of their headline slot at the King Tut’s Stage on the final day of TRNSMT 2019, Source caught up with Circa Waves, to chat all about their festival highlights, the latest album, What’s It Like Over There? and, of course, naked breakdancing.

How are you feeling about your set today?

Sam: I’m nervous and excited, but also a bit tired. We were in Cardiff yesterday and we got here about 8 o’clock which is quite early for me. I’m more of a 10 in the morning kind of guy. That’s my optimum get-up time.

How are you feeling about headlining the King Tut’s Stage?

Kieran: I can’t wait. With festival season you’re always trying to gain new goals, so to headline a festival like this, which we loved playing last time, it’s dead cool. I’m excited, but I’m withholding my excitement to a degree. We’ve got eight hours to go and if I get too excited now I’ll just pass out in two hours.

Is there anyone you’re looking forward to seeing before you play?

Sam: The Wombats. We did a tour with them in February so it’ll be nice to go and see those guys.

Kieran: We just saw The Amazons.

Kieran: We’d have liked to have seen Lewis Capaldi but unfortunately we’re clashing with him, which is never a good idea, especially in Glasgow – what kind of idiot idea was that? There’ll be no one there for us, but I would have liked to see Lewis. Tom Grennan is on now. There are just loads of really cool bands; it’s a great festival.

DAY THREE ROUND UP! What a line up we had to close our #TRNSMT2019 @kingtuts Stage Powered by @UtilitaEnergy ❤️ (1/2) pic.twitter.com/bmJFKetdqW

What can the crowd expect from your set?

Sam: There are going to be a lot of acoustic numbers I think.

What is it like when you’re in front of a big crowd like this and they start singing the songs back to you?

Sam: I bet that’s great for you, Kieran because you get to take a bit of time off.

Kieran: Yeah, I love it. One of the first times that happened at any gig it was just like: “Yeah, this is why I’m doing this.” It’s just that connection with people, where they’re singing the words you made up one day in your room.

It’s amazing and the more people that are singing it back, the more incredible that feeling is, so festivals in particular are just like a big warm hug. It’s great.

What's It Like Over There?' is now 3 months old, they grow up so fast! But what's everyone's favourite track?

What’s It Like Over There? came out in May. What has it been like seeing the response to the album?

Sam: It’s been amazing. We did a tour in April which was one of the best tours we’ve ever done in terms of the response to the new songs.

The latest album sounds quite different to the first album, so was that a conscious decision or more of a natural progression?

Sam: All of our favourite bands are the ones that have evolved and changed. I wouldn’t want to be churning out album-after-album of the same stuff, it gets boring, doesn’t it? I don’t think it was a conscious decision, it feels like more of a natural thing to do, to not repeat yourself.

If you’ve never listened to @CircaWaves before, they want you to listen to Fire That Burns 🔊 We can’t imagine why… 🔥🔥🔥 pic.twitter.com/S3IZmUvm2y

If you had to pick one song for someone who’d never heard Circa Waves before, which song would you tell them to listen to?

Kieran: Fire That Burns, for me. It’s got a lot of elements of the first record and the heavy feel of the second and the pop vibe of the third. It’s quite a good across the board example of what we do.