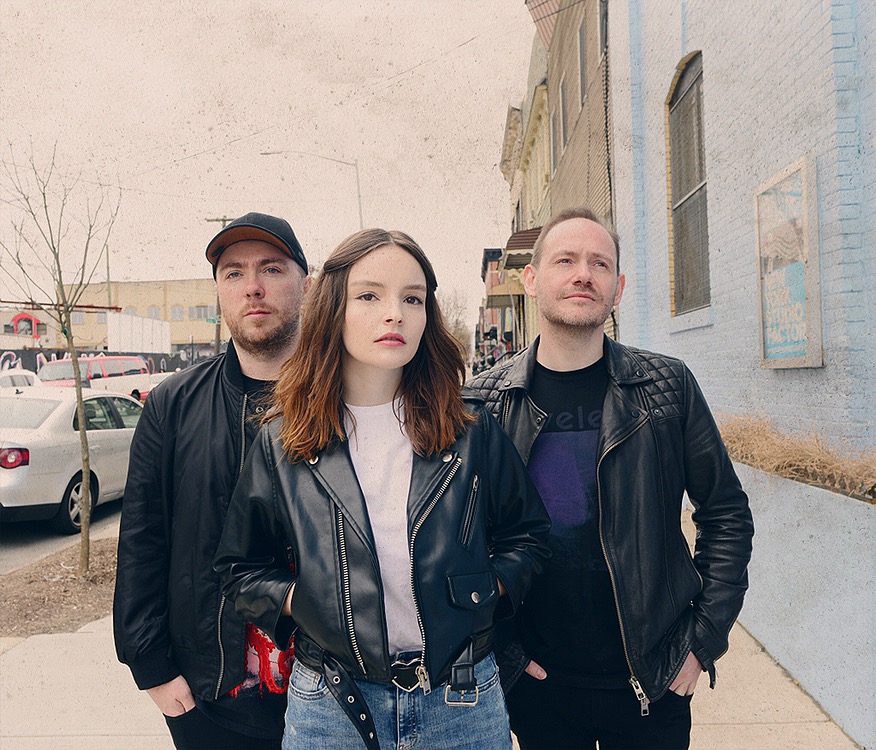 As Lauren Mayberry prepares to jet back from the States, we caught up with the singer to chat new music, performing live, and getting a decent curry ahead of TRNSMT.

CHVRCHES have had a whirlwind ride since the release of their debut album The Bones of What You Believe. Now, set to release their third album Love is Dead (25 May 2018) and performing second from headlining at TRNSMT, the Glasgow trio are still souring the wave.

Forever would be my go-to song on the new album, it feels like an empowering break up song. Are you conscious to get your own experiences into a track?

When we’re writing, we do music first and then we do a vocal sketch and I have a notebook where I keep words or phrases as I think of them. We look through the notebook to see what jumps out. The first lyric is the word forever on that repetitive hook and I was like “hmmm”, what can I write about?

I think what I like most about our band is that there aren’t any rules about what you can and can’t write about. A lot of people when they’re analysing pop music, which is a weird thing to do, assume it has to mean something else in a lot of ways or it’s meaningless in terms of the content. That’s not something we’ve ever really subscribed to. For me it’s really freeing because technically I can write about any number of things and we’ll still find a way to make it sound like CHVRCHES.

You’re playing just before The Killers’ headline slot at TRNSMT, how did you feel finding out you were on the bill?

Very bizarre! Like, what’s happening? We’re on the poster? I think it’s really exciting, we don’t get to go home a lot full stop let alone play shows. To be a part of it I think will be a special moment. It will be the first time any of us have come back since the records come out so it will be celebratory in many ways.

What’s the first thing you’re going to do when you’re back in Glasgow?

I’m gonna get a decent curry, I feel we’ve been spoiled by how much good curry there is and I need it in my life! I’ll do that and then just see friends to be honest.

What can people expect from CHVRCHES on the big stage?

It’s a definite challenge with this kind of music. How do you take it to a live show and not scare people? We have a live drummer, a guy called Johnny Scott who has been around Glasgow for years now. He’s definitely brought a different element to it in terms of the dynamics to it in terms of the performance. Everyone’s going to have a different opinion no matter what, so you might as well try and have fun with it: what’s going to communicate these songs well, what feels emotional and cathartic and engaging. And I feel like that should be obvious over the course of time and I try and be conscious about it.

How are you feeling ahead of TRNSMT?

By the time we get there, we’re just about to hit our stride. It should be good fun. Each performance is different, depending on what the venue is like, what the crowd is like.  You can rely on Glasgow to bring it pretty hard, so that will be good. Live shows have always been a big important part of what we do.

Welcome CHVRCHES home during their TRNSMT set on Sunday 8 July 2018, get your tickets at the TRNSMT official site.