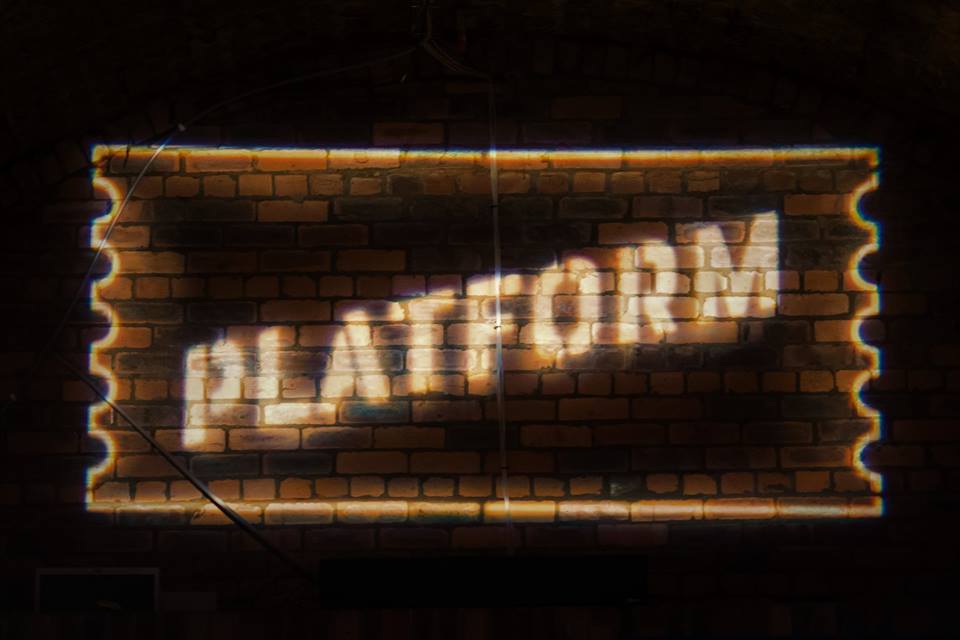 TRNSMT is taking festival food to the next level this year with Platform, the latest edition to Glasgow’s street food scene.

For the duration of the festival, Platform’s traders will be leaving their home at Argyle Street Arches and going on tour to Glasgow Green. Expect everything from pizza to shrimp. One thing’s for sure – you’ll want to eat it all!

We caught up with Paula O’Rawe and Chantal Jarem from Tiny Dancer’s Sliders to talk about taking their food to TRNSMT.

Announcing @PLATFORMgla is slathering on its sun-cream and stepping out into the sunshine to join the incredible line up @TRNSMTfest!

Closing the doors at @argyleSTarches for the duration of TRNSMT, #PlatformOnTour looks forward to getting outdoors and getting tasty at TRNSMT. pic.twitter.com/344vncPToJ

How does it feel to be providing food at this year’s TRNSMT festival?

Chantal: It’s really classy isn’t it, when we used to go to festivals in our youth it wasn’t very good food-wise, so hopefully this will be something else to look forward to at the festival as well as the music, some yummy food to go with it. We’re thrilled that we’re coming along. We’re going to have a bigger burger, walking around with our normal sliders won’t be festival friendly so we’re going to be going large.

Paula: Yes Tiny Dancer goes large, but we’re keeping the quality that’s our number one focus. We’re keeping the range of flavours too, we’re really excited. The crew are very excited about going to the festival, all the young ones, and we’re thrilled too, it’s a big step for us and we can’t wait. We’re going to throw ourselves into it, plan well and enjoy the atmosphere.

Chantal: It’ll be a crazy ride.

Is there any bands you’ll try and sneak away and see?

Paula: My eyes are set on Queen of course.

Chantal: I wanna be like oh yeah, I’m here to see them or them, but actually yes, Queen.

Paula: We’re really excited to be near the King Tuts stage actually, to see new bands and what’s going on there, that’s really exciting. We don’t get out to see bands much so I’m really excited. 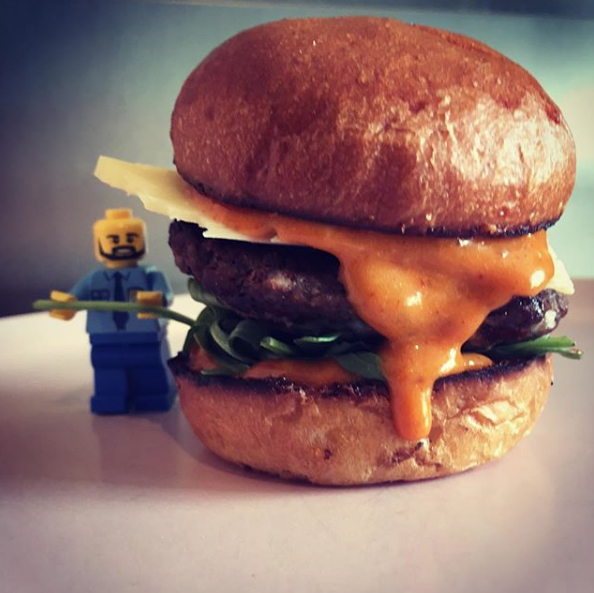 Platform only launched in February this year and now you’re heading to a massive festival, it must feel crazy!

Paula: It’s a huge jump, not for everyone but for us in particular and it’s so exciting to go with Platform as a team and with the support we all have for each other. We’ve all become friends and help each other out. TRNSMT is massive and thrilling and exciting and it’s a dream come true to be doing this if I’m honest.

Chantal: We’re the rookies and it’s like ohhh wow, I can’t believe it.

Paula: It’s amazing that it’s in Glasgow, in Glasgow Green and with all the brilliant people that come from all over the country. Platform has proved itself to be exciting and the food is exciting, people will come and go but hopefully we’ll keep coming back, and it really stands for good quality but it’s pretty high standard.

You get everybody wanting handmade stuff, so it’s unlike other places. We hand make every little slider for the reason that we want to, but also because with the product we have it only works if you keep that uniqueness. That’s the same for everybody and I think in Glasgow what people have finally said is that the weather is a problem and are taking it inside in some capacity and that’s been a game changer in Glasgow,

How does it feel that you’re getting to showcase the best local produce at TRNSMT?

Paula: People are such foodies here, the quality is the traders putting their heart and soul into what they make, they sometimes put that over profits because that’s what the business is about and what they want to do. It’s owners making food from the heart, it’s a bit naff but it’s true.

Our bacon is from Ayrshire, our beef is from Finlay Farm in Wishaw, Shotts, it doesn’t get much more local than that. It’s really promoting good produce and believing in it and trying not to hide behind tricks. 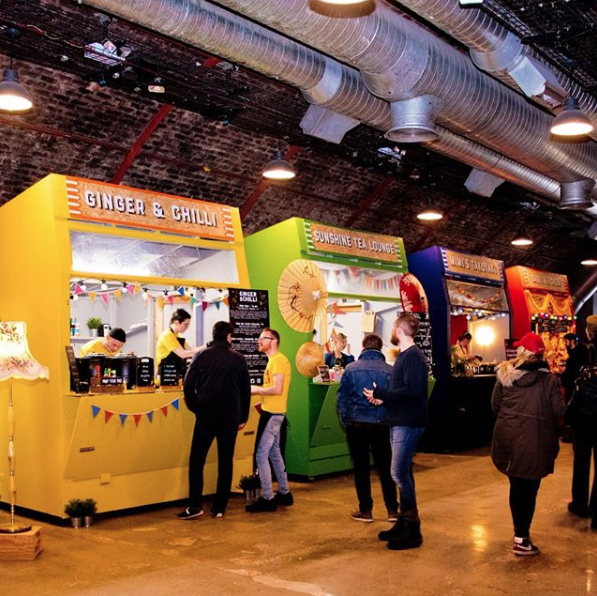 How are you incorporating different flavours into the food?

Chantal: I’m not originally from Glasgow, I’m Australian, but I’ve lived here for over a decade now so it’s great.

Paula: I’m Celtic Brethren from Belfast but I’ve been here 25 years. We think about Australian flavours and Belfast, but at the moment we’re sticking as close as we can. I’d love to do a really Scottish thing but you have to be careful with that because it can get quite naff and everything has to be such high quality.

We change our sliders nearly every week so we’re constantly on the move trying to think of new flavours. We’re just building up a log of sliders, it would be nice to eventually give people the choice of ten or 15, just keep building and building.

Chantal: I’m always talking about ‘the lot’ which is a burger from Australia that everyone haves, but it’s just trying to make that in slider form, we’ll get there one day.

Have you got any special burgers planned for TRNSMT?

Chantal: We don’t want to give too much away.

Paula: We might have a trick or two up our sleeves, we’ll try some things and if it doesn’t work well we won’t use it but if it does we will. We’re going to have a background team working and a team serving and keeping everything fresh and it’s just about our crew really, keeping them focused and trying our best, get them working in the background. We’re going to do Tiny Dancer goes large with bigger sizes, but keep the quality and the range, so we’ll see what we come up with. 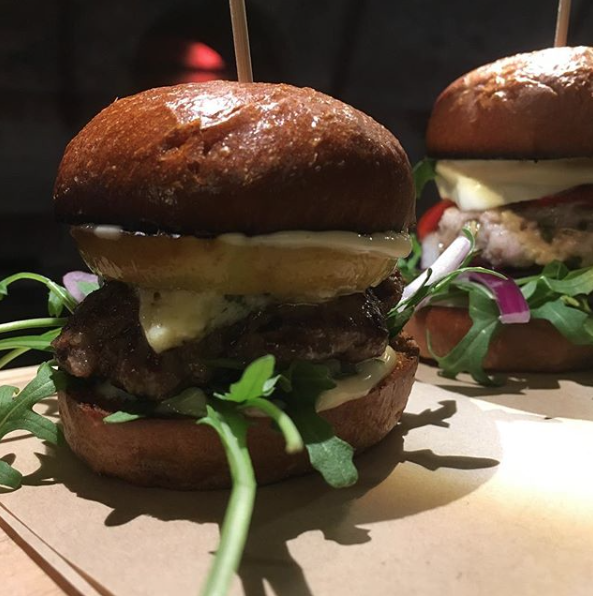 Don’t miss out on Platform on tour and a Tiny Dancer burger at this year’s TRNSMT fest, grab your tickets here!