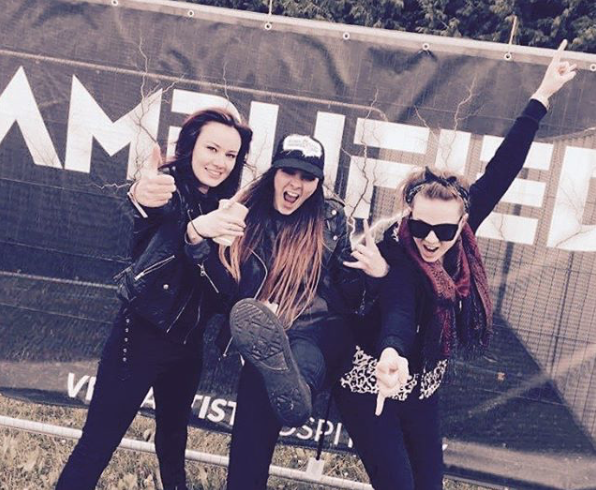 All girl rock band, The Amorettes, are on their way to world domination with their latest headline tour and new album. We caught up with Gill, Heather and Hannah to chat about TRNSMT festival.

How does it feel to be playing TRNSMT the same day as bands like Queen?

Heather: I’ve loved Queen since I was little, they were my favourite songs as a kid.

You’re all from West Lothian, it must be cool to be playing a festival so close to home

Gill: It’s so good, I think it’s one of those festivals that’s really nice.

Heather: We did our own show in Troon last week and it was great too, plus it’s one of those ones you don’t even need to travel for, it’s just kind of happening in your back garden, it’s really nice to be a part of something that’s Scottish.

King Tuts is a venue you’ve returned to again and again, and now you’re playing the King Tuts stage at Glasgow’s very own festival

Heather: They’ve always been good to us so it’s going to be a good highlight of the summer anyway.

Gill: I think having it either main stage or King Tuts means nothing clashes which is good.

Heather: That’s how you get new fans as well cause they’re like oh we’ll go and give them a shot and people go oh wow they’re pretty good! To be on the same bill as bands of this calibre, we’d probably never get that another time. To play such a new festival as well it’s so great to be a part of it.

Are you looking forward to playing to a Scottish crowd?

Hannah: You always feel more nervous when people you know are coming because it’s close to home though, like family and stuff.

Gill: It’ll be really good with such a big crowd as well. 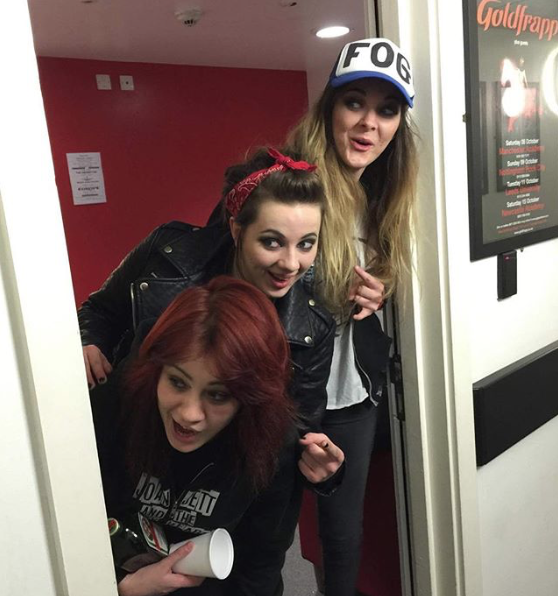 You’re in the middle of a headline tour and are set to play quite a few festivals this summer, how do you keep up with it all?

Gill: It feels good to be busy! With the new album we’re just trying to get to the corners of Britain, try and get as many people involved as we can. We’ll hopefully get to tour around Europe this year, our label is actually German.

Heather: We just want to push it as far as we can and keep the ball rolling, it’s what we’re in it for, no one said it was going to be easy but we love it!

Apart from playing, what part of TRNSMT are you most looking forward to?

Gill: I think we’re most looking forward to seeing a lot of the other bands.

Heather: Yeah, there’s a lot of different genres too. It’ll be a lot of bands we haven’t seen before or don’t really know and such a mix of crowds as well, it’ll be a great atmosphere.

Gill: It’ll be good cause we’re on quite early so we’ll have the rest of the day to sort of explore and to see other bands and have fun. Hopefully we can meet Queen as well, we’ll need to make it happen! 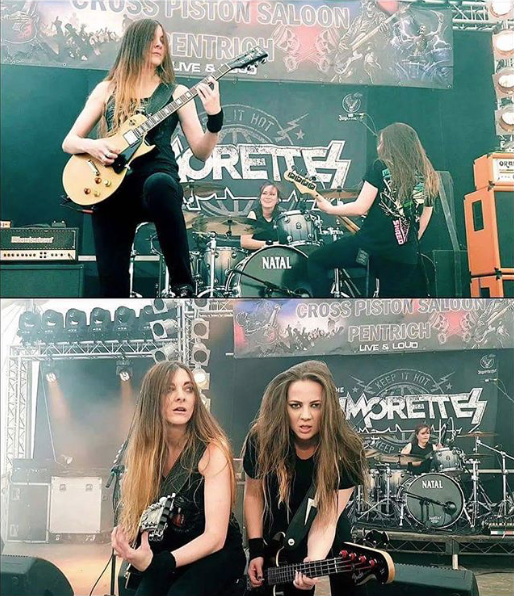 How will you be preparing before you hit the stage?

Gill: We try not to vomit and warm up as much as we can.

Hannah: Yeah, it’s a really active show so you have to warm up and stretch first!

Do you have any plans for the next album yet?

Heather: The last album just came out so we haven’t’ written anything new yet. We’re going down south next weekend to Camden Rocks so that’ll be good. Really we’re just getting the ball rolling and doing shows then maybe we’ll start writing the new album.

The Amorettes will be getting stretched and ready to play the TRNSMT King Tuts stage on Friday 6 July. Get your tickets here before they’re gone!