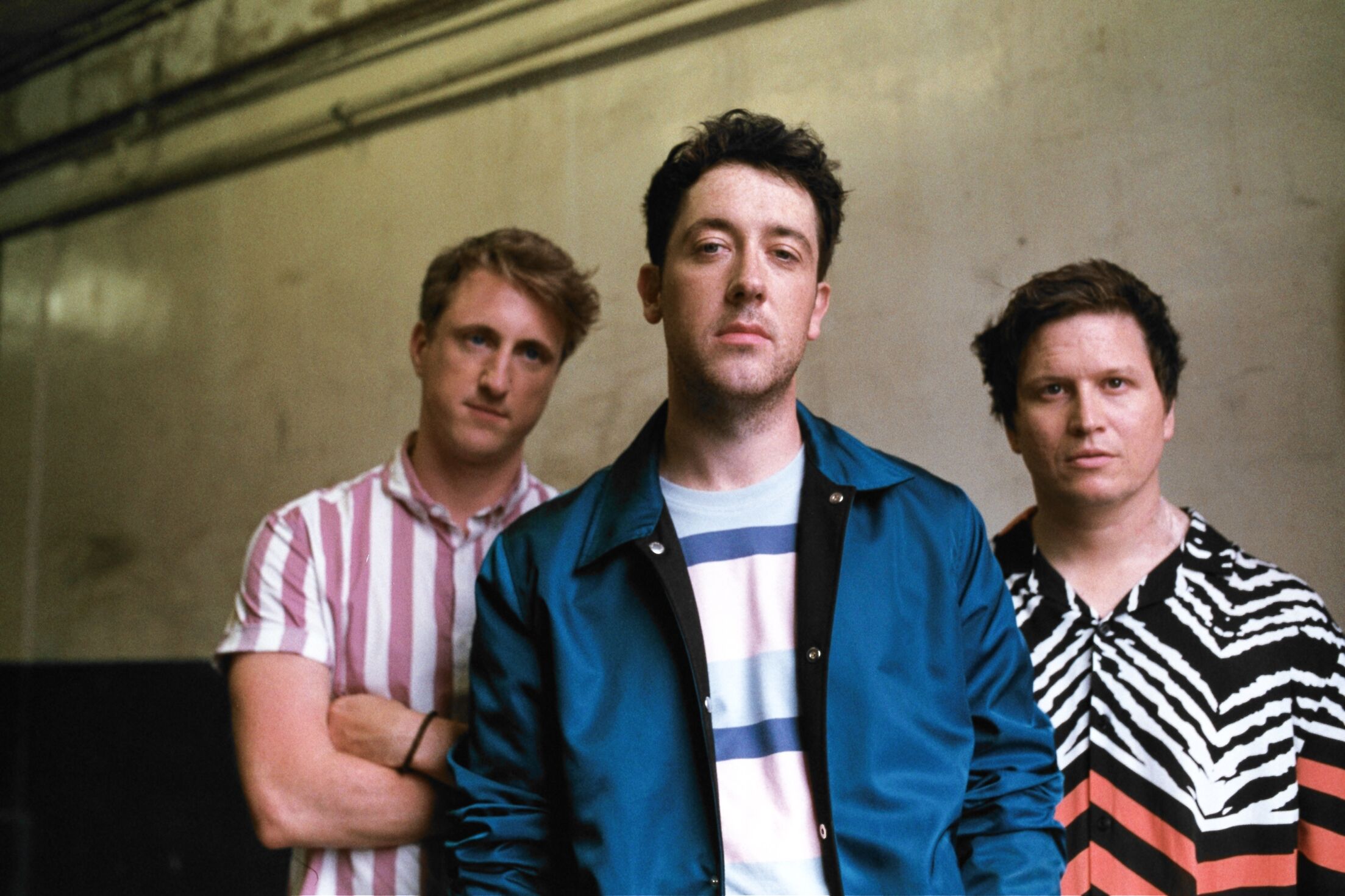 Long standing Liverpudlian band, The Wombats formed back in 2003 and are no stranger to the spotlight. Hot off the back of their UK and European tour, the trio are preparing for a summer of festival fun.

Guys, the countdown to TRNSMT is well and truly on! Yaldi. Siobhan Macdonald chatted with drummer, Dan Haggis about touring, returning to Glasgow, and growing as a band.

The band, looking forward to being back in Glasgow to play the TRNSMT main stage on Sunday 14 July, started off our conversation reminiscing about their knock-out shows back in January

“They were such fun shows! We’ll never forget them, especially one of the nights when a couple got engaged,” exclaims Dan.

📣TICKETS! Get your TICKETS!! 📣 @TRNSMTfest is on sale NOW 🎉

“We’re currently off tour and working on new music so not really thinking about festivals yet. Preparations for heading out on the read includes cooking, doing yoga and keeping up to date with Game of Thrones.”

Outside of the tour bus, the band are working on getting themselves ready for a summer of sun (hopefully!) and festival frolics. Dan adds: “We’re doing loads of weights in the gym, but only working on our neck muscles so we all look like Mr Universe types with necks thicker than our heads, but with really scrawny bodies.”

After a riotous show at Glasgow’s O2 Academy in January, the trio are getting ready to wow thousands, upon thousands of fans at TRNSMT. But, as a band, what’s the difference between intimate shows compared to the festival stage?

The answer is simple, Dan explains: “They’re both good in their own ways. The main difference is mud and face paint.”

Bands are used to living life on the road, going from different cities and multiple countries each day. After 16 years in the business, The Wombats are no stranger to this. Off the back of their January tour, Dan – and the rest of the band – get joy out of touring.

“I love discovering new cities, trying different food and meeting new people,” enthuses Dan. “Waking up on a tour bus and forgetting where you are then looking out the window and seeing Prague or somewhere in all its glory is still pretty awesome after all these years.”

Throughout their time as a band, The Wombats have grown, just like their fanbase and the grand scale of their tours, too.

When asked about their favourite place to perform, Dan has his top spot: “I think Riverstage in Brisbane is one of the best venues we’ve played, it’s a natural amphitheatre in the botanical gardens and just before you go on stage there are hundreds of bats flying around the place, it’s pretty magical.

“If I had to choose a city to go play right now it would probably be Tokyo!”

The Wombats have probably one of the most passionate fanbases in the music industry, and the band know that. At live performances, the older songs from their first album – we’re talking Moving To New York – are some of the biggest crowd pleasers.

“It’s amazing yeah, but if our fans only knew those older songs it might not feel quite as good,” admits Dan. “The best thing for us is that most of our fans at the live shows know literally every word to every song from any album!”

“A couple of years ago we did some first album 10-year anniversary shows and played loads of songs from that album, the reaction was unbelievable and it really feels like our fans know the album as well as we do!”

After 16 years in the music industry, you’d think it would be hard to keep coming up with new ideas and fresh concepts. However, with the energy and enthusiasm from The Wombats the trio don’t have to worry.

“We just love making and performing music so we just focus on that really and the rest takes care of itself,” adds Dan. And with a strong bond between Dan, Matthew Murphy (vocals, lead guitar) and Tord Øverland Knudsen (bassist) their work/friendship balance is down to a tee, which helps when it comes to the band’s process of writing new music.

“Every song writing process is different,” explains Dan. “Over the albums we’ve learnt so much about the recording process. On the first album we arranged all the songs in the practice room (or my Dad’s lounge!) with just the three of us playing around until we were happy.

“Over the last couple of albums, we were able to start some musical ideas in Liverpool, send them to LA for Murph to write the lyrics or melody, then record them together in London without ever having actually played the song together in a room.

“It’s so important being open to new ways of writing and changing things up to stay interested and keep the element of surprise in the song writing!”

“Murph [writes] about his life and thoughts,” explains Dan about the band’s creativeness.

“We tried to push the music at times in a slightly more riff/groove based, occasionally psychedelic direction compared to what we’ve done before. Especially on tracks like I Don’t Know Why I Like You but I Do, Cheetah Tongue and Ice Cream.

“Often lyrically it’s real life events that Murph embellishes into a song, musically it can literally be anything. I usually try not to listen to much other music before starting to write something as I don’t want to be too influenced by any one song or style.”

After a busy 2019 so far, and an even busier summer ahead, fans still have a lot of exciting things to look forward to from The Wombats.

“We’ve started writing our fifth album and have a few songs in the bag already! We’re actually going to release a sort of Rarities album of old demos, unreleased B–Z sides over the next few months hopefully,” continues Dan.

Antwerp, you crazy bunch. Thank you 🎉 Tilburg, we'll see you at 21:15… put on your dancing shows #WombatsOnTour 📸 @philsmithies

“It’s mainly just for fans who are interested in hearing some of the songs that didn’t make our albums and decluttering our hard drives!

For now, have you nabbed your tickets for TRNSMT? The Wombats play the main stage on Sunday 14 July – enter our competition and you could be there!