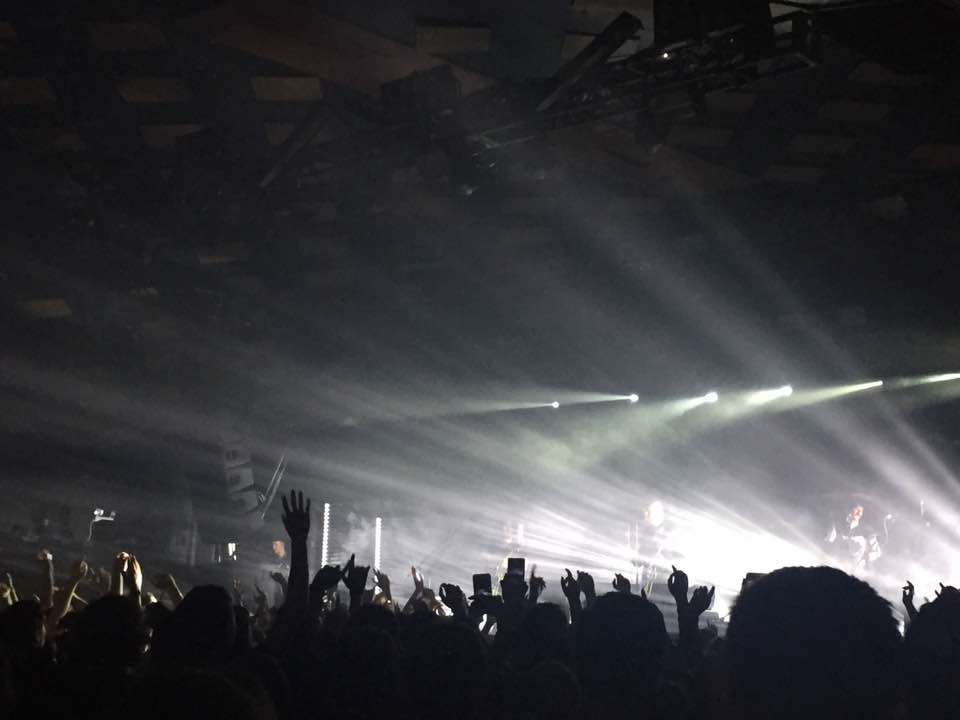 Our favourite Scottish band, Twin Atlantic,  took to the stage on Tuesday night to play one of three sold out gigs at the legendary Glasgow venue, the Barrowlands.

Despite the boys being offered a night at the SSE Hydro, they opted instead for three night at one of Britain’s most beloved music venues. The Barrowlands in Glasgow is famed for its blinding lights, bouncing floors and over-flowing cider – we were sure to be in for one hell of a night.

Sam McTrusty owns the stage from the minute he swaggers on. “I want to hear you sing Glasgow,” he growls at the crowds as he flings himself around the stage, bouncing from hit to hit.

Hands in the air, near constant jumping and croaking voices – neither the crowd nor the band let up for an instant. From Gold Elephant: Cherry Alligator and You Are The Devil to crowd favourite Free and Heart and Soul, every hiss of the guitar and every thump of the sound system had fans wanting more.

Despite the gritty guitars and relentless rock anthems, the most memorable moment of the night was when Sam takes to the stage alone to sing ‘one of the most personal songs” – his raw and energetic ode to Scotland, Mothertongue.

Although the band recorded most of their latest album in LA, it seems that Twin Atlantic will never escape their Scottish roots. And with a homecoming show this good  – thank goodness for that.

Check out our podcast with Twin Atlantic below and hear Kirsty McKenzie talk to bassist Ross and guitarist Barry about birthday parties, break-up rumours and injecting the spark back into their music.