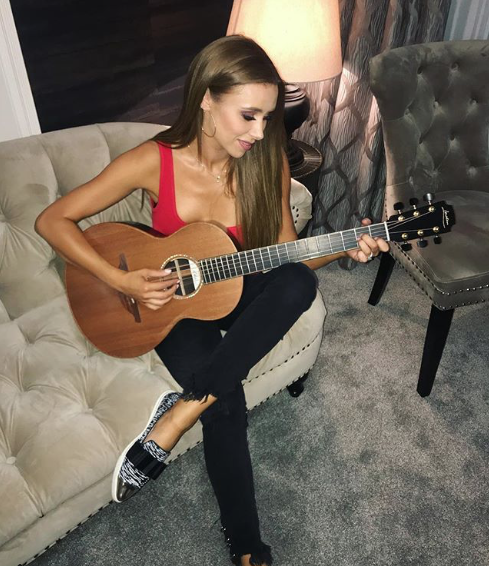 Una Healy is still as passionate about music as during her time in girlband The Saturdays, but this time she’s going solo.

We caught up with the Irish singer-songwriter ahead of her show at King Tuts next week to talk about her current tour, her next EP and the move from mainstream pop to ‘acoustic pop folk’.

This is the second time you’ve toured solo since your album came out, how does it feel to be back doing shows?

It’s great as it’s my first proper tour travelling around Ireland and the UK, I can’t believe it’s here already! It’s quite a compact tour, but stripped back and acoustic, I’m so excited. I have 64 first cousins in Ireland who are going to pop down when I’m there. It’s a great chance for the family to get together, being home is lovely and any opportunity to go back to catch up is great. I’ve just been waiting for this.

I’m just going to continue to get the songs together and writing. I never stop writing because you never know what will come up, I love it and enjoy it and it’s important to do things you enjoy and keep going. These gigs are my first proper solo tour, I’m hoping to get back out and tour later in the year, but I’ll just see where life takes me. There’s a chance we might be moving abroad so it all depends on that, I have to wait and see, I might have to take the music with me!

It’s not too bad! My husband is at home, he’s taken time off and we Facetime all the time as well. Of course I miss them, but they know that’s my job and I have to keep doing what I do, they understand. You have to keep on top of the trends with the kids, my daughter tells me names of YouTube people, it’s so funny – she’s educating me! There’s a responsibility to protect her you know, there is danger, there’s predators out there, you want to be sure you’re protecting your children. I also need to stay cool and know what’s going on or she’ll think I’m so old fashioned!

You’re playing King Tuts next week, how does it feel to be playing such an iconic venue?

I’ve heard brilliant things. Oasis began there and there’s the steps with the band names names on them, I’m excited to see the place! I love a Scottish crowd: they’re so supportive. I’ve had some of my best shows and fans come from Scotland. I always feel really at home there too, with the Celtic connection between Ireland and Scotland as well its lovely, it’s another home really. I’m just excited to see the Scottish fans, they’re always so welcoming.

You spent years doing massive tours with The Saturdays, how is it touring solo compared to with a band that was so popular?

It’s very different and it’s all brand new. The audience gets this new music that I’ve been working on for four years, its something I’ve always wanted to do. I can’t wait to connect with the audience, they take to songs that have meant something to them or helped them through a difficult time or made them happy, that’s really special having that connection. 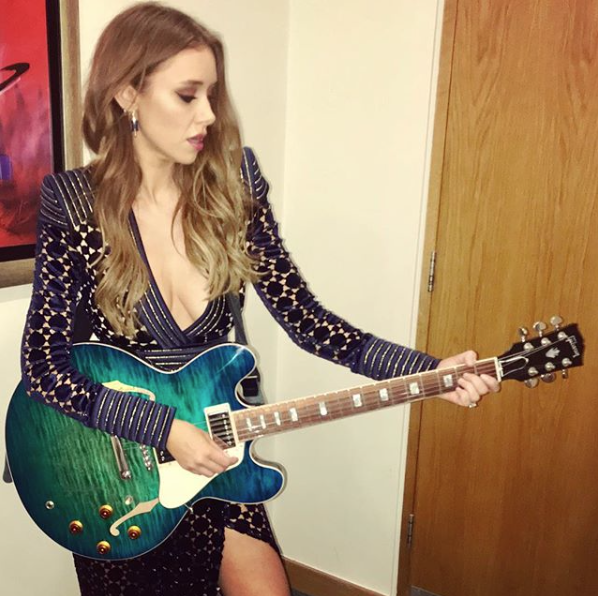 You made the move from pop music to a more country sound, what influenced that decision?

It’s just naturally what happened. I started writing and these songs came about, country is emerging all the time and I’ve had the pleasure to write with a huge stars, to sing in Nashville, to perform at festivals. Being part of the culture isn’t a bad thing. I would say the style is more singer songwriter, it has that Celtic folk sound that’s a huge part of my background and I love a pop hook, it’s always thrown into my music, the sound is all a very acoustic pop folk.

Is it something you feel is more a reflection of you?

Yes, with any new music not very many people will shoot to the top straight away. These venues are the best for it to grow, any sound that’s striped back in a set is the perfect way to see if a song is good. To feel that as a new artist starting on my own, to show the audience something new, it’s something I’ve always wanted to do!

Do you think you would ever go back to making pop music?

Maybe production wise, my new song is a song I wrote four years ago, it was acoustic and now it’s been produced into an EDM track! The melodies are there and the song is there, but it’s nice to do that. Never See Me Cry was mixed by the Seventh Heaven guys, but the song is still there, it’s nice to experiment. Any song can become anything you want, it’s all about the song itself. If it sounds good acoustically it’s a good song, that’s why the tour is the perfect place to get a feel for the music and what works.

You have a new EP coming out soon, can you give us a hint at the release date?

I have loads of material ready to go, I’m whittling it down from about 40 tracks right now but I keep dropping tracks as I go along! That’s what’s next but I have no definite date yet, it will be towards the end of this year, definitely this year.

What advice would you give to budding singer-songwriters?

Keep working really hard at what you do, try get into a studio or do it at home. Set up a whole thing, you can even do it on Garageband and programmes like that. Record yourself, meet up with other like-minded people, keep performing, but don’t expect anything to happen overnight. Be prepared for knockbacks: that never stops. People need to know it isn’t all glamorous. The highs are great and exciting, but there are harder times. It’s hard work, but so is anything you love. 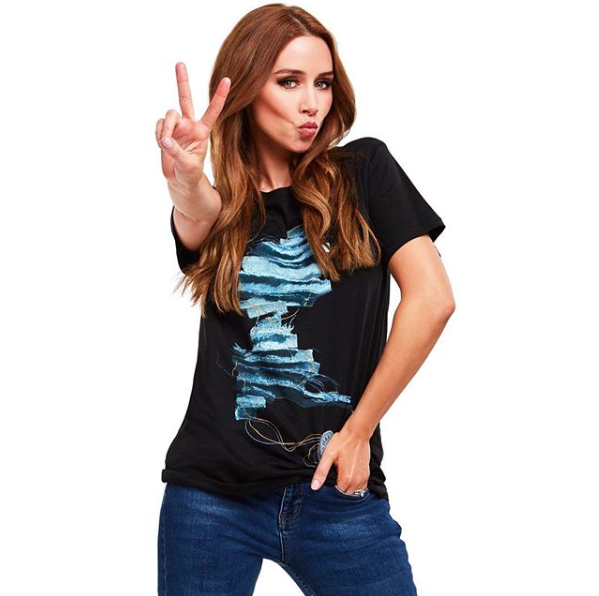 What has been your experience as a woman in the music industry?

It depends, I wouldn’t say difficult, I would say challenging. Anything you want will be challenging. I can’t speak on how different it is for a man, I’ve obviously only ever worked from the point of view of a woman. Women are all working so hard and are equal, we’re equal to men, and are doing our thing whether its music or sport or education. Wherever you find yourself just keep going with it, up the girls!

Will there be a Saturdays reunion anytime soon?

Not soon, there is a chance it will happen, but when the time is right. Right now it’s a bit too fresh. People like to go and revisit bands they love, but it’s just not something that will be happening soon.

Who are you listening to right now?

I love everything but all that new sort of dance country that’s going on like with my new record. I love all those dance acts, I’m quite big into my dance music really! I think it’s good to keep an eye on what’s new.

Una is playing King Tuts on Tuesday 19 June, get tickets for her Glasgow show and the rest of the tour here.