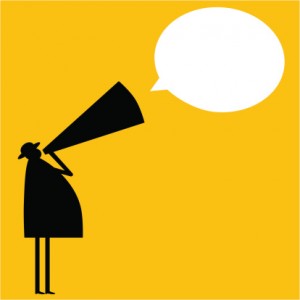 Kenneth Pritchard, 24, is a political consultant. Like many young people in Scotland, he was disappointed with the news that the UK had voted to leave the EU. He tells us why he thinks that not enough young people voted in the EU referendum.

It is a well-known fact that that young people in the 21st century have become disengaged with politics. If evidence from the polls is to be believed, young people failed to turn out to vote in the EU Referendum. Sky Data put 18-24 turnout at 36% and 25-34 turnout at 58%.

With so much at stake for young people and their futures, where did we go wrong?

I think it all starts with the movement of politics in the past 10 years. Since the market crash in 2008/9 and the recession that followed, young people have seen everything from job losses, rising tuition fees, cuts in research funding, unaffordable housing and an increase in the cost of living. In that time, we’ve had two governments who have categorically failed to address the issues that young people, whether working or studying, are facing.

We are one of the hardest working generations in modern history but our optimism is constantly shattered by the government’s failure to acknowledge our needs and ways of life.

Young voters have faced the perfect storm, culminating in a helplessness that vibrated across the country when we learnt that young people did not come out to vote in the referendum. This logic becomes more convincing when we think about the significance of the referendum; young people are more likely to feel the effects of the UK leaving the EU than our older generations. Because of the voting results, we are now restricted on opportunities for study, working and travel for the foreseeable future.

Social media and the wider media have a lot to answer for as well. On Twitter and Instagram we saw hundreds of posts from friends and celebs that reflected our own views and values.  We were lulled into a false sense of comfort. It’s similar to the X Factor phenomenon – social media is flooded with support for one contestant so you think, why even bother voting? Sadly, our dependency on social media for the news meant that many young voters who were on the fence risked not making a vote at all. They might have thought that we would Remain regardless.

Helplessness played into the hands of the Leave campaign, as many young voters would have thought that, whatever the outcome, their vote wouldn’t have been heard. This is not just the case in the UK – as we look across the globe, there is a shift in the perception that politics is an exclusive club where young people don’t have a voice. Bernie Sanders has reached out to millions of young voters across the US, and yet Hillary Clinton will be the winning candidate.

I am 24 years old, and like many of my peers I was distraught to hear that we had voted to Leave. But what has made me more upset is that so many people in my generation didn’t feel that their vote was valuable enough to be cast. The referendum was the culmination of a failure in democracy and a testament to a generation who have been left by the wayside for too long. Young people now bear the responsibility of setting the example to younger generations, and ensure that the UK remains an inclusive, united and welcoming country to the rest of the world.

Why do you think not enough young people voted? Let us know on Twitter!

Sometimes, companies providing services for students will stop by to tell Source readers more about what they have to offer.