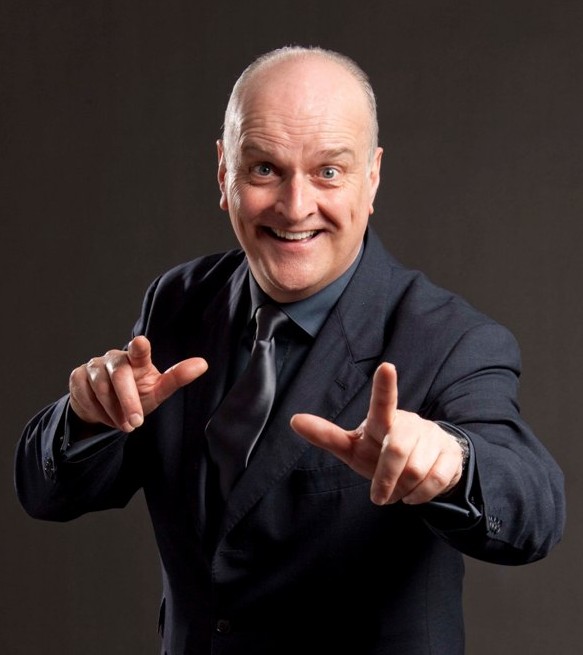 You might not recognise the name, but you’ll definitely recognise the voice. Peter Dickson – the voice behind The X Factor – put down his script to talk business with Source’s Lindsay Cochrane…

How did you get into voiceover work?

Ever since the age of ten, I wanted to be a radio announcer. An odd thing for a ten-year-old to want to do, but we all have our ambitions! However, I still thought I should go to university in case things didn’t work out, so I did a four-year Honours degree in psychology. Right after that I went into the BBC in Belfast as a trainee journalist and worked my way up. In the early nineties I went completely freelance, first of all as a radio presenter and then into voiceovers.

How did your very memorable X Factor voice come about?

That, interestingly, was something I developed for the show. When I first saw the pilot for The X Factor, I took a long, hard look at it and thought: ‘This is big, almost like a pantomime of a show’. So there was only one voice for it! To be honest with you, doing the voice is absolutely exhausting!

What does an average working day involve for you?

I’m up at seven o’clock every morning, in the studio at about eight, and I work on a whole range of stuff. No two days are the same for me. I can work on a whole variety of things, like corporate video for large companies to documentary narration for channels like Discovery, Channel 4 and the BBC. I also do a lot of character voices for X Box and PlayStation games, that’s great fun. And big TV shows like All Star Family Fortunes, Chris Moyles Quiz Night, Britain’s Got Talent and X Factor obviously, Live at the Apollo, Alan Carr, Michael McIntyre. I am kind of the exclusive voice on all those shows – my manager West Taylor keeps me very busy…

Tell us a bit about your iPhone app…

It’s called Peter Dickson’s Pocket Announcer. It’s just gone into the Android marketplace as well. You can create an unlimited number of unique sentences and save them to your phone or post them to your Twitter or Facebook page. People are having great fun with it.

Finally – who’s been your favourite X Factor contestant to announce on stage?

Oh, there’s no contest! [puts on X Factor voice] Rachel Adedeji! God, the amount of publicity I have given that woman – she owes me at least an Aston Martin. Funny story actually, with Joe McElderry, I didn’t question how you say his name. When it came to the live show, I’m merrily shouting out on the television: ‘Joe McEl-dree!’ And it all goes through fifteen-odd shows, right up to the final in December. At the aftershow party, his father comes up to me and says: ‘You know our name’s not McEl-dree, don’t you? It’s McEl-derry’. [laughs] I was mortified! Nobody told me, Joe was probably too scared to have it changed. I renamed the boy!

Hear Peter’s famous voice on The X Factor, Saturdays and Sundays on ITV1.