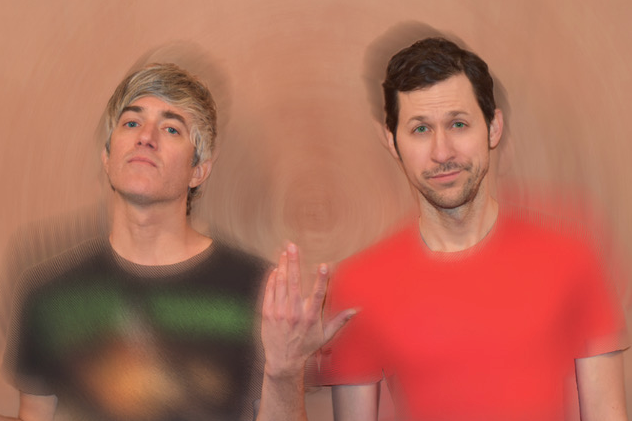 We caught up with lead singer and guitarist Keith Murray of indie rock sensation We Are Scientists before his Glasgow gig.We chat new music – like the new album Megaplex, hanging out in New York and Keith’s true feelings about scientists.

Are you looking forward to your tour?

When you’re staring down the barrel of three months of straight touring… but once I’m on the plane all the preparation will be behind us. We all get on really well, and Chris and I hang out every day in New York, and we hang out with our drummer Keith Carne, too.

We hang out unprofessionally, and I mean that in every sense of the term. Playing shows is obviously really fun, but sitting around in venues… not so much. But you have to do it to play shows!

Is there any downtime or chance to have fun when you’re touring?

We’re huge movie goers and there’s never enough time to go watch a movie, so we torture ourselves by looking at the listings and weeping inconsolably.

We Are Scientists is 18 years old – old enough to drink. How do you keep things fresh?

We haven’t really had to take measures to keep things fresh, we’re close enough friends and we like the art the other makes. Our tastes are just different enough to keep things evolving as all music should do. We’re still interested enough in the music, and mutually interested in new ideas. Also I consider Chris the funniest person in the world so I’m always entertained.

What’s more important – the friendship or the band?

How do you write the music?

We write separately in our own home studios and then do a big data dump and ruin each other’s songs. He’ll import all my files, destroy them, basically remix the original songs and make them much better.

How did the band name come about?

We Are Scientists are playing Garage in Glasgow on Thursday 10th of May.